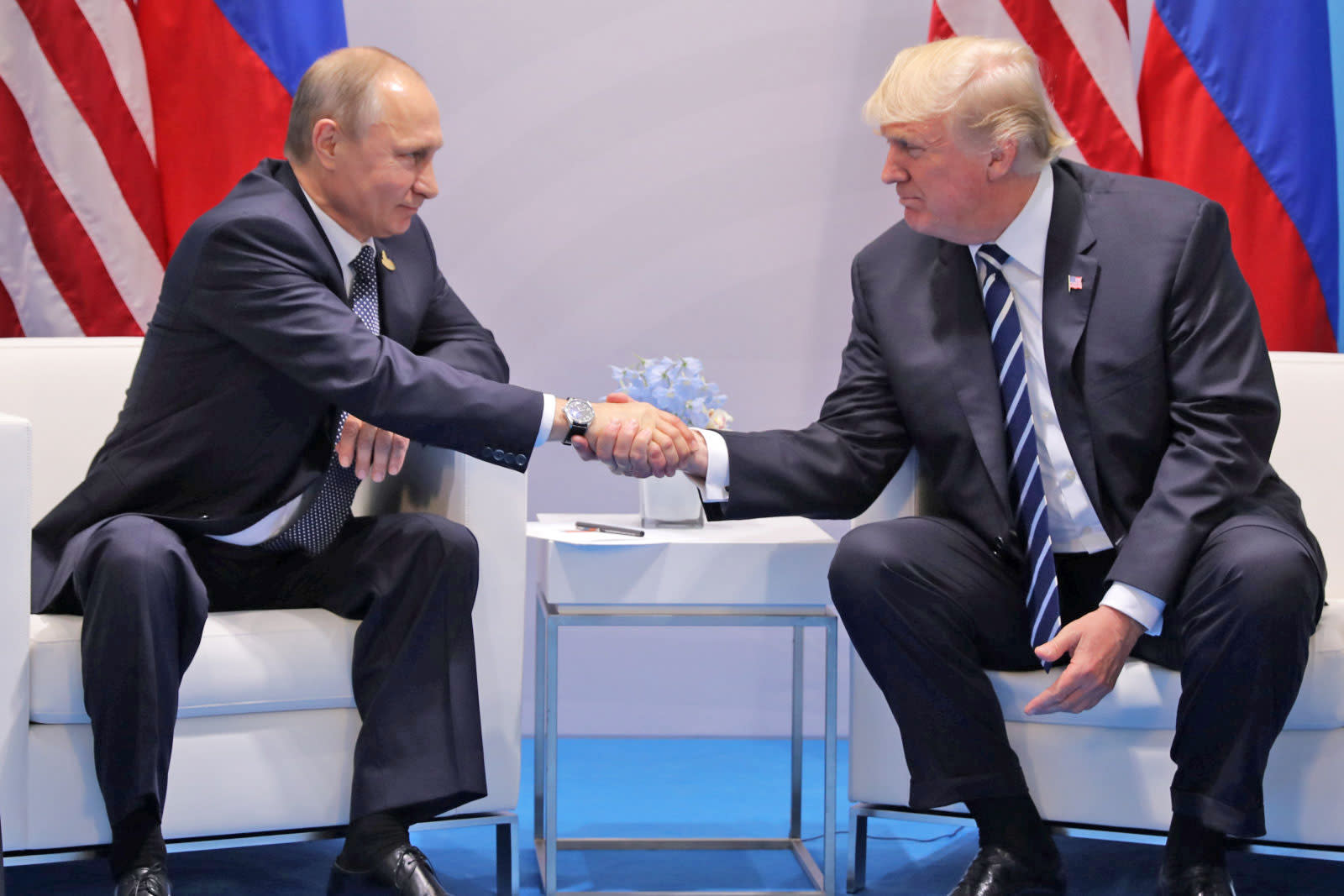 Yes, you're reading that headline correctly. In the wake of a meeting at the G20 summit, President Trump has revealed that he talked to Russian President Vladimir Putin about creating an "impenetrable Cyber Security unit" that would protect against "election hacking, & many other negative things." He didn't go into details as to what this meant, but the statement is baffling on its face. Multiple US intelligence agencies have determined that the Russian government conducted an election hacking campaign in the US, targeting the DNC's servers, elections officials and voting systems in a bid to help Trump win. Why would you trust the fox to guard the henhouse, especially when you're already taking heat over allegations of collusion with the Russians? Whether or not you believe the claims are well-founded, it doesn't look good.

The claim was unusual enough that it led some Republicans to criticize the move. Senator Marco Rubio likened teaming with Russia on cybersecurity to "partnering with Assad on a 'Chemical Weapons Unit,'" while Senator John McCain joked on Face the Nation that Putin's assistance would be helpful "since he's doing the hacking."

There's no mention of whether or not Putin was receptive to the idea. As it stands, there's a good chance that Congress and intelligence organizations would balk at the concept before it got off the ground. The concern isn't so much that it could happen as that it was even discussed in the first place -- even if you don't believe that Russia meddled in the US election, its fondness for state-sponsored hacking isn't exactly a well-kept secret.

Update: Trump has since backpedaled, claiming that discussion of a cybersecurity unit "doesn't mean I think it can happen." If that's the case, then, why bring it up with the public?

Putin & I discussed forming an impenetrable Cyber Security unit so that election hacking, & many other negative things, will be guarded..

In this article: cybersecurity, donaldtrump, election, gear, hacking, internet, politics, putin, russia, security, trump, vladimirputin
All products recommended by Engadget are selected by our editorial team, independent of our parent company. Some of our stories include affiliate links. If you buy something through one of these links, we may earn an affiliate commission.