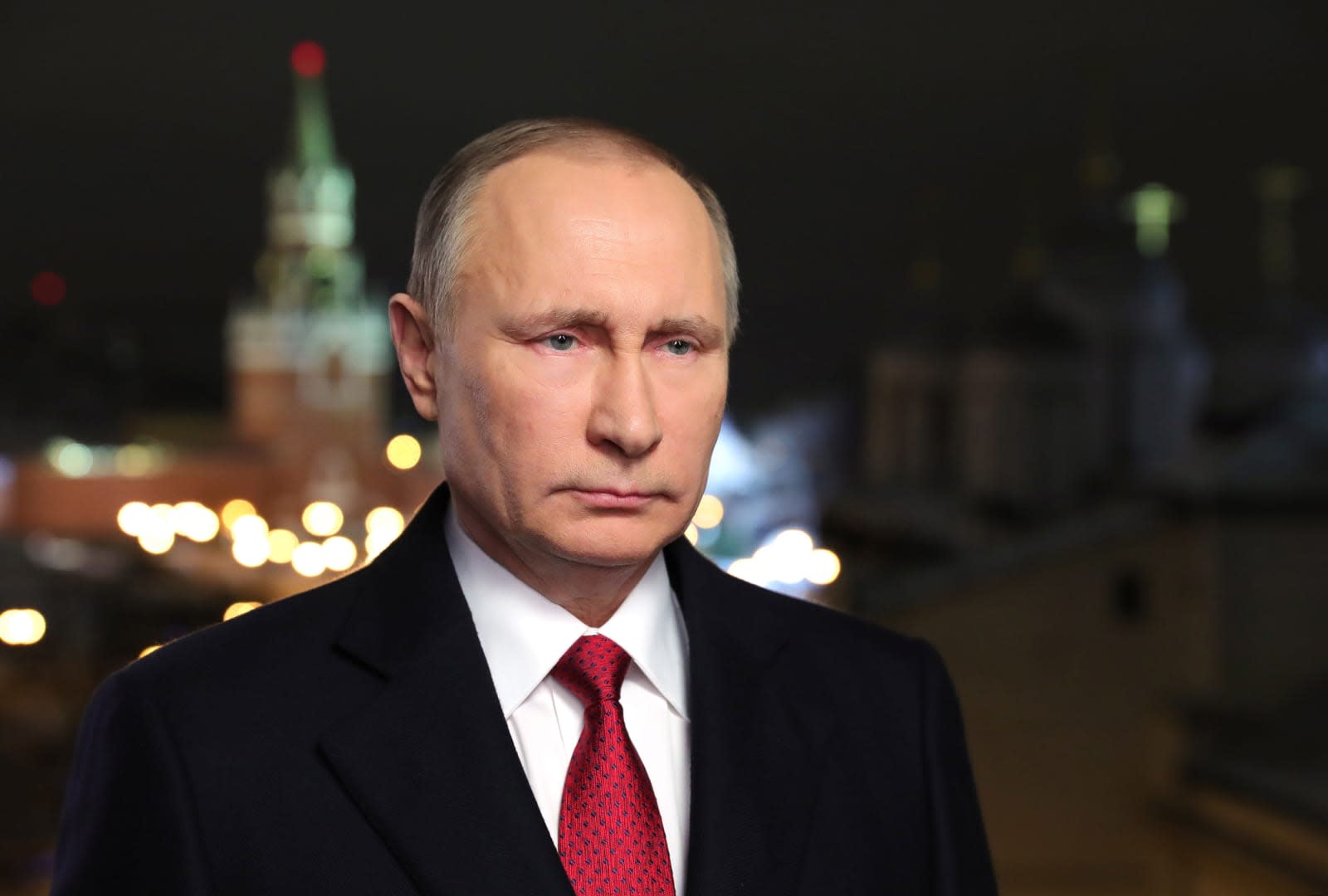 As promised, the US intelligence community has released the public version of its report connecting the Russian government to election-oriented hacks... and it isn't pulling any punches. The findings directly accuse Russian President Vladimir Putin of ordering an "influence campaign" to destabilize the American vote, with hacks as a major component. The authoritarian leader wanted to both "undermine public faith" in the democratic process and "denigrate" Hillary Clinton to make sure that Russia's preferred candidate, Donald Trump, took office. Many of the unclassified details will seem familiar, but the US notes that its conclusions are drawn from both intelligence collected by the CIA, FBI and NSA as well as knowledge about both the Kremlin and the organizations it props up.

Crucially, the agencies have "high confidence" that Russia used both its bogus Guccifer 2.0 persona and DCLeaks to disseminate info that its hackers had obtained from both the Democratic National Committee and Democratic officials. The Russians chose to feed this info to WikiLeaks because of its "self-proclaimed reputation for authenticity," according to the report, as well as state-backed media outlet RT's business with and sympathy for WikiLeaks founder Julian Assange. Moreover, the Kremlin cherry-picked data -- while it did scoop up information on both political parties, it only disclosed information about Democrats. The campaign is believed to have started no later than March 2016.

Russia has a recent history of anti-US hacking campaigns, the report adds. It compromised numerous local and state electoral boards (though not the voting systems), and has been targeting the World Anti-Doping Agency after it got caught running a cheating program.

Officials add that Russia's propaganda machine worked in concert with the hacks, with RT, Sputnik and other government-backed outlets trying to discredit Clinton (such as by celebrating WikiLeaks and parroting lies about Clinton's health) both online and on TV. There was even a social media campaign, "#DemocracyRIP," that was waiting in the wings if Clinton won -- if Russia didn't get its preferred US President, it would tarnish Clinton's presidency and sow chaos by questioning the democratic system.

The report also has dire predictions for the future. It believes Russia will use the "qualified success" of its US strategy for subsequent campaigns, both against the States and its allies. Notably, Russian intelligence started a spearphishing campaign against both US government workers as well as non-governmental organizations involved in defense and foreign policy. They may be gathering additional info to conduct more influence campaigns and learn what the Trump administration's plans will be.

As for Trump's response after seeing the classified version of the report? It's vague, and ultimately repeats his attempts to downplay or deny Russia's involvement. He doesn't single out Russia (he instead lumps it in with China and other organizations attacking the US), and insists that the hacking had "absolutely no effect" on the election, singling out the absence of voting machine hacks in particular. He also casts doubt on the conclusion, pointing to the DNC's reported reluctance to offer direct access to compromised servers.

Even with the DNC's hesitance, though, Trump's assertion mostly contradicts both the report and what we saw during the election. More than a few people cited WikiLeaks' data on the DNC and Podesta as a factor in their support for Trump. While there's no way to double-check the raw intelligence (that would "reveal sensitive [espionage] sources or methods," the US says), Trump is effectively accusing the intelligence community of spreading misinformation -- a pretty serious claim.

In this article: cia, culture, DirectorOfNationalIntelligence, donaldtrump, election, election2016, fbi, hack, hillaryclinton, internet, nsa, politics, russia, security, TL17RUSHCK, vladimirputin, wikileaks
All products recommended by Engadget are selected by our editorial team, independent of our parent company. Some of our stories include affiliate links. If you buy something through one of these links, we may earn an affiliate commission.
Share
Tweet
Share