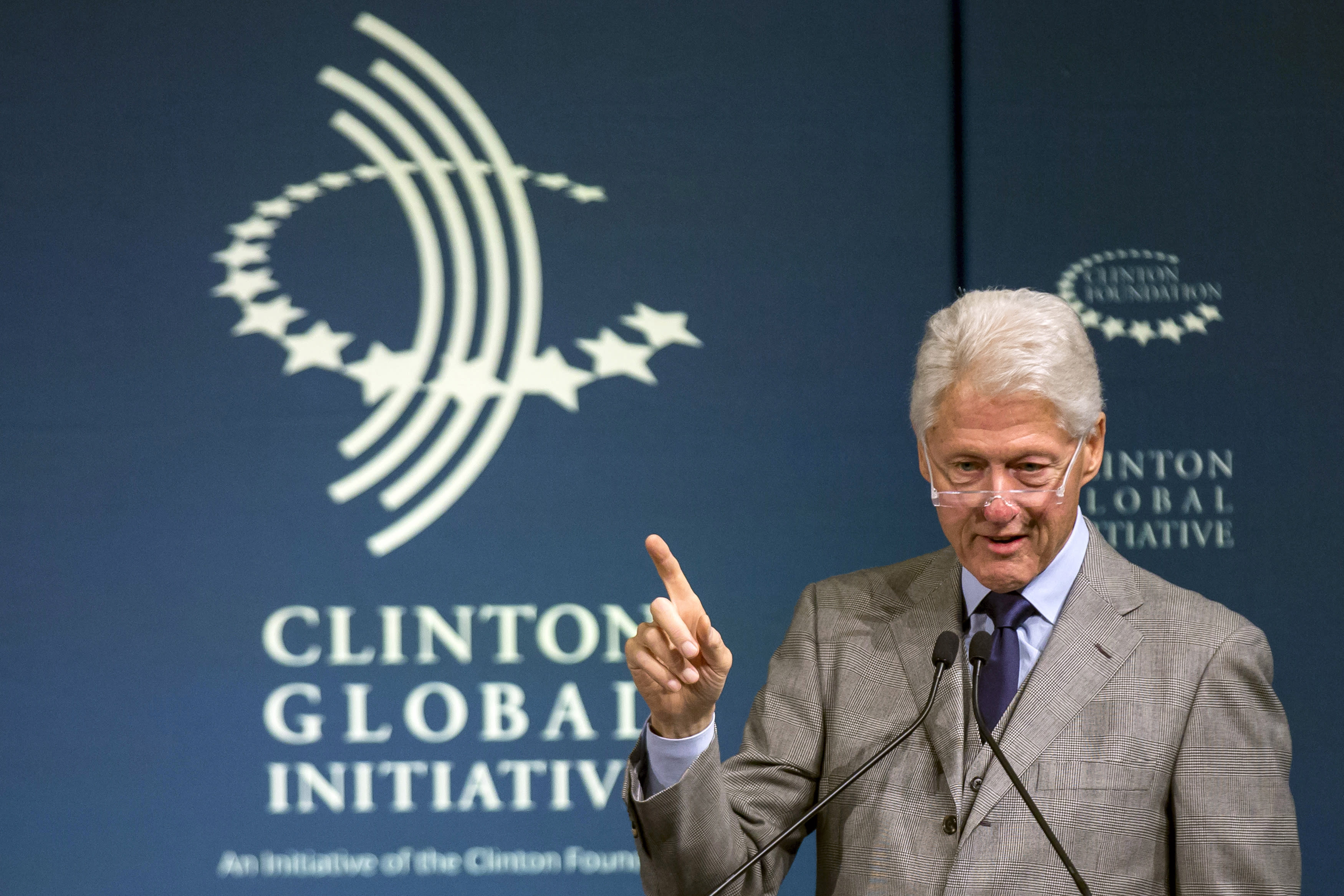 Julian Assange's "October surprise" press conference may have been a bust but his Gilligan, the hacker calling himself Guccifer 2.0, came through on Tuesday, releasing a large database of information reportedly stolen from the Clinton Foundation. The dump includes the names, addresses and emails of both individual and corporate donors as well as their contribution amounts.

This, of course, isn't the first time Guccifer or his friends at Wikileaks and the Kremlin have attempted to subvert the US political process during this election cycle. Just last month Guccifer released Democratic Vice Presidential nominee, Tim Kaine's personal cell phone number. What's more, nearly half of the country's state voter registration systems have recently come under cyberattack, according to the DHS, though the FBI has not yet determined if those breaches originated in Russia.

There are also a number of unanswered questions regarding Republican nominee, Donald Trump's, connection to these attacks. Four House Democrats recently demanded that the FBI investigate the nominee after he "jokingly" suggested that Russia find and release the 33,000 emails reportedly missing from Hillary Clinton's private email server. This, of course, despite the FBI having already determined that she was not legally liable.

Today's data dump is reportedly just a sampling of what Guccifer managed to steal, the hacker is "looking for a better way" to release the full databases. We'll have to wait for further analysis of the data to see if there's anything politically damaging contained within it.

Update 5:21p ET: The Clinton Foundation has denied the validity of Guccifer 2.0's claims. Speaking to Politico, a foundation representative said, "Once again, we still have no evidence Clinton Foundation systems were breached and have not been notified by law enforcement of an issue. None of these folders or files shown are from the Clinton Foundation." And, as Buzzfeed Senior Technology Reporter, Joe Bernstein, points out, it's highly unlikely that the foundation would name its own folder "Pay to Play."

In this article: Clinton Foundation, culture, election, guccifer, hacking, Julian Assange, politics, russia
All products recommended by Engadget are selected by our editorial team, independent of our parent company. Some of our stories include affiliate links. If you buy something through one of these links, we may earn an affiliate commission.