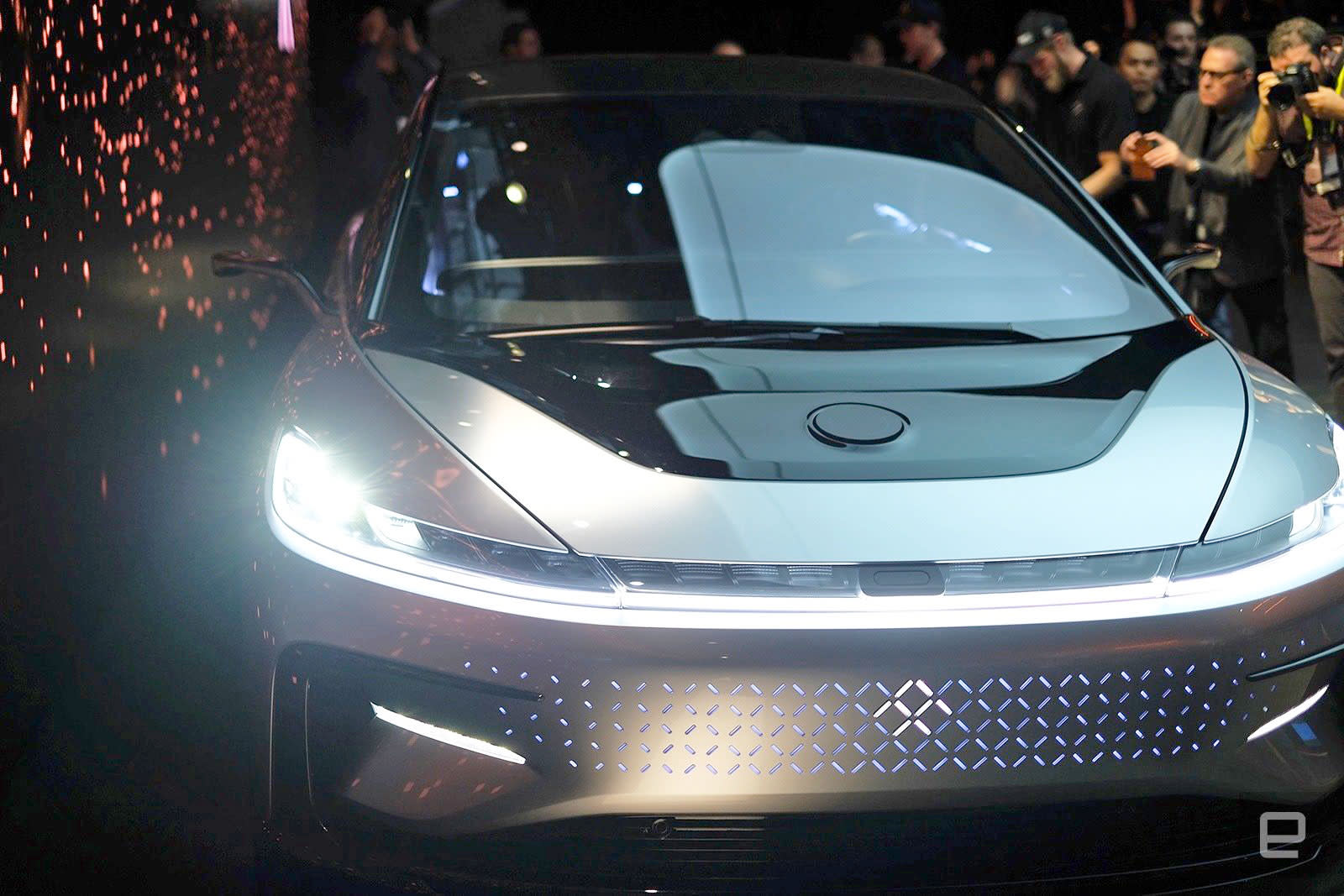 It's starting to seem like Faraday Future is capable of just about anything that isn't related to the business side of being an automaker. The company's plans for a $1-billion Las Vegas production facility had been delayed before, but now the plant has been scrapped wholesale. The Nevada Independent reports that Faraday will now attempt to build something smaller than the initial 13,000-job factory thanks to hundreds of billions in frozen funds from parent company LeEco.

The idea is to move into a smaller, existing factory and hopefully have cars rolling off the assembly line by the end of next year. Nevada lawmakers insist that the state won't be left in a lurch because there were forms of insulation between the company and tax breaks and abatements. Those payouts were dependent on Faraday hitting certain milestones along the way to its massive factory opening.

"We have decided to put a hold on our factory at the Apex site in North Las Vegas. We remain committed to the Apex site in Las Vegas for long-term vehicle manufacturing," Stefan Krause, Faraday Future's chief financial officer told the Independent in a statement. "We at Faraday Future are significantly shifting our business strategy to position the company as the leader in user-ship personal mobility — a vehicle usage model that reimagines the way users access mobility. As a result of this shift in direction, we are in the final stages of confirming a new manufacturing facility that presents a faster path to start-of-production and aligns with future strategic options."

As for the 940-acre plot of land Faraday was going to use for its factory, "the company has done little more than move dirt and install some sewer infrastructure," according to the Independent.

More than that, the company's Los Angeles offices are in dire financial straits as well. The Verge reports that Faraday is also in danger of missing payroll, which could lead to an exodus of the engineers that helped make recent Pike's Peak record headlines possible. If you're still feeling confident about your FF91 pre-order, you're probably in a very exclusive group.

In this article: construction, faraday, faradayfuture, ff91, gear, leeco, nevada, TL18FF, transportation, hidden:vv_3x4:b9c62d75-9c0c-3b8c-9d3b-9bfd7c43943e, hidden:vv_09x16:842457d5-0d25-3527-a2cb-21dec37420a0
All products recommended by Engadget are selected by our editorial team, independent of our parent company. Some of our stories include affiliate links. If you buy something through one of these links, we may earn an affiliate commission.