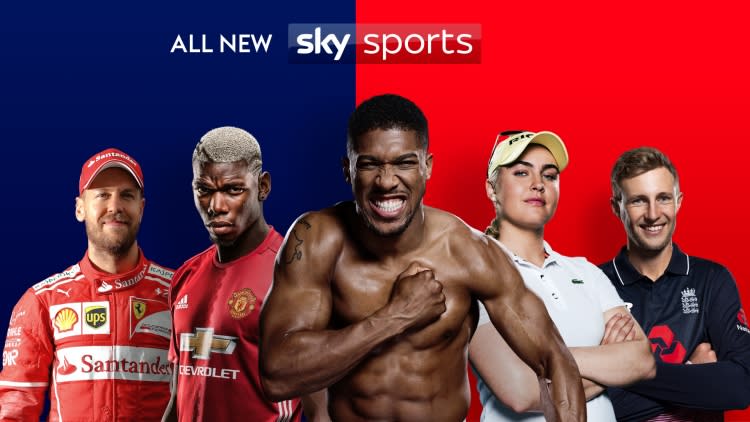 Televised sport is big business -- just ask Sky and BT Sport. Between them, the two companies have spent billions in order to secure access to the world's biggest sporting leagues and major events, resulting in a significant markup for consumers. The rising cost of Sky Sports, for example, has led many to cut the package altogether or seek more dubious alternatives like the so-called Kodi box (although it's the add-ons, not the software facilitating illegal streams).

Sky is keenly aware of this, so today it announced a new plan to make its sports coverage more accessible. It's expanding the number of Sky Sports channels to 10, which will cater for individual sports and allow customers to subscribe to each one on their own.

The 10-channel package will stay the same price at £27.50 a month (although this can rise to £49.50 per month as a complete bundle) and Sky says that will stay frozen for at least one year. For existing subscribers, the new package will update automatically and the new channels will replace the ones already listed on EPGs across the UK.

The revamp means that from next week, sports fans can decide whether they want unfettered access to various sports or fancy something a little more focused. For the first time, supporters of a Premier League team, for example, can ditch the overall package and pay £18 per month for access to the Premier League channel. The two-channel bundle costs £22, while a third increases the monthly subscription to £26.

Sky says the new line-up is "designed to grow this customer base and offers flexibility to subscribe to individual channel packages at a new price." The company has experimented with à la carte options before via its Now TV service and is now incorporating the same thinking into its broadcast offering. In a related announcement, Sky said the updated channels will come to Now TV and that the prices of the passes will remain the same.

Given that all ten channels (in theory) cost £1.50 more than three individual choices, Sky will hope that the majority of its customers will continue to subscribe to its main package. However, it could tempt new customers who want to watch one or two individual sports or major events but are put off by the higher monthly cost.

It may also convert those who illegally stream sports coverage and don't currently pay a penny for UK broadcasts. The upcoming Premier League season will be a bumper season for Sky, and the promise of 126 live matches for £18 a month could be a more tempting prospect than trying and failing to find a reliable internet stream.

In this article: av, EFL, entertainment, EPL, kodi, laliga, premierleague, sky, skysports, skysportsfootball
All products recommended by Engadget are selected by our editorial team, independent of our parent company. Some of our stories include affiliate links. If you buy something through one of these links, we may earn an affiliate commission.