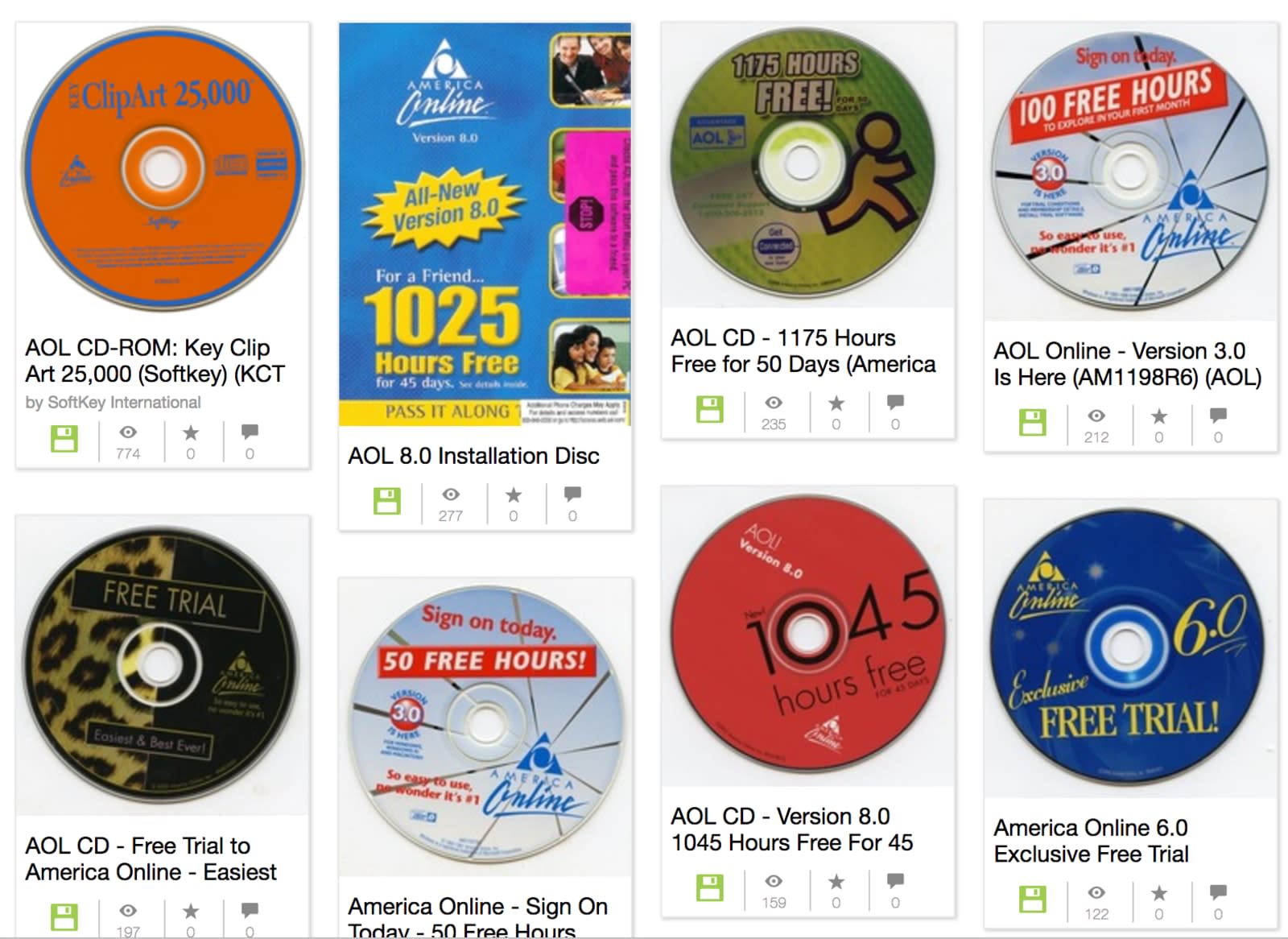 The Internet Archive is a treasure trove for software geeks. In recent months, the site has hosted everything from GIFs from Geocities to Macintosh games from the 80s. Its latest blast from the past is an entire section dedicated to AOL CD-ROMs.

Back when Mark Wahlberg was Marky Mark, Engadget's parent company AOL was busy carpet-bombing everyone with CDs offering free web trials. The CD-ROMs were AOL's way of capitalizing on the hype surrounding the nascent medium. And, for many, they provided their first taster of the internet.

Fast forward 27 years and everyone you know is online and compact discs are considered junk. As the era of the CD as a distribution method dies a slow death -- thanks, in part, to streaming services -- the round discs are becoming even more important to archivists, like Jason Scott. In 2015, Scott urged people to send him their AOL CD-ROMs. Strangely, there are people out there who collect America Online's glossy discs, but they're probably less likely to hand over their prized possessions.

Now, the Internet Archive is hosting the first few dozen CDs, complete with their very 90s graphics. You can browse through the expanding collection and download torrents of the full disc ISO. "For some time, half of all CDs manufactured in the world had an AOL logo on them," wrote Scott in a blog post. "Like it or not, folks – those things are payloads of history."

The tiny time capsules cost AOL a lot of money too. Back in 2011, co-founder Steve Case said he didn't recall the exact amount spent on the CDs, but that AOL's goal was to fork out ten percent of lifetime revenue to get a new subscriber. He claimed that average subscriber life was around 25 months and revenue was about $350. So, Case estimated the company spent $35 per user on marketing material such as the CDs.

In this article: aol, cd, CompactDisc, entertainment, internet, InternetArchive
All products recommended by Engadget are selected by our editorial team, independent of our parent company. Some of our stories include affiliate links. If you buy something through one of these links, we may earn an affiliate commission.