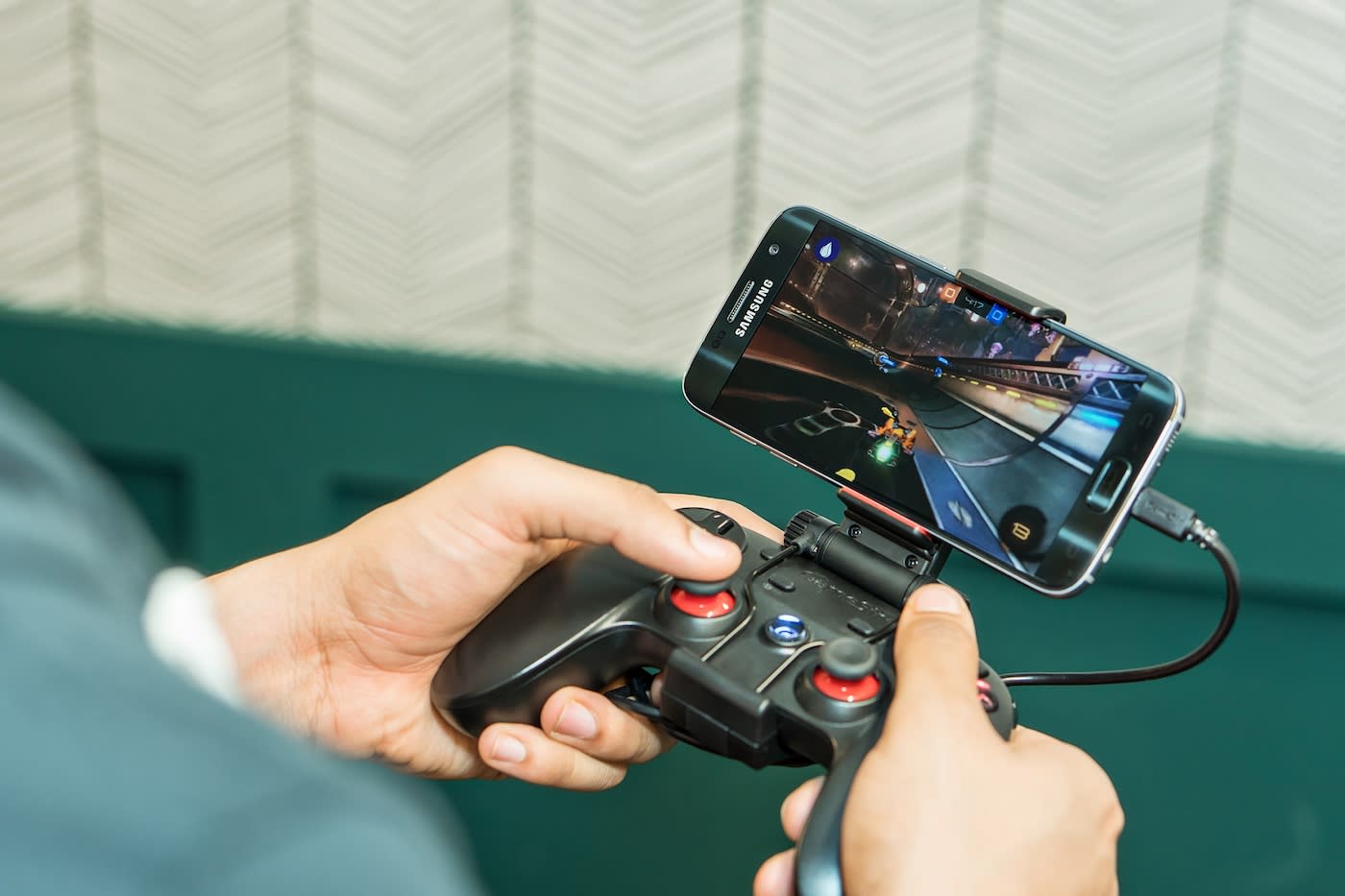 The LiquidSky 2.0 beta is live today in the Google Play Store, promising to let you play any game on any Android device via the magic of cloud streaming. Want to cruise around Grand Theft Auto 5 on your Pixel XL? Or maybe you'd rather wreck some fools in Overwatch on your Galaxy Tab S2? That's what this update is all about.

LiquidSky gives each user a unique, virtual PC where they're able to download new games and access their existing libraries via any storefront, including Steam, Humble Bundle, GOG, Origin, Blizzard and the 'net. This unique PC shows up on any supported device (no Apple love for now), allowing folks to play everything from 8-bit adventures to AAA blockbusters on otherwise underpowered platforms.

LiquidSky takes advantage of IBM's public cloud infrastructure, tapping into data centers around the globe and scaling in real-time alongside demand. This approach addresses the scalability problem that crippled cloud-gaming companies like OnLive in the early 2010s: Without global cloud systems, OnLive had to purchase and install servers around the world as each new user logged on. It was an unsustainable approach and OnLive shut down in 2015.

"You have a million users flood in, you buy all these servers with massive capital up front, and those users are in different locations. There's too much latency, and the only games you can play are Lego Batman and Lego Star Wars," LiquidSky CEO Ian McLoughlin told Engadget in January. "So you're left with this massive data center that you can't do anything with, so they started essentially giving things away for free. Even then, they couldn't get the users to enjoy the catalog. It was too soon before its time."

LiquidSky has another advantage over game-streaming companies of yore: It's free to access. Users have the option to watch ads (that's the "free" version), purchase credits as they go (bundles start at $10), or pay monthly (at least $20 a month).

LiquidSky is, essentially, a streaming service, and the company recommends users stick to ethernet when possible. But, that completely misses the point of an Android version. So, if you're going mobile, LiquidSky suggests 5Ghz WiFi or 4G -- assuming your data plan can handle it.

In this article: android, cloud, CloudGaming, gaming, google, internet, liquidsky, mobile, personal computing, personalcomputing, streaming
All products recommended by Engadget are selected by our editorial team, independent of our parent company. Some of our stories include affiliate links. If you buy something through one of these links, we may earn an affiliate commission.