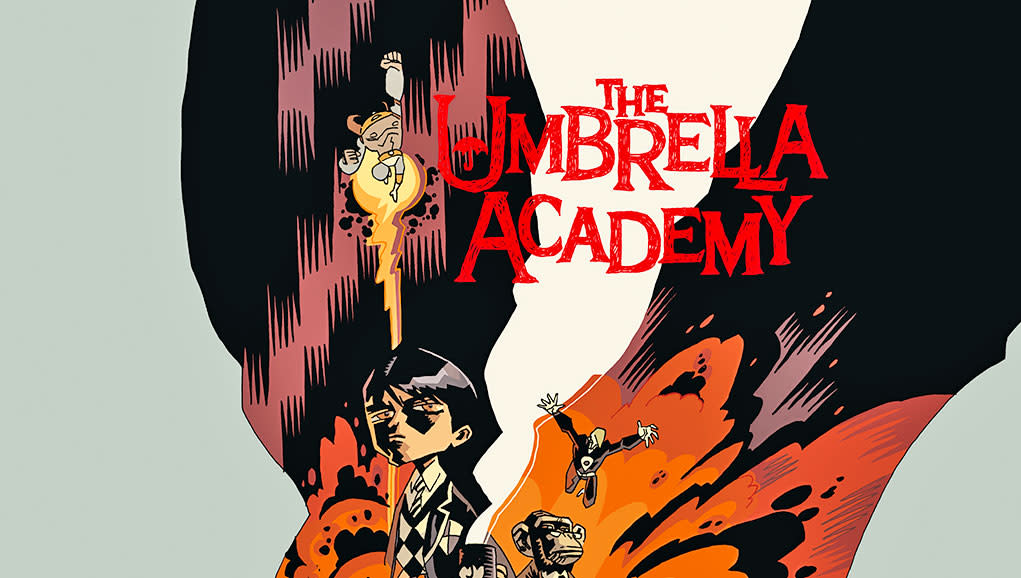 Hot on the heels of releasing its Castlevania animated series last Friday, Netflix announced a new adaptation from a different nerd corner. The streaming content titan will make a 10-episode live action show out of Dark Horse Comics' dysfunctional superhero property The Umbrella Academy, which was created by My Chemical Romance's Gerard Way and award-winning illustrator Gabriel Bá.

It's official. You have our permission to freak out. #UmbrellaAcademy https://t.co/HB6IpP9uqx

Way's transition from emo band frontman to comic scribe was unexpected, but aided by lavish art from Bá, The Umbrella Academy's twisted take on the superhero genre garnered it critical praise and an Eisner (comics' Oscar-equivalent award). While networks have been seriously considering adapting the work since 2015, Netflix snapped up the limited run and attached Steve Blackman (Fargo, Altered Carbon) as executive producer. The show will be adapted and written by Jeremy Slater, who wrote a draft of Netflix's film take on Death Note.

In this article: av, entertainment, GerardWay, netflix, services, TheUmbrellaAcademy
All products recommended by Engadget are selected by our editorial team, independent of our parent company. Some of our stories include affiliate links. If you buy something through one of these links, we may earn an affiliate commission.