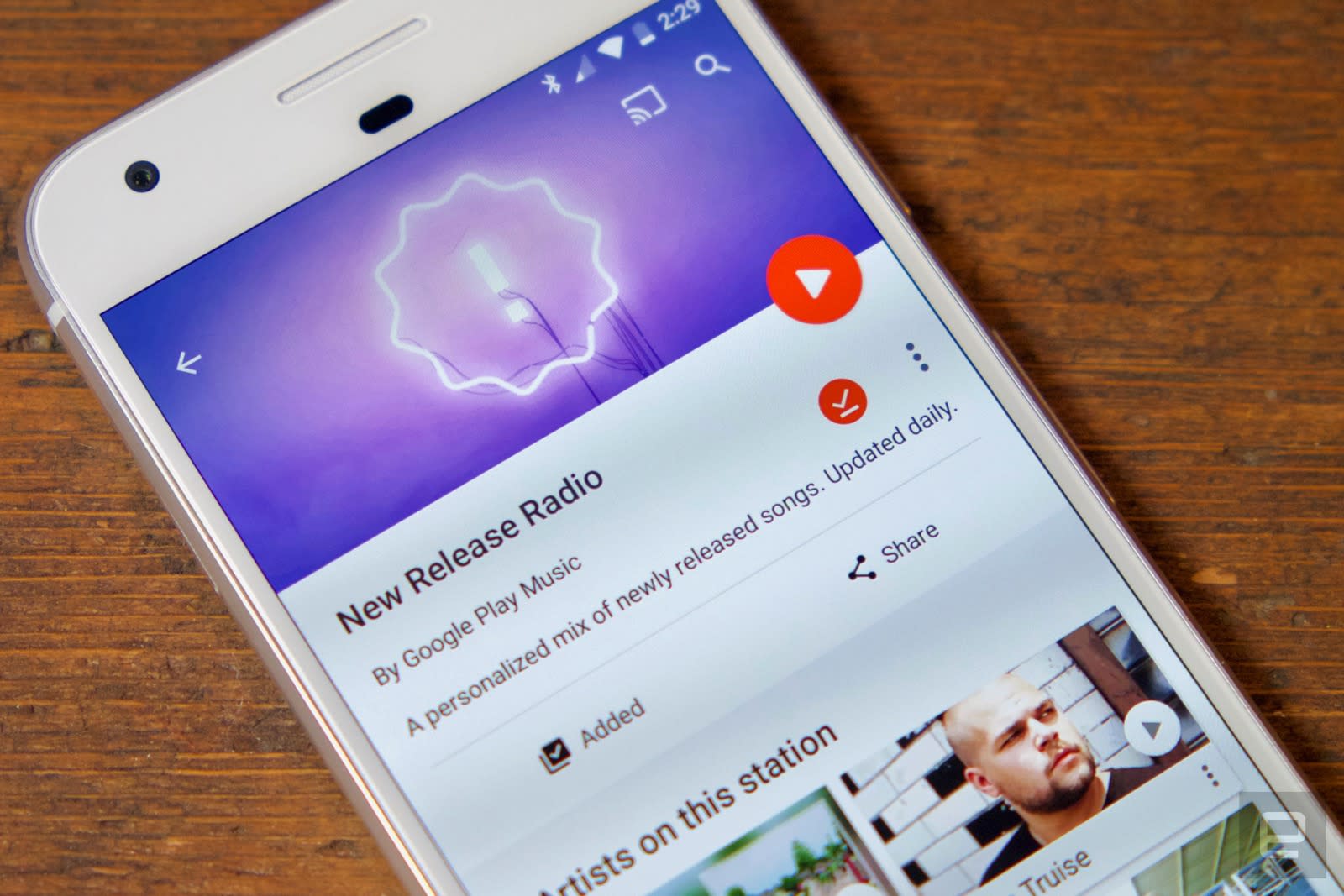 Google has officially announced New Release Radio, a station on Google Play Music that provides users with a daily selection of new songs they may like based on their listening history. The feature has actually been out in the wild for almost a month now, but originally it was positioned as an exclusive for Samsung users (though neither Google nor Samsung made an official announcement).

Now, Google is saying that it was "gathering feedback" from Samsung users before officially rolling it out to everyone -- but the screenshots we saw from users on Reddit last month clearly called it a "Samsung exclusive" feature. Oddly enough, Reddit also quickly discovered a workaround for people who didn't have Samsung phones to try the station -- I got it working on my iPhone with no fuss.

It's still not clear whether or not this was always the plan or if Google and Samsung changed course after the confusing rollout of New Release Radio in June -- we've reached out to Google and will update this post with anything we learn.

Regardless of the back-and-forth here, we're glad to see New Release Radio available for all Google Play Music users. It's a smart addition to the service that matches up with some new music discovery features Spotify and Apple Music have offered for a while -- and it would have been a shame if only Samsung owners could use it. The jury is still out on whether New Release Radio is as good as Discovery Weekly, but pretty much anyone using Google Play Music should enjoy giving this new station a spin.

In this article: gear, google, googleplay, googleplaymusic, Music, music streaming, newreleaseradio, samsung, services
All products recommended by Engadget are selected by our editorial team, independent of our parent company. Some of our stories include affiliate links. If you buy something through one of these links, we may earn an affiliate commission.