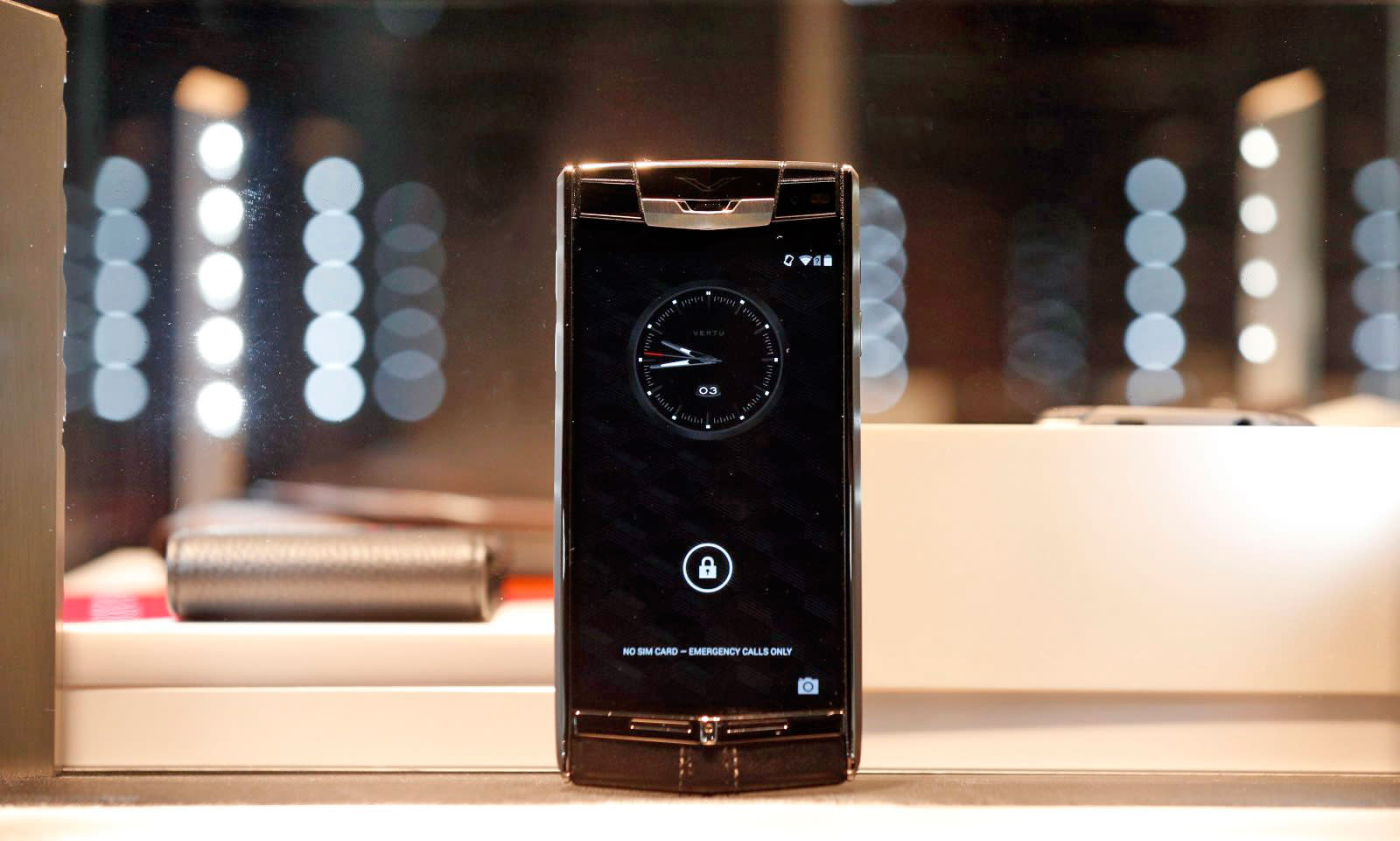 Luxury phone maker Vertu is in the process of being wound up after an attempt to rescue the business from administration failed. The Financial Times reports that the firm, which apparently had debts of around £138 million, will close with the loss of around 200 jobs. The news comes as a surprise, given that the outfit recently signed a technology-sharing deal with Chinese giant TCL.

Vertu began life in 1998 as the ultra-ultra-premium arm of mobile giant Nokia, but as its parent company's fortunes began to wane, so did its own. By 2012, Vertu was sold to EQT VI, a private equity group, which held the company until 2015. That year, the business was sold to Godin Holdings, a Hong Kong-based company that was apparently suffering through its own cash crisis.

Earlier this year, Murat Hakan Uzan purchased the manufacturer for £50 million ($64 million), pledging to help it reach its "full potential." The Telegraph described Uzan as the "scion of an exiled and secretive Turkish business dynasty" and a member of one of "Turkey's most controversial families." Uzan had a fractious relationship with Nokia, too, after borrowing money from the company to launch a carrier in his homeland.

The Financial Times says that Uzan had attempted to buy Vertu back out of administration for £1.9 million, a bid that was subsequently rejected. Sources close to the businessman claim that he intends to retain Vertu's branding, technology and licenses, and will look to "rebuild" the phone maker. That may not, however, include restoring the jobs of the people who hand build the devices at Vertu's British manufacturing plant.

It is not the first premium handset maker that has struggled to survive in the mobile world, especially in the last few months. Sirin, which boasted of a Vertu-equalling ultra-secure phone for the jet set, stopped producing devices after less than a year. In a world that is increasingly dominated by Apple, Samsung and BBK (owner of Oppo, Vivo and OnePlus), it's clear that a mid-tier smartphone coated in crocodile skin isn't a good investment.

In this article: Business, Collapse, gear, mobile, MuratHakanUzan, Nokia, Vertu, WindUp
All products recommended by Engadget are selected by our editorial team, independent of our parent company. Some of our stories include affiliate links. If you buy something through one of these links, we may earn an affiliate commission.