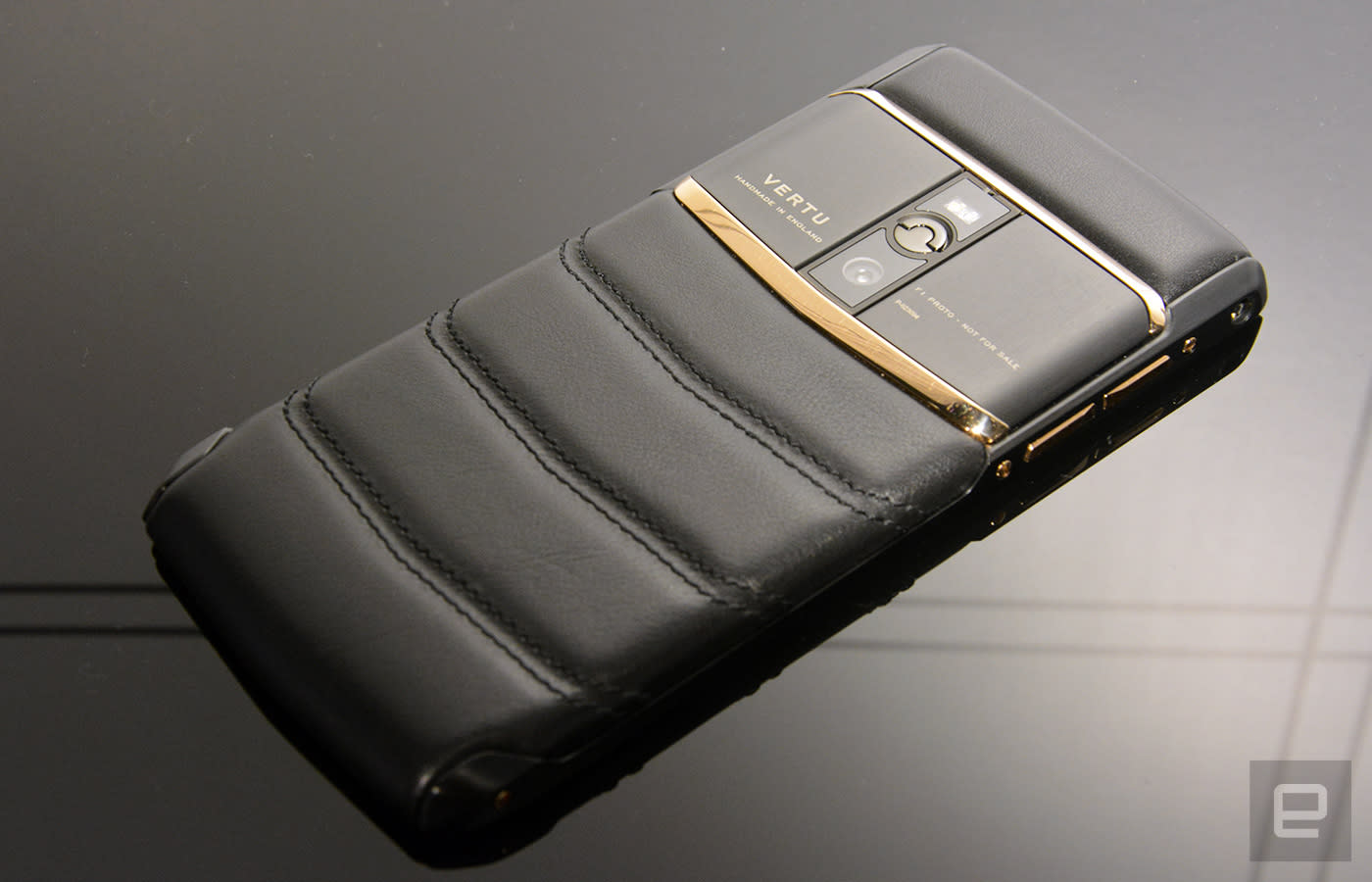 Vertu's smartphones are hand-built in England, but sold all over the globe to a glittering array of people with more cash than taste. But beneath that bejeweled case and green leather, it looks like what you'll really be buying is a device from Chinese conglomerate TCL. The two companies have released an opaque statement, saying that $40 million has changed hands to let Vertu use TCL's "innovative technology" inside its next run of 30,000 handcrafted phones.

It's not clear, at least not from what Vertu has said, what the deal actually represents, but whatever the detail, it's a big win for TCL. The company has made some way in establishing itself as a big brand, but has also worked hard to leverage other businesses' historic name recognition. After all, it produces TVs for Samsung, co-brands TVs with Roku, owns the Palm brand and produces smartphones with Alcatel, Turing and BlackBerry logos.

Even if it's just a supplier deal, TCL can proudly boast that its systems are behind some of the priciest smartphones on the planet. Although that may raise the heckles of gadget purists who see this as yet another deal where low-priced hardware gets a new logo and jacked-up price. After all, there's the technology-sharing deal with Panasonic and Leica that sees some Lumixes dumped in new bodies, or Hasselblad's Solar, which rebadged the $1,700 Sony A7 and sold it for $10,000.

In this article: applenews, gear, mobile, TCL, Vertu
All products recommended by Engadget are selected by our editorial team, independent of our parent company. Some of our stories include affiliate links. If you buy something through one of these links, we may earn an affiliate commission.