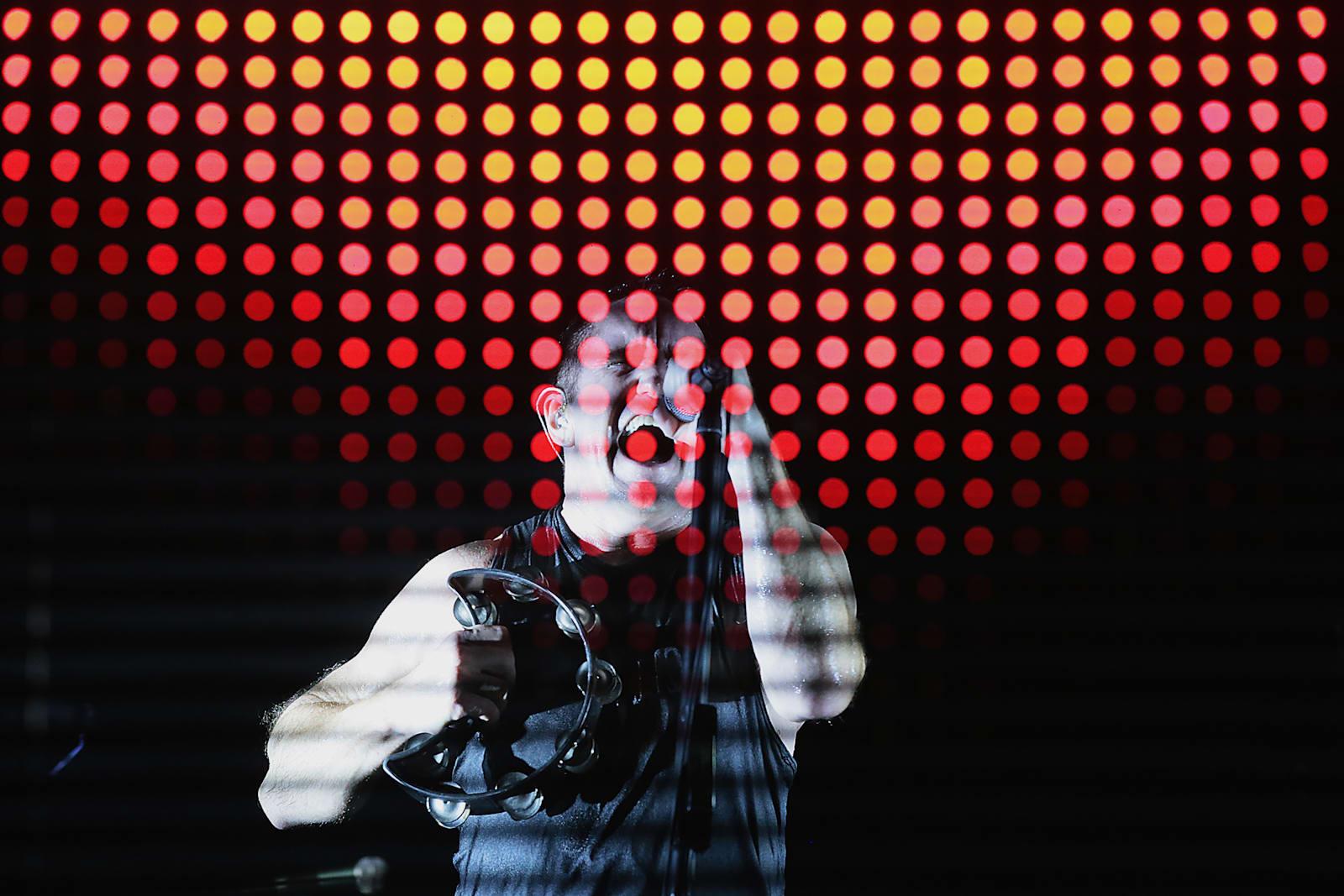 Nine Inch Nails mastermind Trent Reznor's current interest in video games goes beyond remastering the Quake soundtrack for vinyl and using Kinect on tour. The video for NIN's new single "Less Than" uses the retro PlayStation VR game Polybius as its main attraction. The on-screen action ramps up in time with the music, lyrics flying toward the viewer, building to a crescendo at the two-minute mark where all hell breaks loose.

Before the Tempest-like game was released on PlayStation 4 and PSVR it was part of an urban legend. The story goes that that the government was using the arcade shooter for data mining. Given the direction of the video, the song's lyrics and the eerie concept-like nature of NIN's latest work (a series of three EPs about... who knows what) that backstory could've served as inspiration here.

In related news, the new NIN album Add Violence will be released July 21st. You can sign up right now for an alert when the vinyl edition is ready for pre-order, and if you want to pre-purchase the digital version you'll pick up a download for "Less Than" in the process.

For a deeper look inside Trent Reznor's mind, check out this interview Joystiq did with the musician back in 2009 where he goes on at length about his love for arcades.

"The first time I saw Tempest, for example, I was like, 'What the fuck is this?'" he recalled at the time. "It looked like some sort of 2001 thing, it had weird, abstract graphics and sounded cool. I realize times have changed, but I miss having those three minutes where it's you versus that machine, sweating like crazy in this finite countdown to death scenario."

In this article: addviolence, av, entertainment, gaming, lessthan, music, nin, nineinchnails, polybius, theminotaurproject, trentreznor, video
All products recommended by Engadget are selected by our editorial team, independent of our parent company. Some of our stories include affiliate links. If you buy something through one of these links, we may earn an affiliate commission.