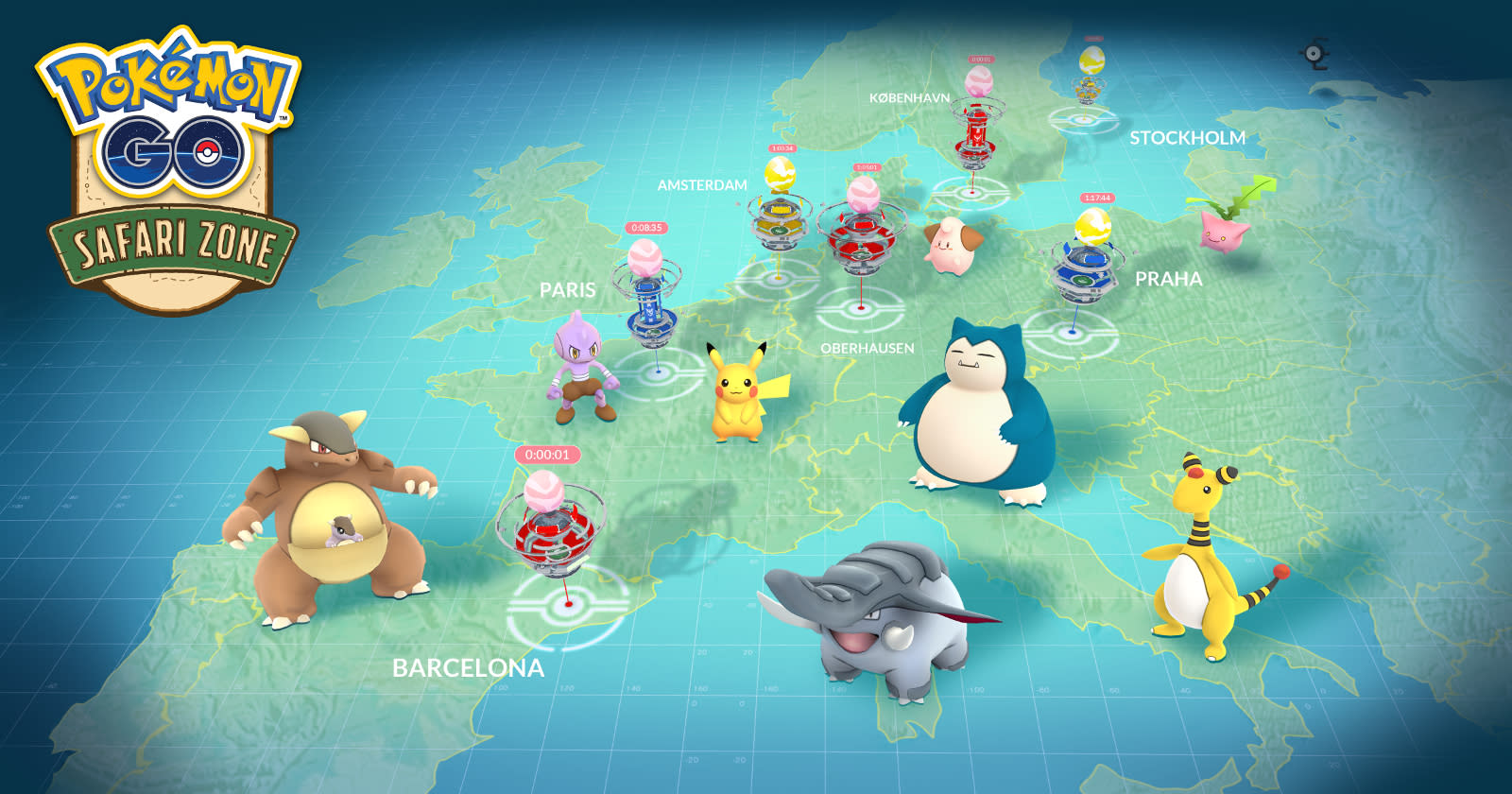 Still playing Pokémon Go? Might as well have fun on its first anniversary. Now that we're only a few days away from the Pokémon Go Fest taking place in Chicago, Niantic has revealed more details about its game's first birthday celebration. Apparently, you can participate in the event no matter where you are in the world by working with the participants at Grant Park during three Challenge Windows that will take place throughout the day.

During the Challenge Windows, trainers at Grant Park will have to catch monsters that will give remote players various perks, such as reducing the distance needed to hatch an egg. Trainers elsewhere in the world will then have to do their part and catch as many critters as they can to extend the duration of the perks unlocked by the participants in Chicago.

In addition to Pokémon Go Fest, Niantic will also hold several Safari Zone events in Europe featuring monsters previously unavailable in the region. And if you're in Japan from August 9th to 15th, you can use the game as an excuse to attend the annual Pikachu Outbreak in Yokohama. The gamemaker is promising a special experience for players during the event. A word of warning, though: you might get tad distracted by the thousands of Pikachus marching and dancing around.

In this article: anniversary, birthday, gaming, mobile, niantic, Pokémon Go, PokémonGo
All products recommended by Engadget are selected by our editorial team, independent of our parent company. Some of our stories include affiliate links. If you buy something through one of these links, we may earn an affiliate commission.