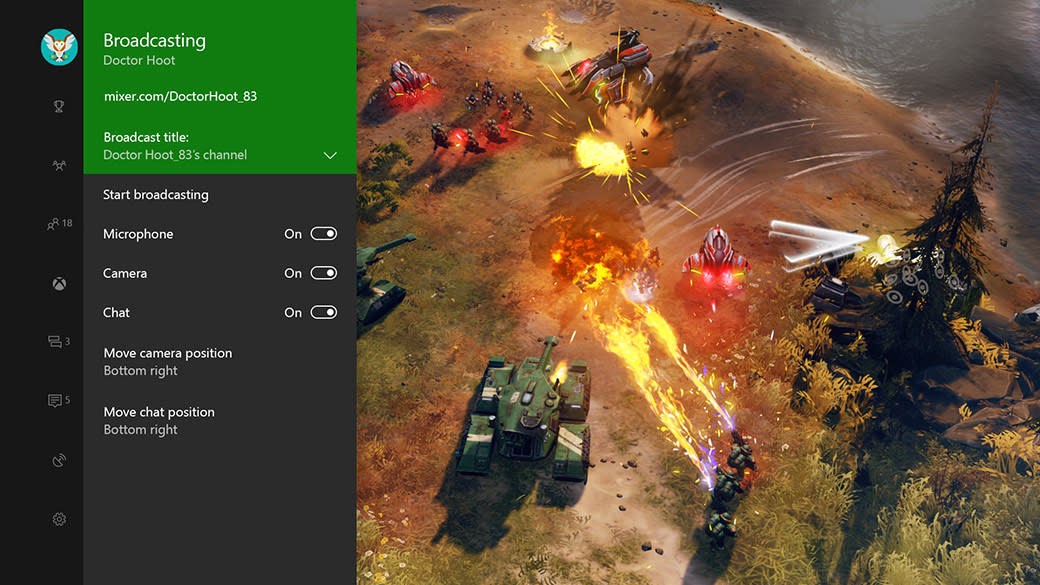 Xbox Live keeps adding and updating features in response to its multiplayer community. Last year, the service added support for "clubs" along with improved friend-finding options. According to Xbox Live's Major Nelson, Live users will get a host of new tweaks today as Microsoft's gaming division adds quite a few new features to its console and mobile apps, including custom Gamerpics, the ability to stream your games with up to three friends and a way to tie a single controller to your login to make it easier to sign in and play. The Xbox mobile apps get a few additions as well, including new ways to look for groups and to browse the titles in your Game Pass subscription, and users can now create their own Killer Instinct tournaments.

Previously, Xbox owners had to choose from pre-defined images for their player photo Gamerpics. With the new update, you can upload any digital image from your console, Windows 10 PC, or mobile phone to use as your on-screen avatar or club profile and background image. Nelson urges you to "keep it clean," though, as everyone can see what you upload.

Xbox's Mixer (née Beam) is the platform's game streaming system. With the new update, you can now stream along with up to two other people, called co-streaming. "With co-streaming, you and up to three of your friends can broadcast together to create a shared, multi-view experience on Mixer." You can invite any other user (or your whole game party) to co-stream on your console and stream together in perfect harmony.

Xbox owners will also be able to connect a single controller as their default sign in device. When you turn on the linked controller, the console will sign into that account. This could make it much easier in a multi-account household where everyone has their own controller, for sure. Killer Instinct fans can now create their own custom tournaments via Live's Club system, too. The mobile Xbox apps are also getting updates, including more exposure for "looking for group" (LFG) messages. When you create a LFG from any game hub on the console, you can share it out to the Activity Feed or a pre-defined group of friends via Messages. In addition, mobile users can browse all the titles they've subscribed to with Xbox Game Pass. You can install the games to your console from within the app, too. You can now set your region on your phone to match that of your Xbox console, which gives you access to the content from different regional Xbox stores. Finally, the Xbox app for Android gets a bonus feature: Chat Bubbles. When a new message arrives, a new chat bubble will appear on your phone, no matter what app or game you're currently using. It's a handy way to keep on top of your Xbox messages and Club chats.

In this article: beam, co-streaming, gamerpics, gaming, majornelson, microsoft, mixer, mobile, mobileapps, personal computing, personalcomputing, xbox, xboxlive, xboxone
All products recommended by Engadget are selected by our editorial team, independent of our parent company. Some of our stories include affiliate links. If you buy something through one of these links, we may earn an affiliate commission.