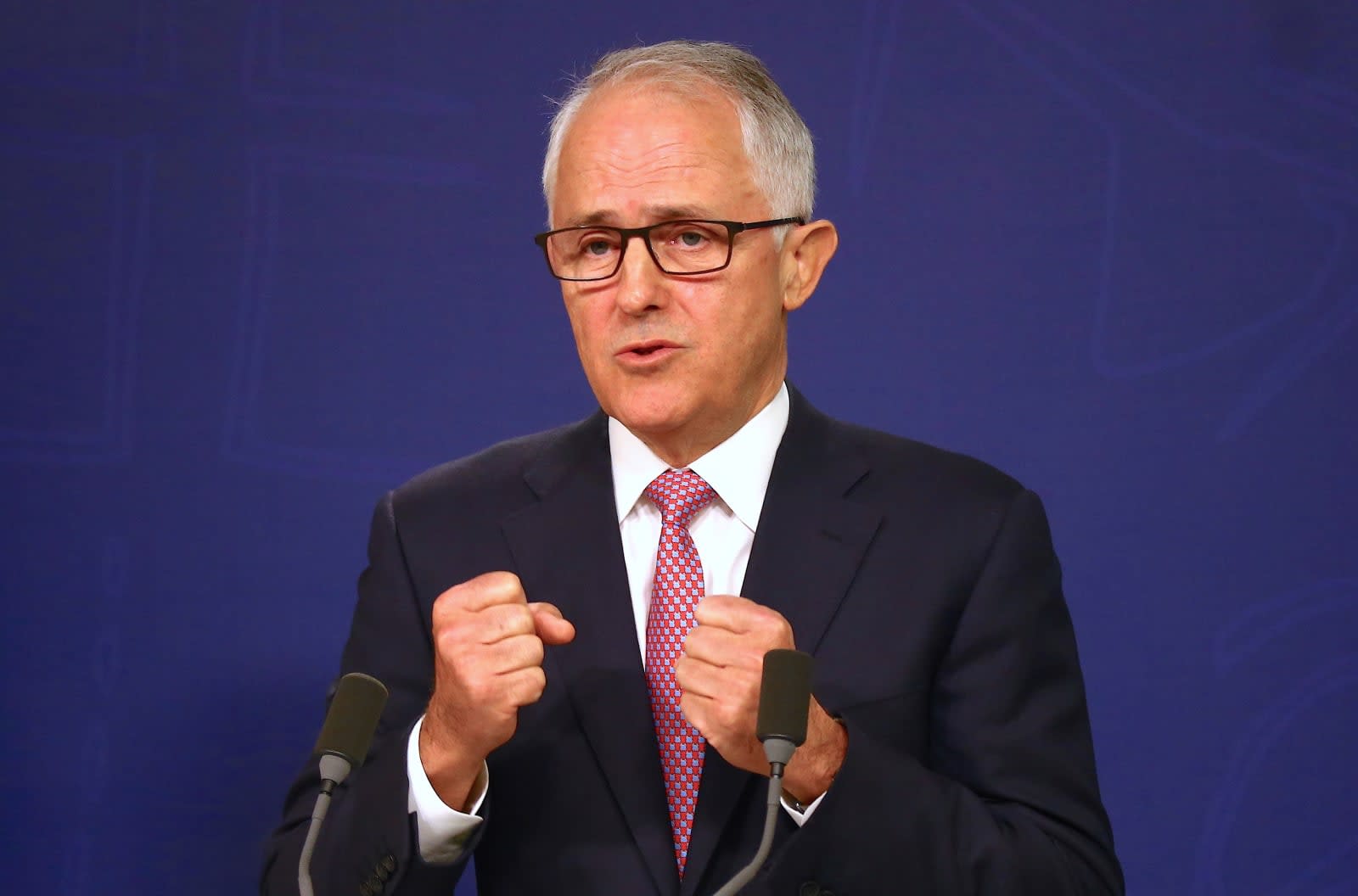 Weeks ago, the Australian government introduced a new strategy at the Five Eyes security conference to combat terrorism: Force tech titans like Google and Facebook to decrypt communications from users suspected to be extremists or other criminals. It seems they're moving ahead with it on their own turf, as the Australian government proposed a new bill today that would grant Australia's intelligence agencies this authority to compel tech companies to hand user messages over to law enforcement.

The bill, which will be introduced to Australian Parliament in November, will be modeled on Britain's Investigatory Powers Act that the UK passed last fall. Under the new law, internet agencies would be forced to turn over user communications the same way telephone companies hand over records when presented with a warrant.

The tech companies that would be affected -- Facebook, Google and others -- have expressed concern that any weakening of their end-to-end security (like, say, installing backdoors) might introduce vulnerabilities that hackers could exploit. But the Australian Attorney-General George Brandis believes law enforcement agencies could be granted access without creating backdoors, according to Bloomberg. That puts it between the UK's Investigatory Powers Act and the EU's law proposed in June that requires user communications to be end-to-end encrypted and outright forbids backdoors for law enforcement.

In this article: australia, backdoor, decryption, encryption, security
All products recommended by Engadget are selected by our editorial team, independent of our parent company. Some of our stories include affiliate links. If you buy something through one of these links, we may earn an affiliate commission.