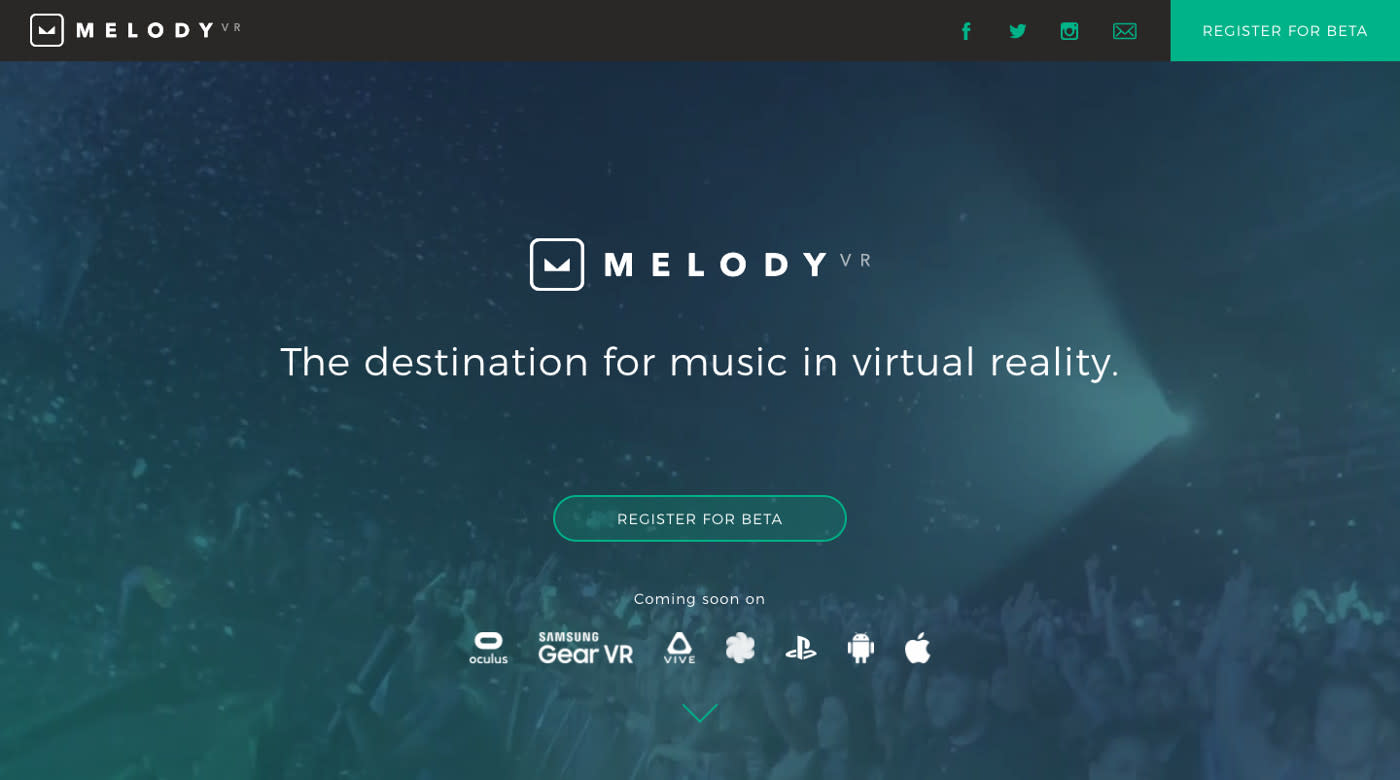 When MelodyVR finally launches its virtual reality platform for music, it'll have experiences to offer from all three major record labels. After signing up both Warner and Universal Music within the past few months, it has now forged (PDF) a worldwide multi-year licensing and distribution deal with Sony Music Entertainment. The startup calls the team-up "an extremely significant milestone," since it will now be able to use Sony's vast catalog, which includes music from artists signed by Columbia, Epic, Legacy, Masterworks, RCA Records, Sony Classical, Sony Music Latin and Syco Music. According to VRFocus, experiences featuring Sony's tracks will launch on the platform, but the record label can use them elsewhere after some time.

On its website, MelodyVR describes its platform as the "destination for music in virtual reality" and promises VR experiences of live performances. Its application is already slated to arrive on the Oculus Rift, Samsung Gear VR, HTC Vive, PlayStation VR, Google Daydream, Android and iOS. Plus, the company has inked a deal with Microsoft to release the app for Windows 10. But now that it's done securing the label partnerships it needs to launch, it will start focusing on expanding its app's distribution network even further.

MelodyVR didn't say when its app will make its debut, but you can sign up for beta access if you want to be among the first to try it out.

In this article: concerts, gear, melodyvr, music, sony, universalmusic, virtualreality, vr, warnermusic, wearables
All products recommended by Engadget are selected by our editorial team, independent of our parent company. Some of our stories include affiliate links. If you buy something through one of these links, we may earn an affiliate commission.