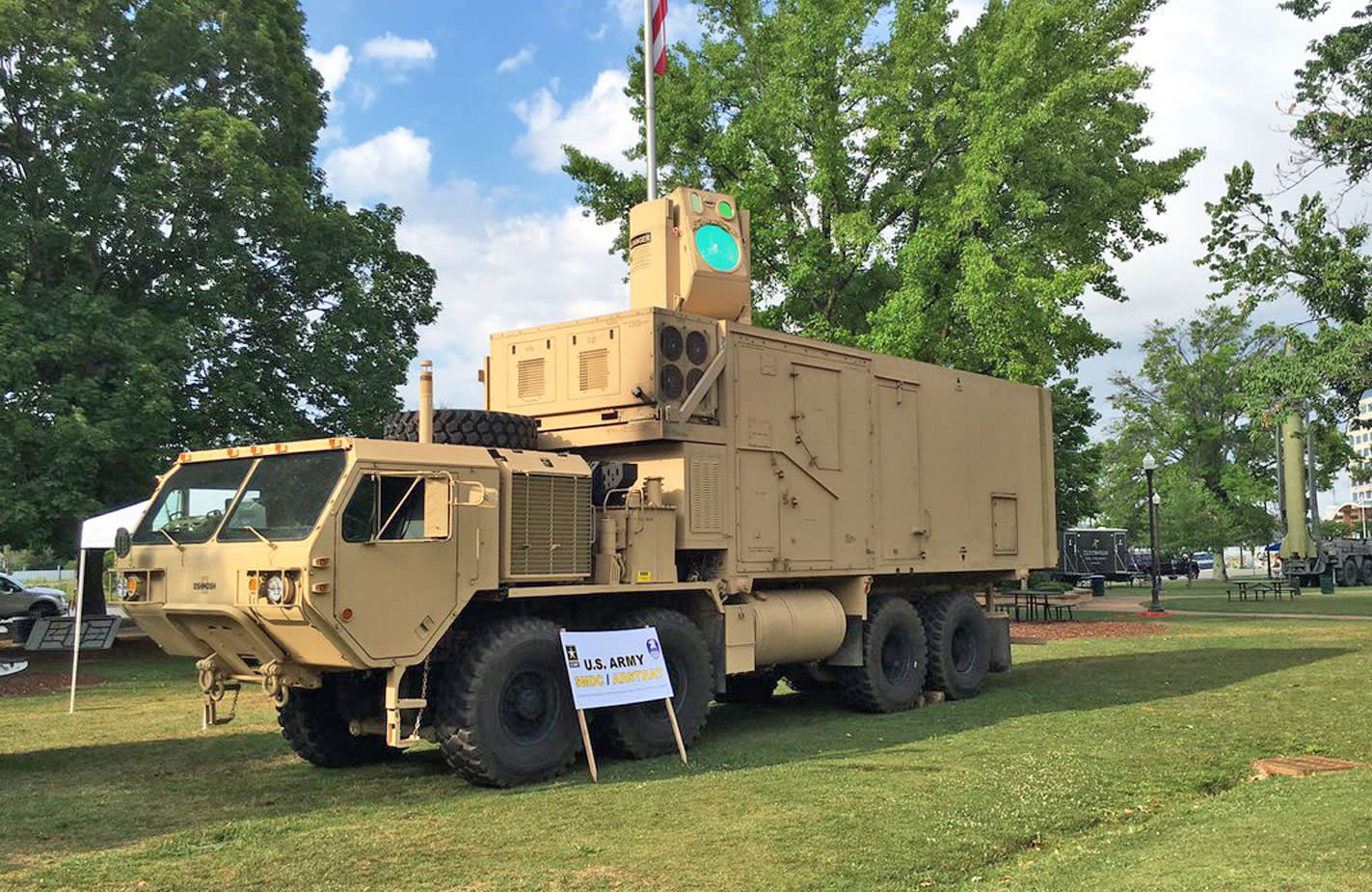 Forget shooting down drones with vehicle-mounted lasers -- the US Army is ready to take on the bigger machines. Space and Missile Defense Command chief Lt. Gen James Dickenson has revealed that the Army is preparing lasers that are ten times more powerful than the ones in testing now, at between 50kW to 100kW. That kind of wattage is strong enough to take down aircraft, and might even throw missiles off their targets by confusing their sensors. They won't necessarily require gigantic trucks like they do today, either.

The first test, with a 50kW laser, is due to take place in 2018 using an upgraded version of the HEL-MTT (High Energy Laser - Mobile Test Truck) vehicle you see above. In 2022, however, the Army expects to test-fire a 100kW laser on a more nimble platform, such as an armored personnel carrier. That's when it gets interesting -- the Army could easily keep laser weapons at the front line to protect against attack helicopters. They'd only need line of sight to ruin an aircraft's day.

Of course, there's a catch: 100kW still wouldn't be enough in some circumstances. It wouldn't be very effective against head-on missile attacks, since the laser wouldn't have enough time to punch through the missile's (usually strengthened) nose. You'd need an array of laser-toting vehicles to be sure that you could consistently knock out threats. This is a start, though, and enemies might still be wary of attacking if they know an invisible beam could ruin their day.