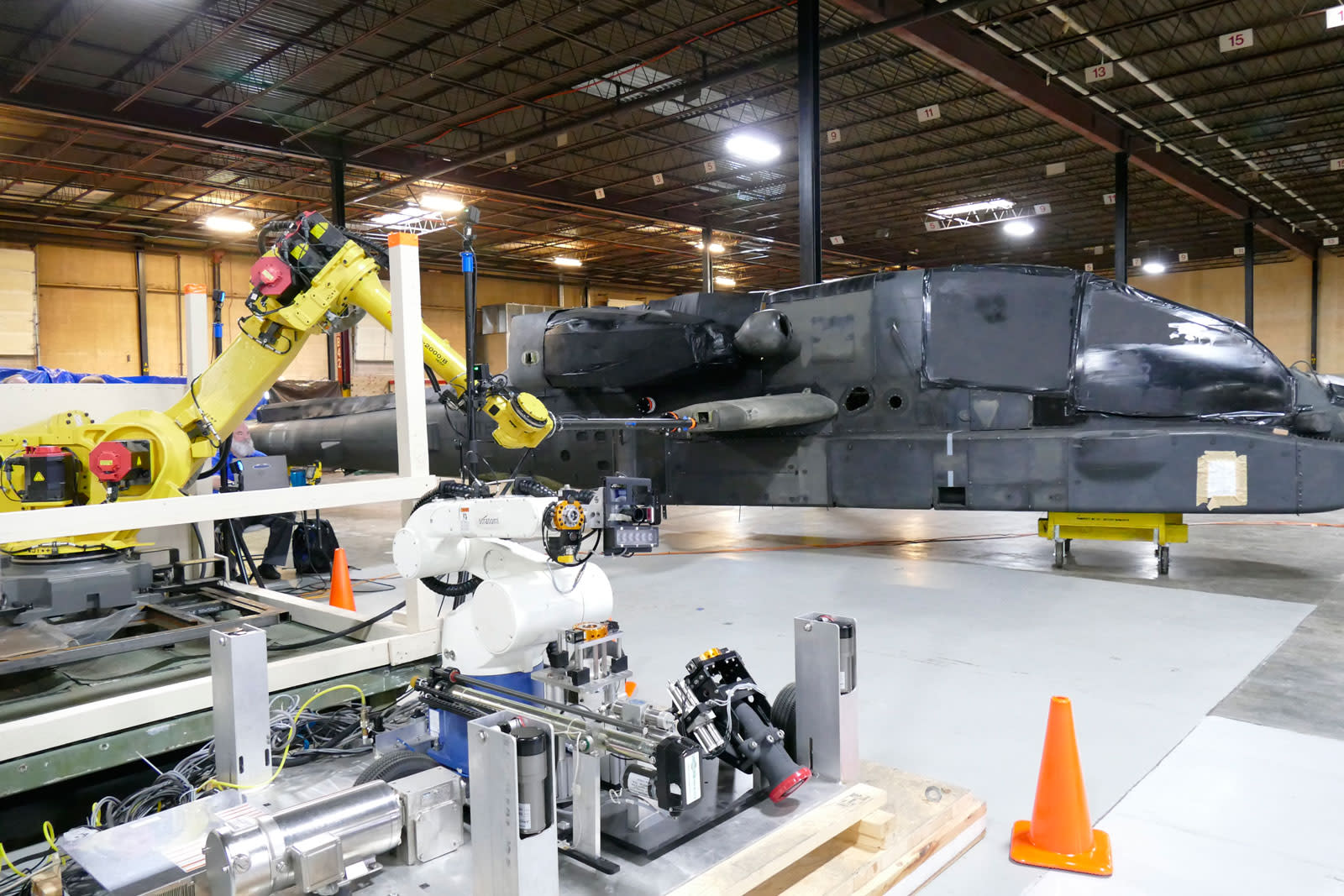 Militaries regularly set up fueling stations at forward bases so that helicopters can get back to the fight as quickly as possible. However, requiring fuel crews creates huge risks and logistical headaches: you're sending people to a dangerous, isolated section of the battlefield for a fairly mundane role. Thankfully, the US Army might not need to take that risk for much longer. It's testing an unmanned station, the Autonomous & Robotic Remote Refueling Point (AR3P for short), that can top up a helicopter with no human involvement. Much like Tesla's robotic charger, it would use self-aligning, articulated arms to hook a fuel line to a helicopter all by itself. That, in turn, would let helicopters fly at all hours without putting footsoldiers in harm's way, and would likely refuel them faster.

AR3P won't reach service for a while, assuming it goes forward. It's currently in the midst of a technical risk assessment, and it still has to go through two phases with real-world tests (culminating in an honest-to-goodness flight test with an AH-64 Apache helicopter). That's provided the forces can establish a funding framework, too. If it goes according to plan, though, the Army could set up front line stations that are mostly or completely robotic without fear of casualties -- the only people at risk would be the pilots.