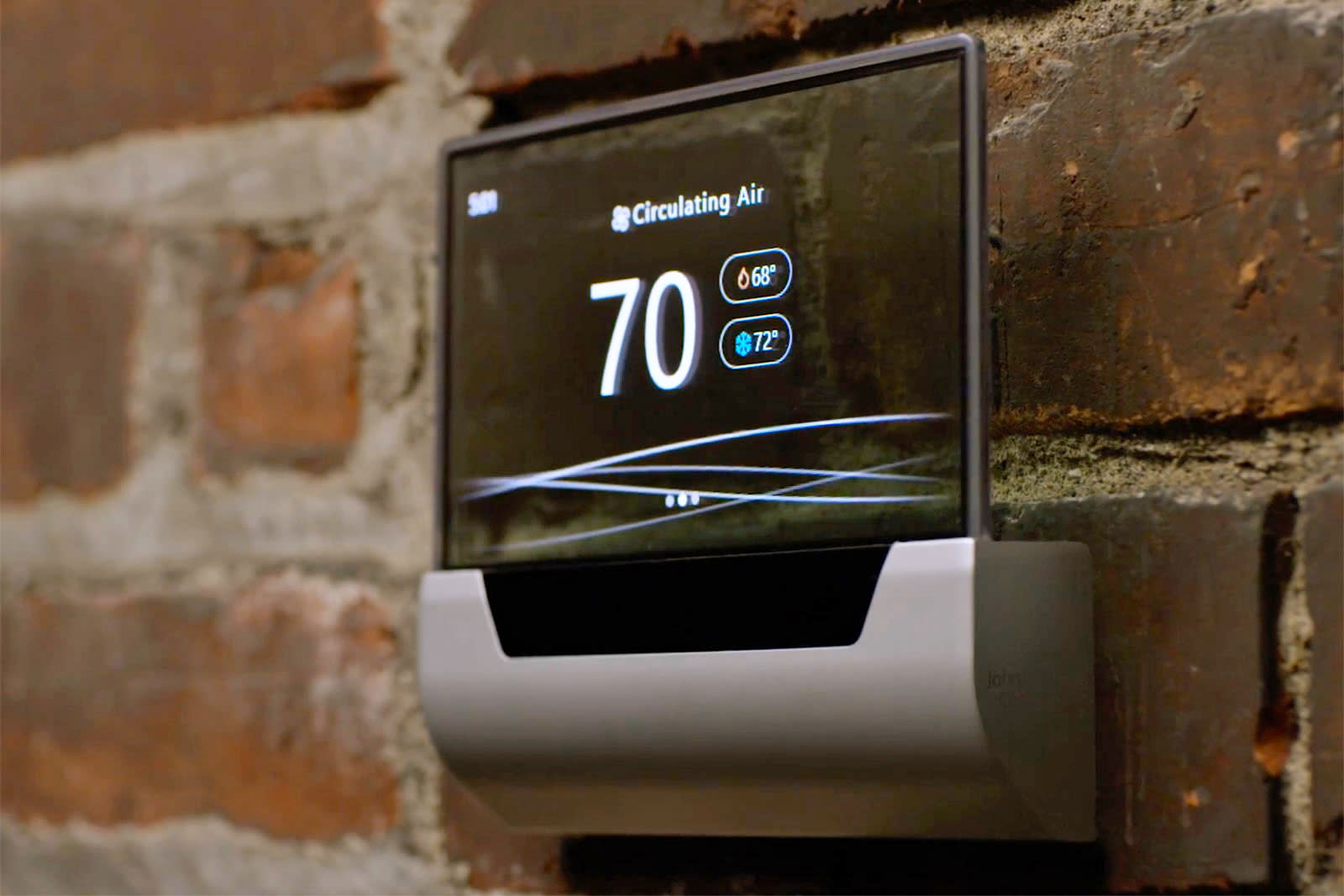 Microsoft isn't content to let Amazon or Alphabet dictate the future of the smart home. The software giant has unveiled a smart thermostat from Johnson Controls, GLAS, that promises to one-up what you see from the likes of Nest. The slick-looking control packs both a translucent touchscreen and, more importantly, Cortana voice controls -- you don't have to talk to a speaker or your phone to change the temperature. The promo video (below) doesn't go deep into the feature set, but the Windows 10 IoT Core-based hardware is known to detect both your presence in the room as well as air quality indoors and out.

As for launch details? Neither Microsoft nor Johnson Controls has said anything at this point (we're reaching out), but it's safe to say this will cost more than your average home climate controller. Let's just hope it arrives in a reasonable timeframe.

Smart home devices like this were expected following the launch of Microsoft's Cortana Skills Kit back in May. The company wants Cortana and other Windows 10 technologies to be as ubiquitous in your appliances as they are in computers. However, the GLAS unveiling gives a better idea of what that vision looks like in practice beyond Harman Kardon's smart speaker. At least some manufacturers of Cortana-capable device will try to beat out rivals like Nest with advanced features and exotic designs that you rarely (if ever) see elsewhere.

In this article: cortana, gear, glas, home, internet, johnsoncontrols, microsoft, smarthome, thermostat, video, voicecontrol, voicerecognition, windows10, windows10iotcore
All products recommended by Engadget are selected by our editorial team, independent of our parent company. Some of our stories include affiliate links. If you buy something through one of these links, we may earn an affiliate commission.