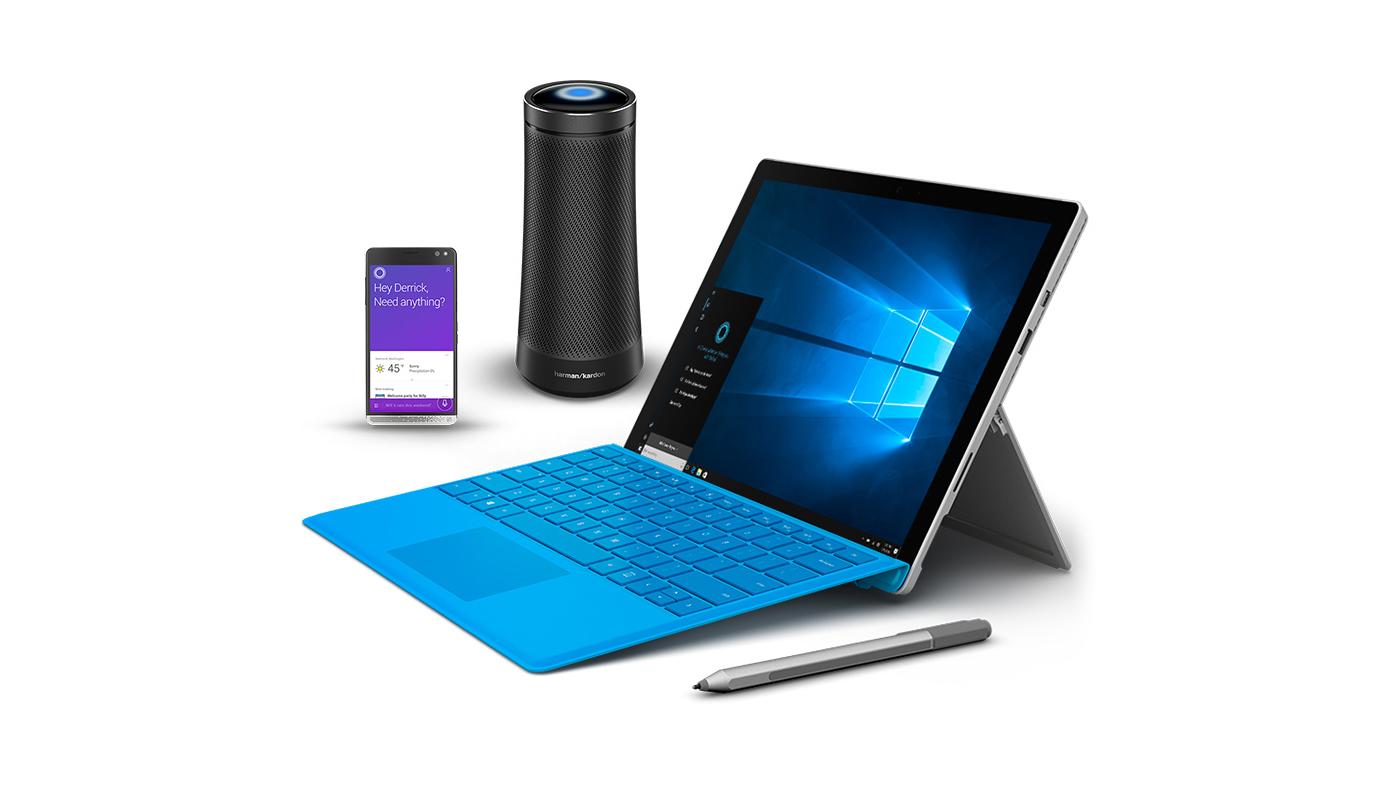 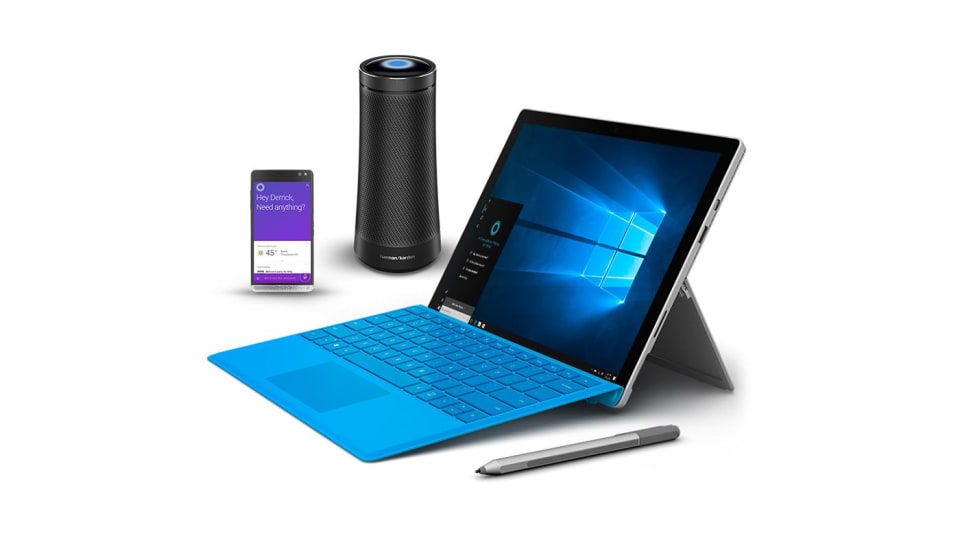 When Microsoft unveiled Cortana three years ago, it was positioned as the company's response to Siri and Google Now. But as Windows Phone faltered, Microsoft wisely shifted Cortana over to other mobile platforms and Windows PCs, where it could hook into your calendar and email to offer even more personalized assistance. Now, it appears that Microsoft wants Cortana to take over yet another space -- the living room.

At Build, Microsoft's annual developer conference, the company revealed that it was working on several Cortana-powered smart speakers that would take on Amazon's Echo. Aside from the Harmon Kardon Invoke that was leaked earlier this week, both HP and Intel are working on their own Cortana-powered speakers. What's more, Microsoft also launched a Cortana Skills Kit so developers can teach the personal assistant new skills or at least convert them from Alexa.

The company gave hints that this play for the living room was coming a few months ago, when a leak showed that Windows 10 was getting a Home Hub feature that would turn any PC into an Echo rival. Home Hub promised that the entire family could share calendars and shopping lists, and a smart-home app would control all your connected devices -- with Cortana stepping into a role similar to Alexa. Microsoft also recently revealed that the Windows Creator 10 Update would bring Cortana to Windows 10 IoT Core devices with screens, which could include everything from a thermostat to a smart refrigerator. Of course, Microsoft's Xbox One finally added Cortana not long ago as well.

Still, not everyone is going to buy an Xbox One, especially non-gamers. Also, the aforementioned smart appliances are months, if not years, away from being on the market. Not everyone has the funds to buy a whole new IoT appliance or a brand-new PC, both of which can cost thousands of dollars. Integrating Cortana into $200 speakers, however, is a much more affordable way to sneak Microsoft's personal assistant into people's homes.

It's a tactic that Amazon has already proved with the Echo. Though the company wouldn't reveal sales information, an independent consumer report estimates that 8.2 million customers own one of Amazon's smart speakers. A company spokesperson wouldn't confirm the number, but did say that "there are millions of Alexa-enabled devices out there."

On top of that, the Alexa-powered ecosystem has grown to include all kinds of services and applications. It's even integrated in a variety of third-party hardware like smartwatches and phones -- even cars. Amazon shows no sign of slowing down, either, as evidenced by the introduction of the touchscreen-enabled Echo Show earlier this week, along with increased investment in developing Alexa's AI smarts. With such a growing market, it's no wonder that others want a piece of it, too. Google, for example, released its own Google Home speaker last year, which CEO Sundar Pichai said had a "very strong" first quarter.

With Amazon and Google duking it out for a space in the living room, it's certainly prudent for Microsoft to get in as well. After all, this is the same company that's harbored smart-home dreams since the '90s. In this 1999 Microsoft Smart Home video, for example (credit goes to Gizmodo for finding it), it predicted a whole slew of smart-home tech that proved to be remarkably prescient, like a personal voice assistant, connected thermostats and internet-enabled TV (remember WebTV, anyone?). Alas, Microsoft never really brought its dream to fruition. It did come really close with Windows Media Center back in the early aughts, but it's unfortunately since been discontinued.

With Cortana, however, Microsoft has yet another shot at its smart-home dreams. Sure, it has a lot of catching up to do with Amazon, and it doesn't have nearly the AI smarts that Google does, but Microsoft could bring something else to the table: sheer ubiquity. With Cortana available on iOS, Android, your PC and now in the center of your home, Microsoft's smart ecosystem could trump everyone else's simply because it would be the most-integrated across all your devices. Microsoft might have missed the mobile boat, but if it succeeds in the smart home, it would further prove to the world that the company is more than just a boring PC company.

In this article: applenews, build, build2017, cortana, gear, microsoft, personal computing, personalcomputing
All products recommended by Engadget are selected by our editorial team, independent of our parent company. Some of our stories include affiliate links. If you buy something through one of these links, we may earn an affiliate commission.