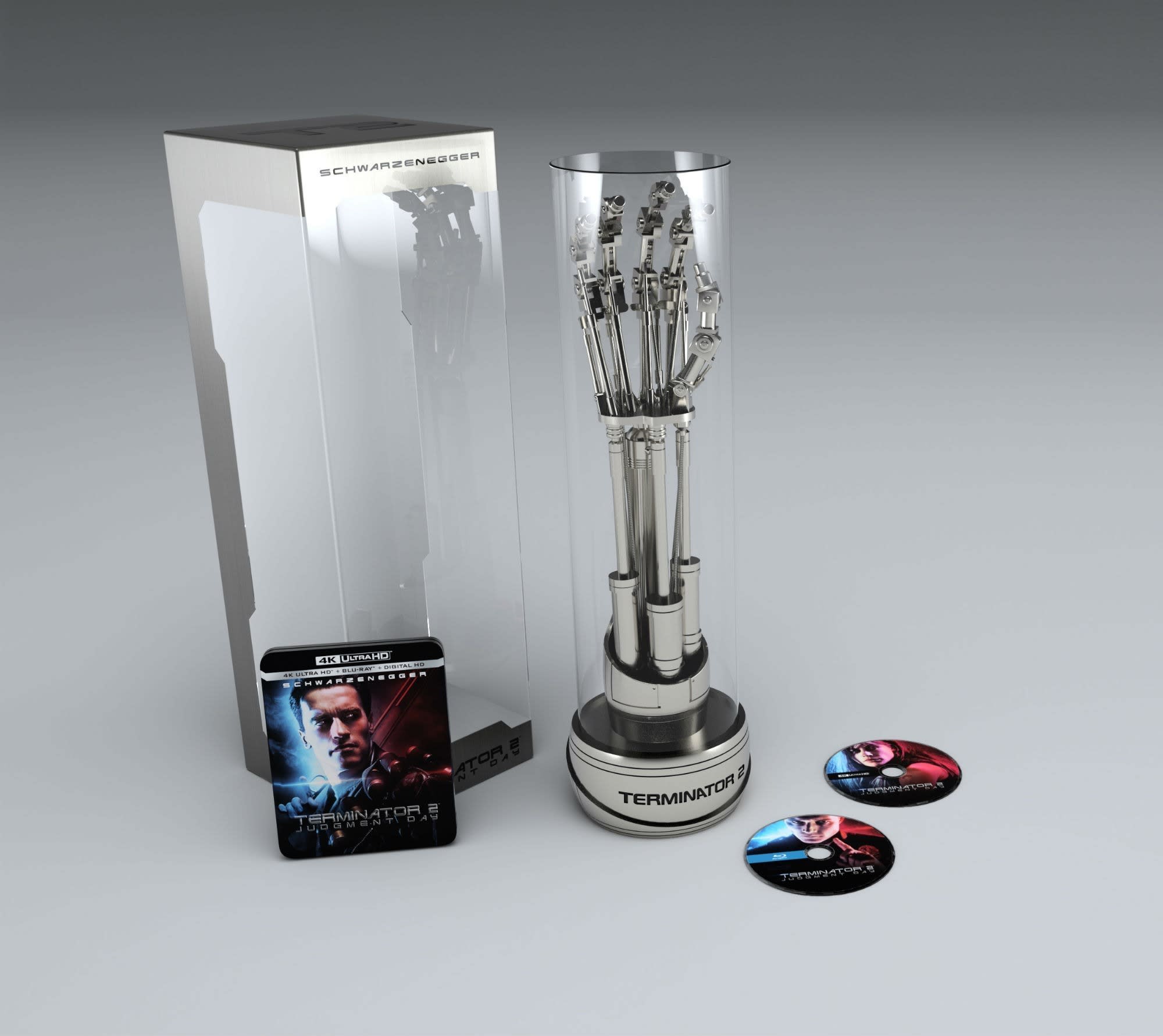 Terminator 2: Judgment Day is one of the best action movies of all time. It's also consistently been a great piece of reference material for home theater geeks who like showing off just what their fancy audio and video gear is capable of. Well, this fall writer-director James Cameron's classic will be released on UHD Blu-ray. With it comes HDR video, a new 4K restoration and, if you feel like dropping $175, a life-size T-800 endoskeleton arm replete with Cameron's signature. Yep, like the one John and Sarah Connor tossed into a vat of molten steel at the movie's end.

If you can't justify picking up one of the 6,000 that'll be produced (which is entirely understandable), there will be $23 combo pack with the UHD Blu-ray, HD Blu-ray and a download code. Both versions come with a new documentary featuring Cameron, Arnold Schwarzenegger ("Uncle Bob"), Edward Furlong {"John Connor") and other cast members.

Sure, $180 is a high price to pay for a tchotchke, but if you slept on the last time there was a T-800-styled special edition, it's actually a bit less expensive. The six-disc Blu-ray edition with a chrome skull is currently going for $330 on Amazon from third-party sellers. Practice telling that to your significant other now, and by October 3rd you might actually have a shot at convincing him or her the UHD set is a worthy investment.

In this article: 4k, ahnold, av, entertainment, hdr, HighDynamicRange, restoration, skynet, t2judgmentday, tchotchke, terminator, terminator2, udh, udhbluray
All products recommended by Engadget are selected by our editorial team, independent of our parent company. Some of our stories include affiliate links. If you buy something through one of these links, we may earn an affiliate commission.