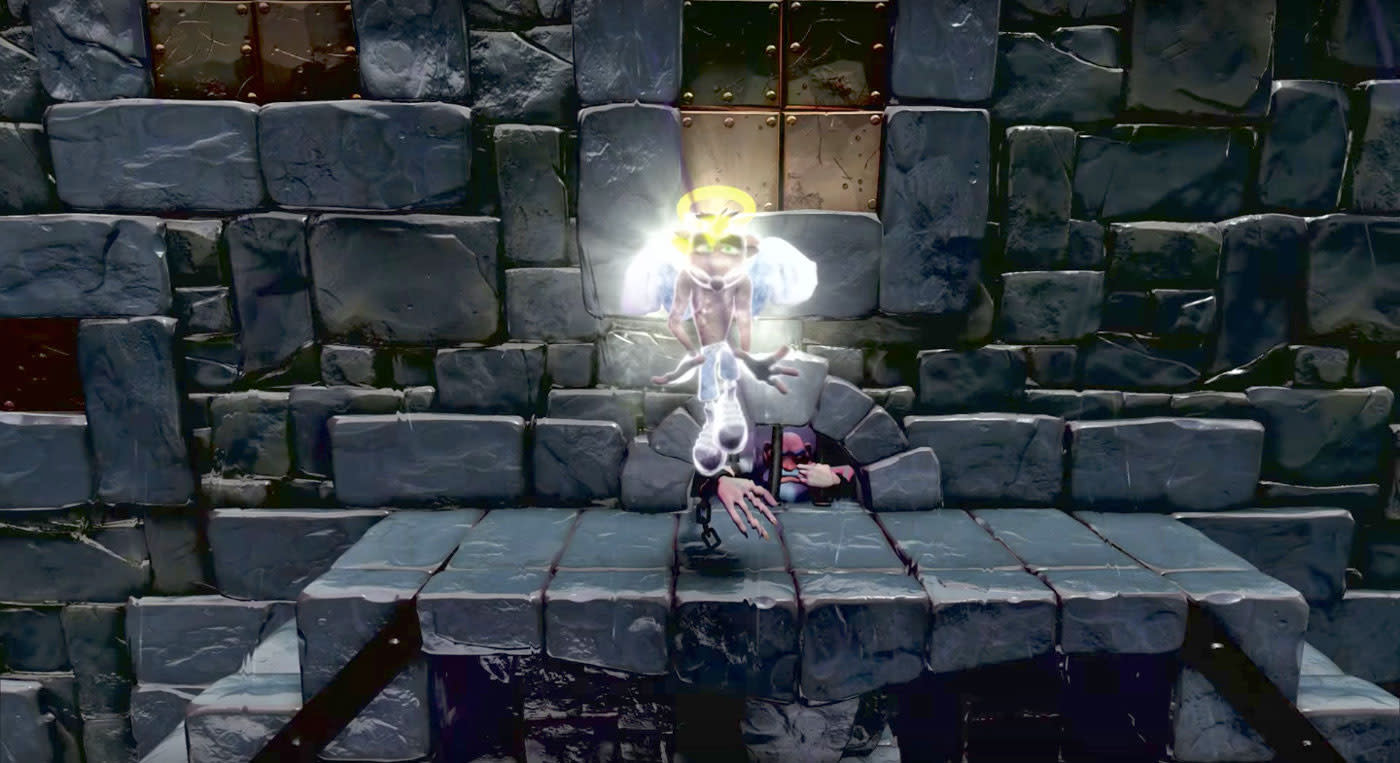 A lot of Crash Bandicoot fans already find the N.Sane Trilogy remake much tougher than the original games, but that hasn't deterred its developer from making it even more challenging. Now, when you check the PlayStation Network, you'll find a new Crash DLC called "Stormy Ascent" -- a level Naughty Dog had to hide, because it was "just too damn difficult." The games' original developers had no time to safely delete it from discs, and players were able to access it on the PS1 with a Gameshark code.

The PlayStation Blog has posted an interview with Taylor Kurosaki, the level's designer and one of the original game's developers at Naughty Dog, and N.Sane Trilogy director Dan Tanguay of Vicarious Visions. Kurosaki said he still didn't have "a great understanding of a difficulty curve" back then, so it ended up becoming insanely difficult and around four times longer than any other level. Tanguay said they decided to release Stormy Ascent anyway after the best player in his team fell in love with it even after having to use up 60 lives to get through it.

It certainly sounds like playing Stormy Ascent is a trial in patience and perseverance. If you'd like to take on the challenge, you won't need cheats this time around -- the DLC is free to download until August 19th.

In this article: art, CrashBandicoot, crashbandicootnsanetrilogy, dlc, gaming, stormyascent
All products recommended by Engadget are selected by our editorial team, independent of our parent company. Some of our stories include affiliate links. If you buy something through one of these links, we may earn an affiliate commission.