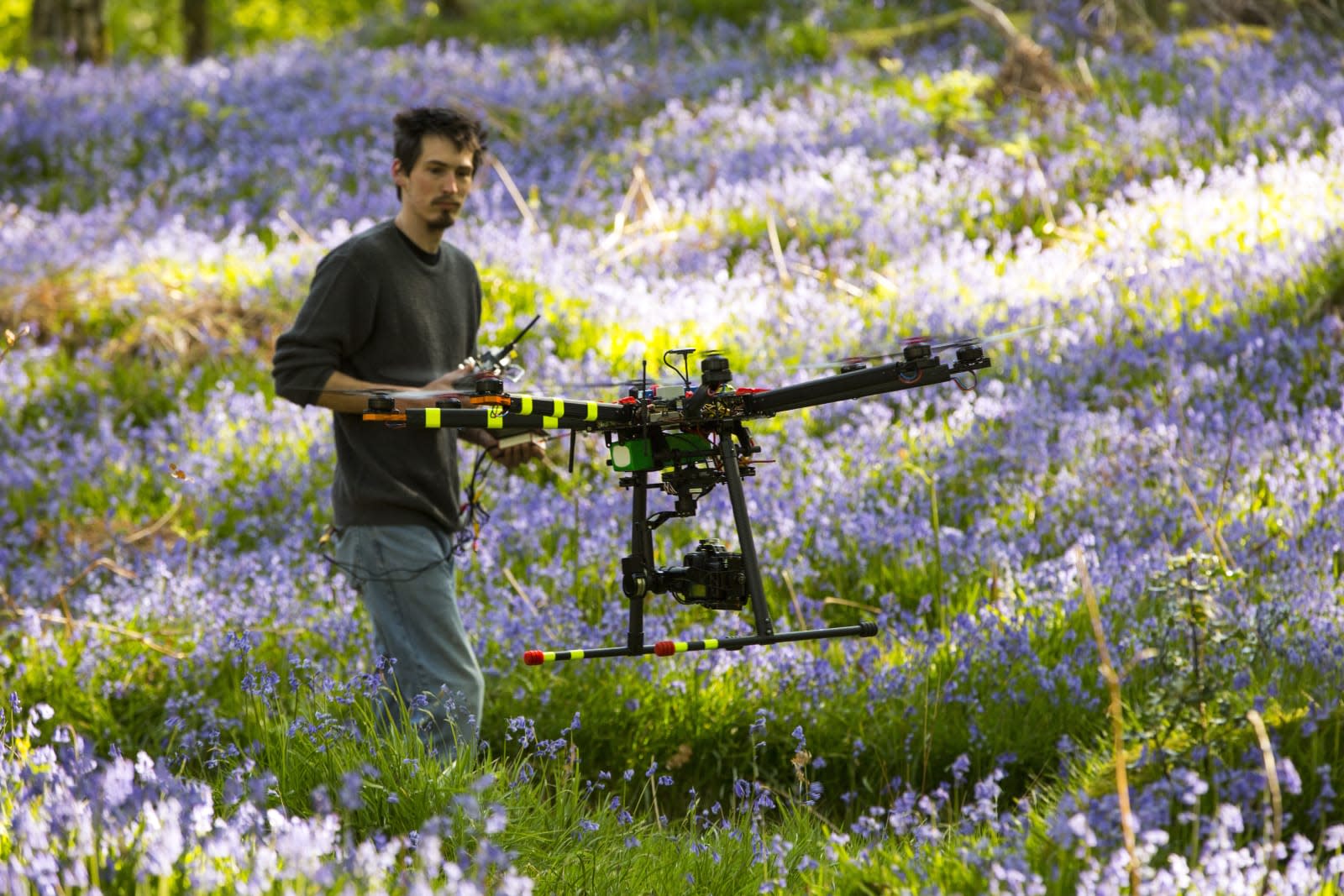 US officials might be easing up on drone regulations, but their UK counterparts are pushing forward. The British government has instituted rules that require you to not only register any robotic aircraft weighing over 250g (0.55lbs), but to take a "safety awareness" test to prove you understand the drone code. Regulators hope that this will lead to fewer drones flying over airports and otherwise causing havoc in British skies. Not that they're taking any chances -- the UK is also planning wider use of geofencing to prevent drones from flying into dangerous airspace.

The new rules come following a study highlighting the dangers of wayward drones. A smaller drone isn't necessarily safer than its larger alternatives, for example -- many of those more compact models have exposed rotors that can do a lot of damage. A drone weighing around 400 g (0.88lbs) can crack the windscreen of a helicopter, while all but the heaviest drones will have trouble cracking the windscreen of an airliner (and then only at speeds you'd expect beyond the airport). While you might not cause as much chaos as some have feared, you could still create a disaster using a compact drone.

It's nothing new to register drones, of course, and it doesn't appear to have dampened enthusiasm in the US. The test adds a wrinkle, though: how willing are you to buy a drone if you know you'll have to take a quiz? The test likely won't slow sales too much, if at all, but it could give people one more reason to pause before buying a drone on impulse. Manufacturers appear to be in favor of the new rulebook, at any rate -- DJI tells the BBC that the UK is striving for a "reasonable" solution that balances safety with a recognition of the advantages that drones can bring to public life.

In this article: drone, drones, gear, geofencing, government, politics, regulation, robots, safety, uk
All products recommended by Engadget are selected by our editorial team, independent of our parent company. Some of our stories include affiliate links. If you buy something through one of these links, we may earn an affiliate commission.