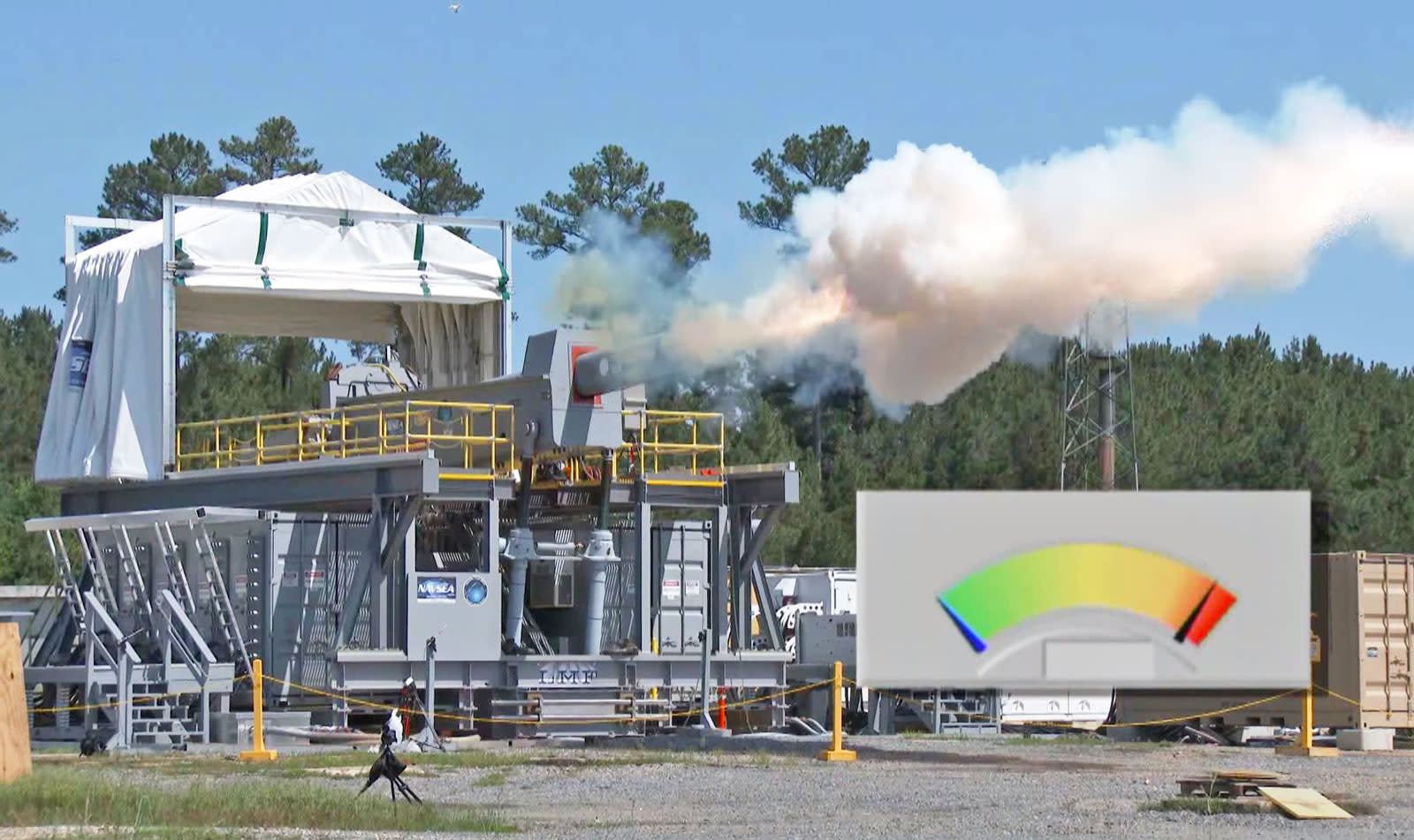 The US Navy has been testing its railguns, which fire shells at high velocity using electromagnets instead of explosive propellant, for years. Test footage emerged in 2012 showing off successful demonstration of the experimental weapon on land targets. But at long last, the military's new artillery piece is ready for live-fire testing in the field.

The Office of Naval Research (ONR) noted in a press release that the weapon has already pulled off multi-shot salvos at low-muzzle energy. Ideally, they hope to get the latter up to 32 megajoules -- the force of 32 one-ton cars hitting at 160 mph -- and get the firing rate up to ten shots per minute by the end of the year, head of Naval Air Warfare and Weapons for ONR Dr. Tom Beutner told DefenseTech.

The ONR hasn't indicated when the electromagnetic cannon will get deployed to its fleet, but back in February 2016 the military started eyeing the last of its three slick new Zumwalt-class stealth destroyers, the Lyndon B. Johnson, as the first ship to get one. Whether the gun will be ready by that ship's expected launch date in 2018 is unclear.