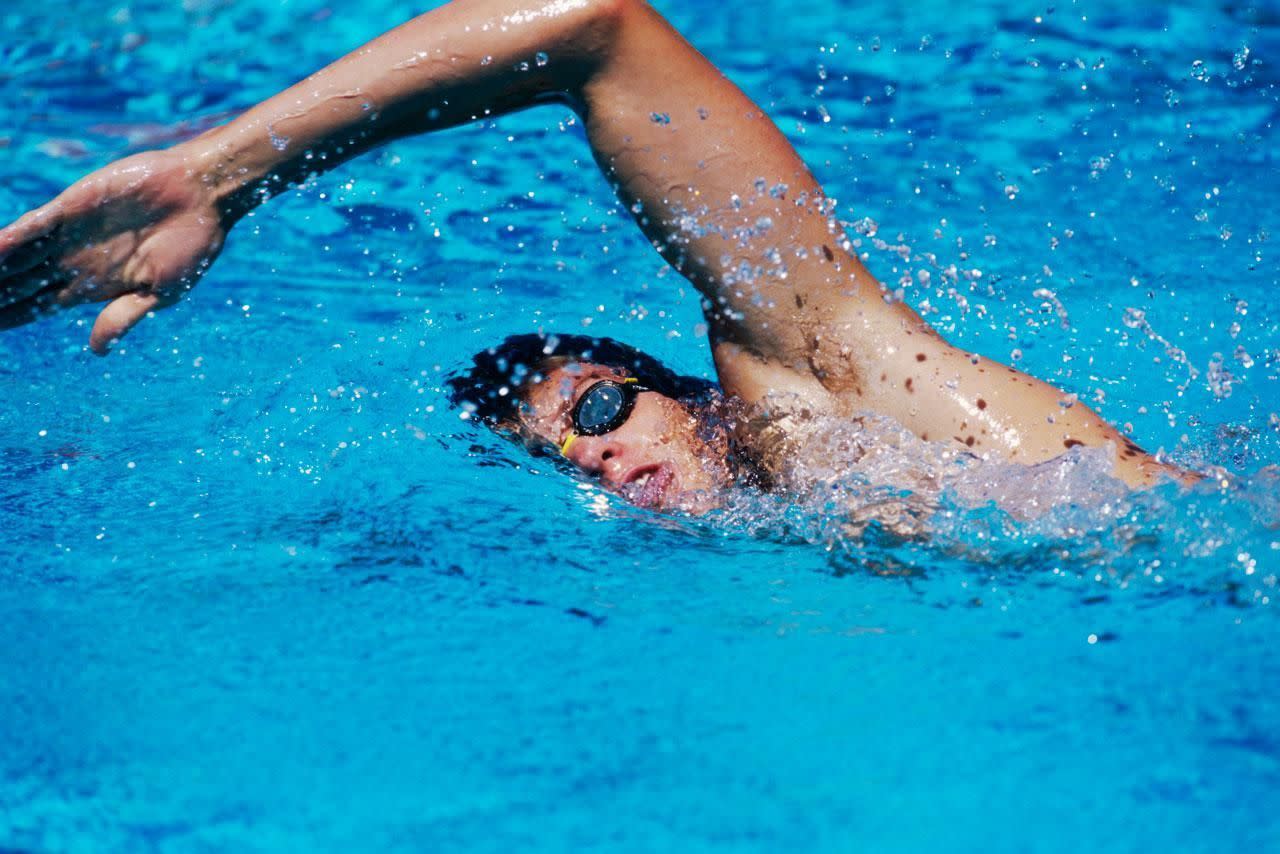 With invasive surgery sometimes being a literal pain in the ass, it's no surprise that scientists are working tirelessly to minimize the need for such procedures. Now, however, China's Harbin Institute of Techonology is hoping to bypass fiddly surgery completely, thanks to its new tiny, swimming robots. Inspired by the fastest human method of swimming, the front crawl, these nanobots travel in a similar fashion, with their magnetic arms rotating and propelling them forward as the researchers apply a magnetic field to the bot's arms.

This cleverly designed bot is pretty swift too, able to swim the front crawl at an impressive 10 micrometers per second. Thanks to its hefty arms and impressive speed, the bots have a momentum strong enough that they can even pass through thick liquids like blood in order to administer medicine from inside your veins.

As you'd expect, bodily fluids are far more difficult for the nanobots to swim through than water, thanks to the increased density. In a bid to prepare their tiny little machines for all manner of disgusting human fluids, the researchers also tested the nano-swimmers' movement speed by dunking them in serum. Unsurprisingly, their movement speed almost halved, with the bots only able to swim 5.5 micrometers per second through the fluid.

This test is crucial, as it measures how effectively swimmers could be used if coated in medicine and then injected directly into the bloodstream. Despite moving significantly slower through fluid than water, these little bots are actually far swifter in serum than other rival nano-swimmers, which makes them a good candidate for future nanobot medical research.

"It's exciting due to its speed and its really small size, just about the same size as a blood vessel," says Eric Diller, a microbot researcher at the University of Toronto. "It's small enough basically to go anywhere within the body."

While these swimmers are certainly impressive, the next generation of these nanobots will have to be built from biodegradable materials before they can be safely sent into the bloodstream. Diller goes on to say, however, that in the next five to 10 years, clinical trials could begin that test these bots on less difficult areas in the body, like the eyeballs or urinary tract.

In this article: medicine, nanobots, robots, swimmers
All products recommended by Engadget are selected by our editorial team, independent of our parent company. Some of our stories include affiliate links. If you buy something through one of these links, we may earn an affiliate commission.