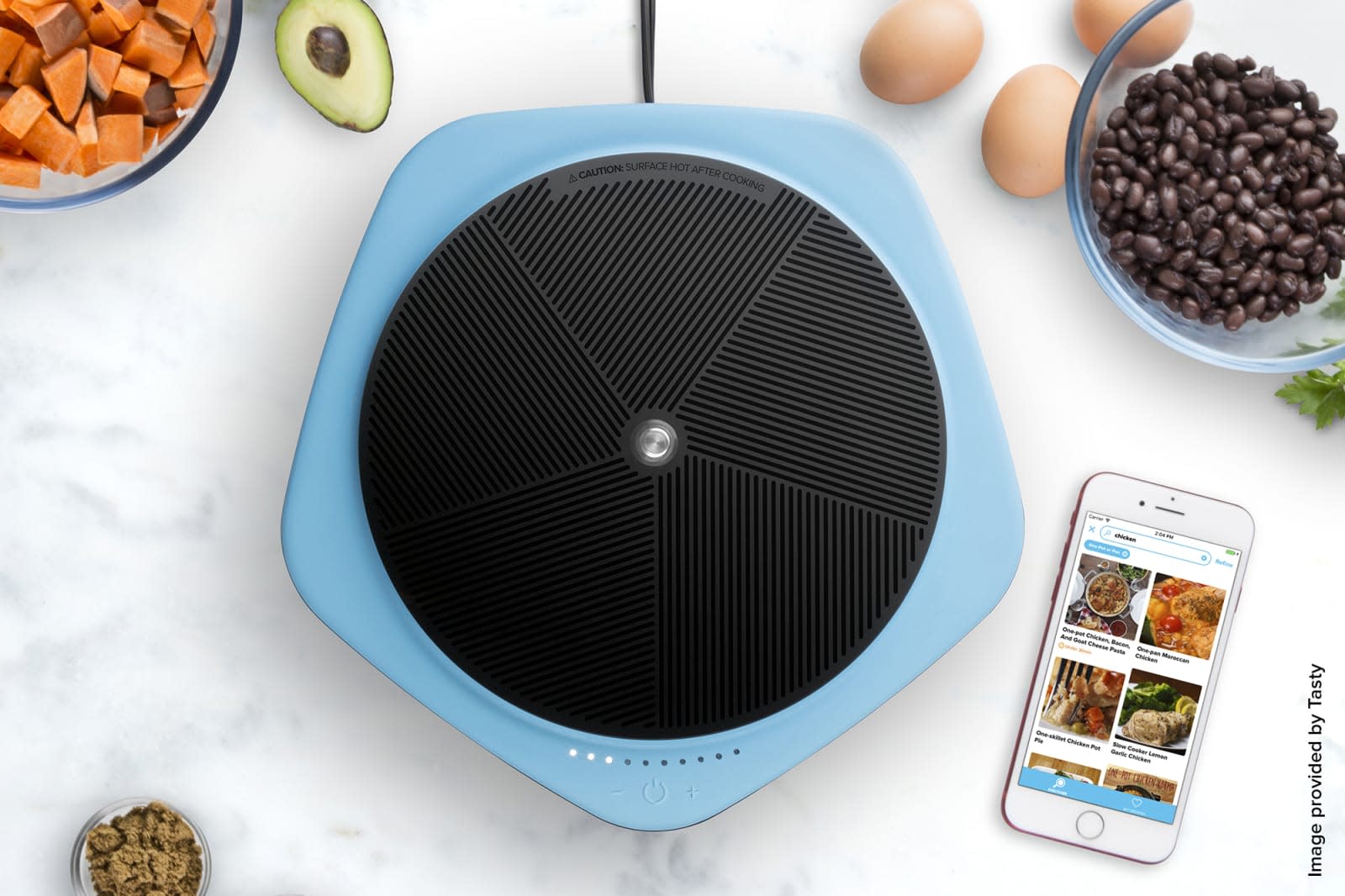 If you've ever been reading Buzzfeed and thought "this is a company that should get into the hardware business," well, you're in luck. The media company has paired with GE to bring you a Bluetooth-enabled induction cooktop that pairs with their all-new Tasty app for the iPhone. It's available for preorder now and will set you back $150.

Called the Tasty One Top, this fancy hot plate can be used for many types of meal preparation, from slow cooking to sous vide. It will track the temperature of both your pot and your food to make sure you get great results out of cooking; if you've ever worried about burning food or undercooking your chicken (something that worries everyone, let's be honest), this will set your mind at ease. The team's hope is to make cooking more widely accessible through the Tasty app, which contains more than 1,700 recipe videos. Users can select a video on their iPhone's Tasty app, which will sync with their One Top. The videos and app will instruct users through step-by-step instructions while also communicating with the induction cooktop, setting the temperature automatically. The Verge reports that the cooktop will also have a manual mode, so you can use it without the Tasty app if you prefer.

This might seem like a strange move for a media company, to be branching out into hardware. According to the press release, since its launch two years ago, Buzzfeed's Tasty has become the "largest social food network in the world." It makes sense that Buzzfeed would want to capitalize on its popularity. While people who are comfortable in the kitchen will likely raise an eyebrow at this device, it's not meant for or aimed at them. Instead, this could help people who aren't at ease with cooking figure out how to prepare meals for themselves. And considering how much healthier it is to cook for yourself than eat out constantly, we'll call that a win.

In this article: buzzfeed, food and drink, food-and-drink, foodanddrink, GE, tasty
All products recommended by Engadget are selected by our editorial team, independent of our parent company. Some of our stories include affiliate links. If you buy something through one of these links, we may earn an affiliate commission.