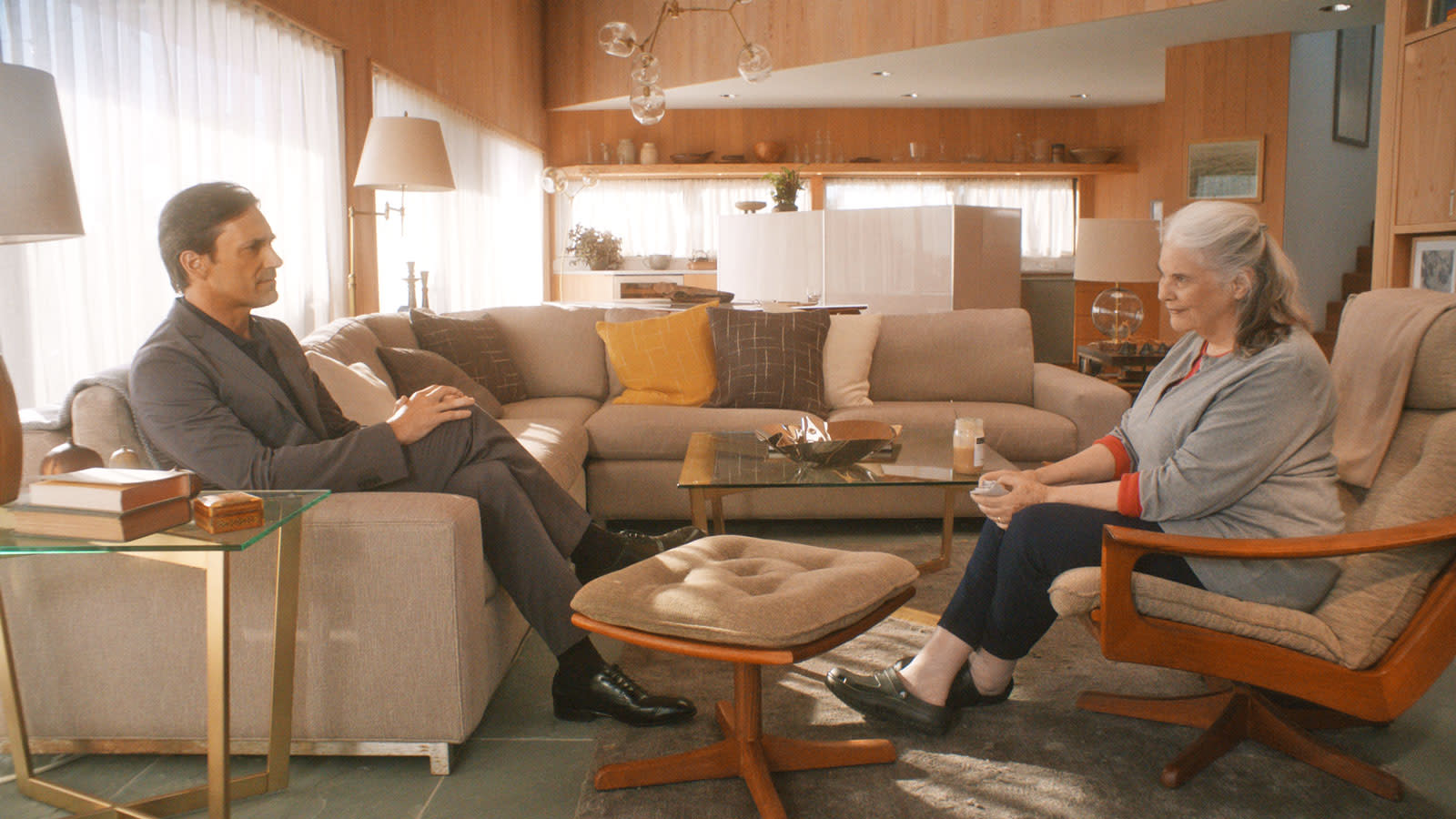 Despite humanity's astounding technological advances, the one thing that we've never been able to invent our way out of is our own mortality. But what if you never actually had to lose the ones you love? That's the premise of upcoming sci-fi flick Marjorie Prime, where advances in AI make the human grieving process a thing of the past. Struggling to come to terms with the death of her husband, the movie's main character, Marjorie, uses a computer program to immortalize him as a piece of AI.

With Madmen's Jon Hamm playing the protagonist's hunky holographic husband, the trailer gives us a glimpse into how Marjorie's daughter struggles to come to terms with seeing an AI version of her late father. Like Spike Jonze's award-winning Her, Marjorie Prime looks to explore what it means to be human and the role that technology could play when it comes to helping us cope with loss.

The movie is based on the Pulitzer-Prize nominated play of the same name, written by Jordan Harrison. Unsurprisingly, it's already drawing comparisons to Black Mirror, thanks to its refreshingly human-focused and grounded take on a fairly out there sci-fi premise. If it were me, I'm not sure whether I'd opt for the AI route or take the grief cold-turkey. Given his rather outspoken statements on AI, however, I think we all know what Elon Musk would choose.

Marjorie Prime will be premiering in New York and L.A on the 18th of August, with a wider US release following shortly afterward.

In this article: ai, av, entertainment, movies, sci-fi
All products recommended by Engadget are selected by our editorial team, independent of our parent company. Some of our stories include affiliate links. If you buy something through one of these links, we may earn an affiliate commission.