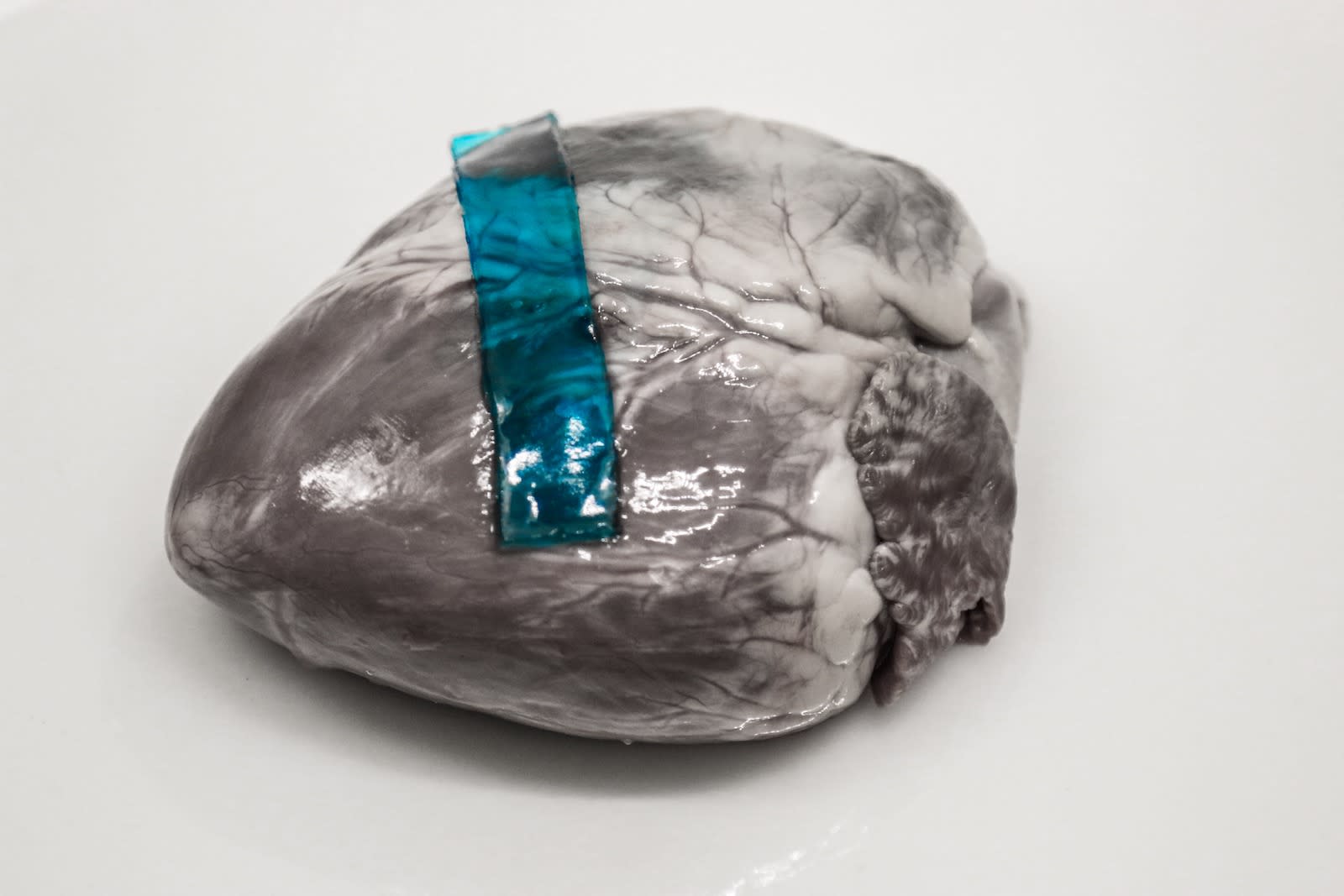 Being able to repair internal tissue with adhesives would be incredibly useful in the medical world. As of now, those kinds of repairs are limited to sutures and staples, which are far from ideal and while external wounds can be closed with certain glues, they don't work for internal surfaces. First, the insides of our bodies are really wet -- not great for glues. And many of the strongest adhesives we have are either toxic to cells or too stiff to work on squishy, moving organs. But researchers have created a new class of adhesives that get around all of these problems, and they were inspired by slug slime.

A defensive mucus created by Arion subfuscus slugs has a makeup that's ideal for medical adhesives. It's really sticky, but also very tough and flexible. So, researchers at Harvard modeled their adhesives after it, giving theirs a sticky surface and a flexible, stretchable matrix. It's non-toxic and was able to strongly stick to pig skin, cartilage, beating and non-beating hearts, arteries and even livers, which are particularly slimy. The adhesive was able to strongly adhere to the surfaces, hold up to movement and stretch really far. Adhesion occurs in just minutes and it can stick to surfaces even when they're covered in blood.

Actually getting adhesives like this from the lab to the surgical room is an uphill battle, but the results of the researchers' study on this new type of adhesive, which was just published in Science, is promising and could be a new direction for biomedical adhesives. Check out this video to see the adhesive in action on a beating heart, but be warned, it's not for the sensitive viewer.

In this article: adhesive, biomedical, gear, harvard, medicine, research, surgery
All products recommended by Engadget are selected by our editorial team, independent of our parent company. Some of our stories include affiliate links. If you buy something through one of these links, we may earn an affiliate commission.