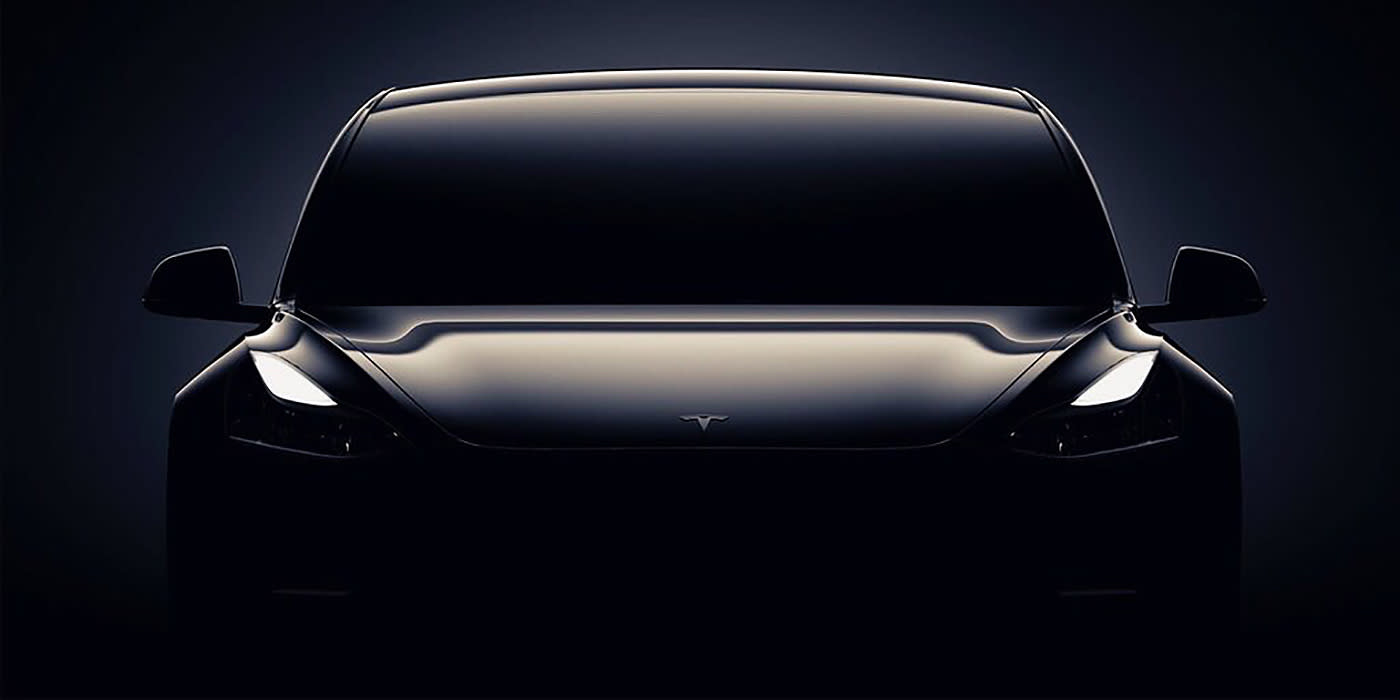 Elon Musk promised to hand over the first 30 Tesla Model 3s at a special soirée tomorrow (July 28th), and buyers and fans of the EV are psyched. Rightfully so -- it's the most important electric car ever, with sales estimated at around 400,000. To help more folks join the fun, Tesla says it will livestream the event at 8:45 PM PT (a quarter to midnight on the East coast) on the home page at Tesla.com.

Musk will be handing the keys to the first Model 3 to himself, as Tesla board member Ira Ehrenpreis gifted his place in the queue to Tesla's CEO. The other 29 copies will go to Tesla employees or current owners of Tesla EVs. After that, Musk has promised to ship 100 Model 3s next month and around 1,500 in September, eventually ramping up to 10,000 per week.

Watch the first Model 3 handovers on https://t.co/7Ol1Bw0ZaG this Friday at 8:45pm PT pic.twitter.com/b00OZGviNK

Those buyers, some of whom placed deposits as early as March, 2016, have not been told their place in the queue, however. Nor does anyone know what options they'll be getting and hence the final price, Bloomberg notes. Consequently, many future owners are getting a bit antsy, and are hoping that Musk will provide more details tomorrow.

Depending on your place in the queue, the Model 3 will soon get more expensive. After Tesla sells 200,000 EVs in total, a countdown begins until the government starts to phase out the $7,500 federal tax credit. That will happen pretty soon, as Tesla sold an estimated 112,000 cars at the end of 2016, and delivered around 47,000 vehicles in the first half of 2017. If the company hits its target of delivering 20,000 cars per month by December, it will hit that 200,000 EV mark in around six months.

Once the 200,000 EV figure is achieved, the full $7,500 tax credit will remain during the current quarter and to the end of the next quarter. After that, it drops by half to $3,850 for the next six months, and in half again to $1,875 for the six months after that, at which point it drops to zero.

During the three-to-six-month grace period after 200,000 sales, buyers will still get the full rebate, provided that Tesla can ship them the Model 3. Consequently, buyers will be pressing Tesla hard to get their vehicles built in that period and during the 12 months afterwards to get any kind of federal credit at all. Many consumers will be eligible for state rebates, too.

Update: The article was edited to clarify that the full $7,500 Federal tax credit will remain in effect for three to six months after Tesla hits the 200,000 total EV sales mark, depending on where that falls in the current fiscal quarter. Therefore, it will take from 15 to 18 months before Tesla tax credits hit zero, not 12 months as the article originally stated.

In this article: EV, gear, green, Handover, Livestream, Model3, Tesla, transportation
All products recommended by Engadget are selected by our editorial team, independent of our parent company. Some of our stories include affiliate links. If you buy something through one of these links, we may earn an affiliate commission.