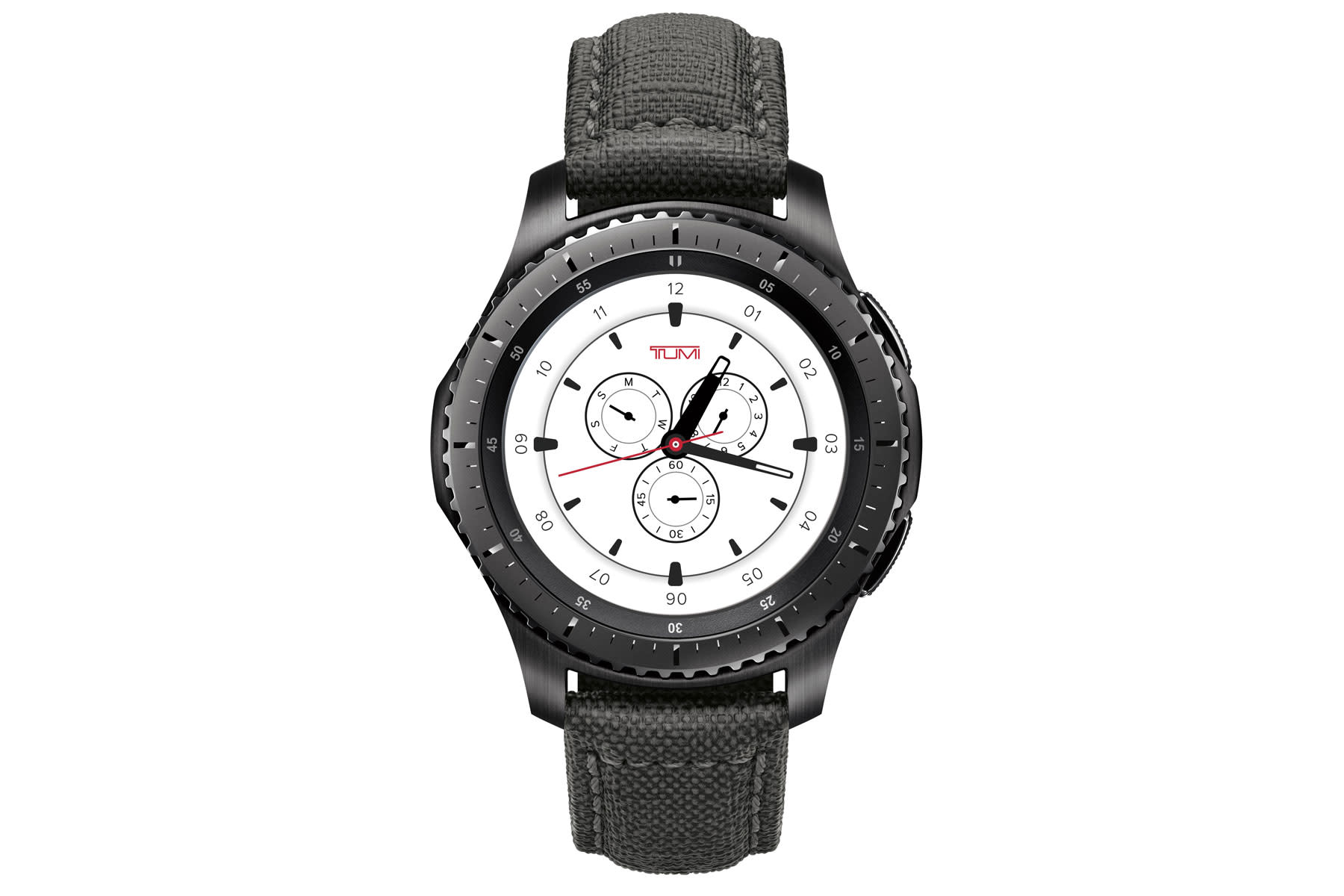 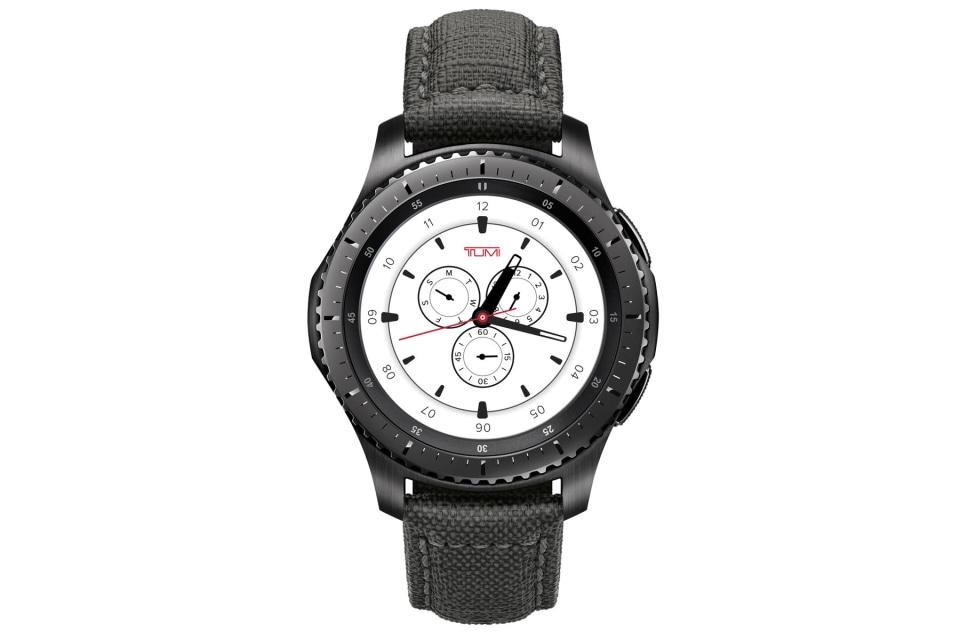 If you insist on toting your gear around in TUMI-branded bags, then Samsung might have the watch that's right for you. The two companies have teamed up to launch a version of the Gear S3 Frontier that bears the TUMI logo on its virtual face. As well as the new custom face, the biggest change is that the device comes with a strap made out of the luggage maker's trademark grey Italian canvas.

In every other regard, however, it's the same Galaxy S3 Frontier that was announced at the end of August last year. The Tizen-running wearable packs a 1.3-inch, 360 x 360 Super AMOLED display, a Gorilla Glass SR+ Crystal and a 380mAh battery. As before, there is 768MB RAM and 4GB storage, and will connect to your smartphone over Bluetooth 4.2.

Samsung's strategy seems to mirror other smartwatches that we've seen in 2017, using luggage and travel as a way to up-sell customers. After all, Louis Vuitton's $3,000 Android Wear device wants to appeal to the frequent flier set in a similar way. Despite being built upon existing technology that you can get elsewhere for less cash, the hope is that brand devotees will show their dedication by paying for the name.

If we were expecting the Gear S4 to be announced at the end of August, then this late-in-life announcement raises some questions. Could Samsung not have waited a couple of months and announced the TUMI-branded S4 at the end of August? Since there are no rumors -- yet -- about new wearables, perhaps the company is, as we mused a few days ago, taking a step back from the category.

The Samsung Gear S3 Frontier TUMI Special Edition, to give it its full name, will be available to buy online July 28th and in-store on August 6th. No matter where you buy it, however, the timepiece will set you back $450, while the vanilla S3 remains available for $300.

In this article: gear, GearS3, GearS3Frontier, samsung, SamsungPay, Smartwatch, Tizen, TUMI, wearables
All products recommended by Engadget are selected by our editorial team, independent of our parent company. Some of our stories include affiliate links. If you buy something through one of these links, we may earn an affiliate commission.