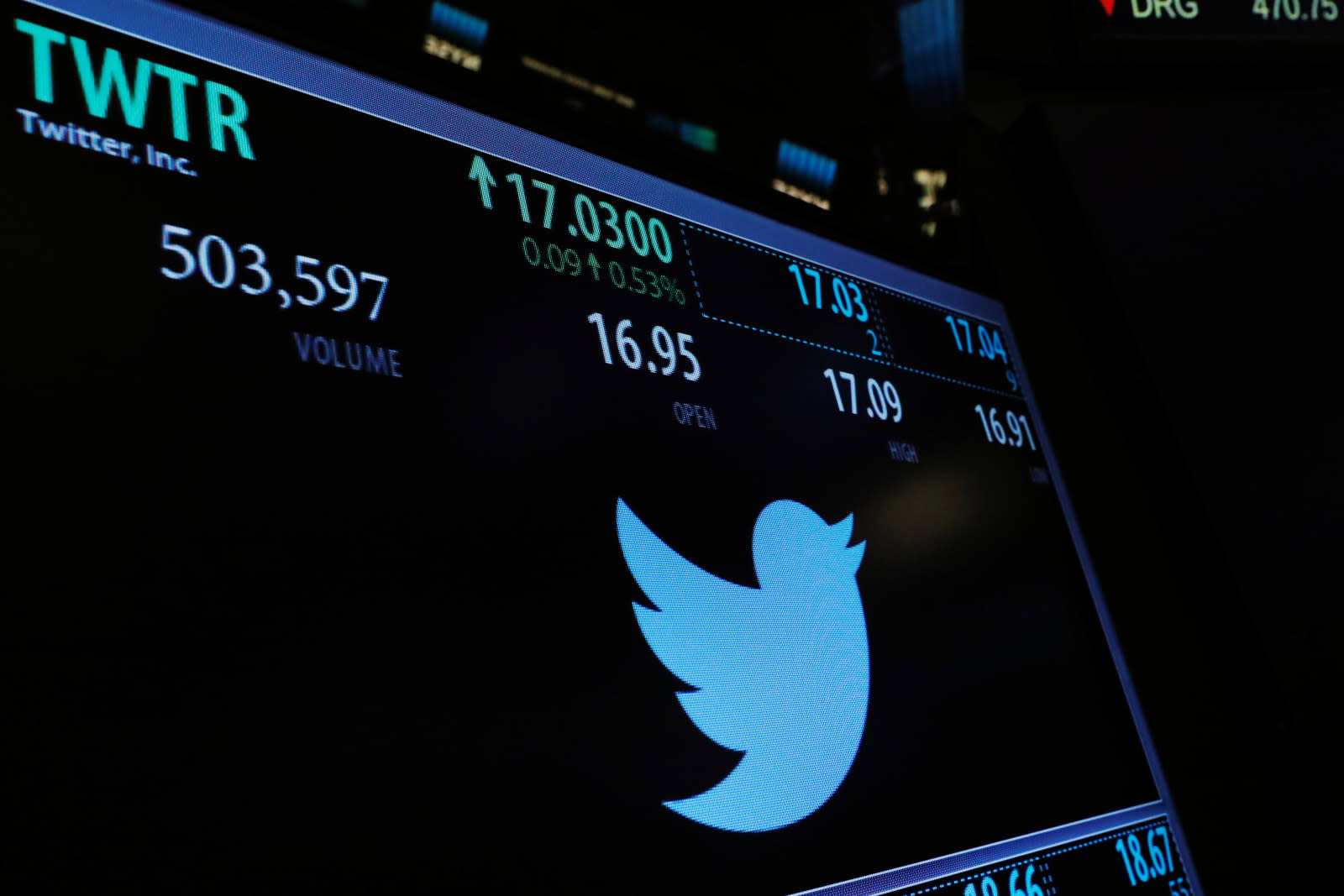 Twitter is testing a subscription plan that charges users $99 a month to automatically promote tweets into strangers' timelines. This wouldn't be a service offered to all: Only those invited would be given the option to bellow out tweets to folks who don't follow them. But at this point, it isn't another tool for big brands to use. It's aimed at users who aren't as Twitter-savvy -- i.e. power users and small businesses -- who would conceivably rather throw money at the social media network than micromanage their account.

This is a pretty clear experiment to try out a new source of cash flow for Twitter, which saw a drop in advertising revenue this year, making $439 million in Q2 2017 compared to $535 million in the same period last year. Twitter confirmed to Engadget that it's currently testing this program, but didn't comment further.

Users that had paid Twitter to promote their tweets before were invited to the pilot program, though interested users can apply for the program now and get 30 free days of "automated promotion." According to the FAQ section, it will only apply to the first ten tweets of the day, and they will go out to either users with similar interests or those in a chosen metropolitan area (but not both).

In this article: advertising, services, twitter
All products recommended by Engadget are selected by our editorial team, independent of our parent company. Some of our stories include affiliate links. If you buy something through one of these links, we may earn an affiliate commission.