HP brought a trippy tech museum to a music fest

It was a blazing hot summer's day, but inside a pitch black room in HP's "The Lab" at the Panorama music festival in New York, I got the chills. I was experiencing Right Passage, one of seven art installations hosted at a gallery set up by the company, which sponsored the festival. Right Passage was by far my favorite -- it's a spectacle that captured my imagination without inundating me with the "tech" of it all.

Most of the installations at The Lab were visually arresting and interactive structures that presented excellent selfie ops. But after a series of those works, walking into the dark, blacked-out room that housed Right Passage was disorienting. I felt apprehensive but excited, like I had walked into a haunted house. Moments later, rays of light shot out of a distant crevice, and I got slightly worried I had been abducted by aliens. Those of us in the area were drawn to it. But it was quickly obscured, and I noticed a stoic, expressionless woman standing in front of me. Without a word, she walked over to the side and pushed a large wall-like structure into the middle of the room.

Behind her, two other people did the same thing, splitting the room up into four smaller and almost claustrophobic sections. Lights continued to flash, the "walls" kept rearranging, synced to the throbbing music overhead. It was confusing, chaotic, and yet fascinating. After awhile, the people moving the panels started to dance in a slow, trance-like state; it was like interactive theatre meeting modern dance in a futuristic art museum. My fellow festival goers were just as absorbed, ooh-ing and ahh-ing aloud. Not once did I see an HP logo or feel like this was an orchestrated marketing stunt (even though, let's be real, that's exactly what it was). 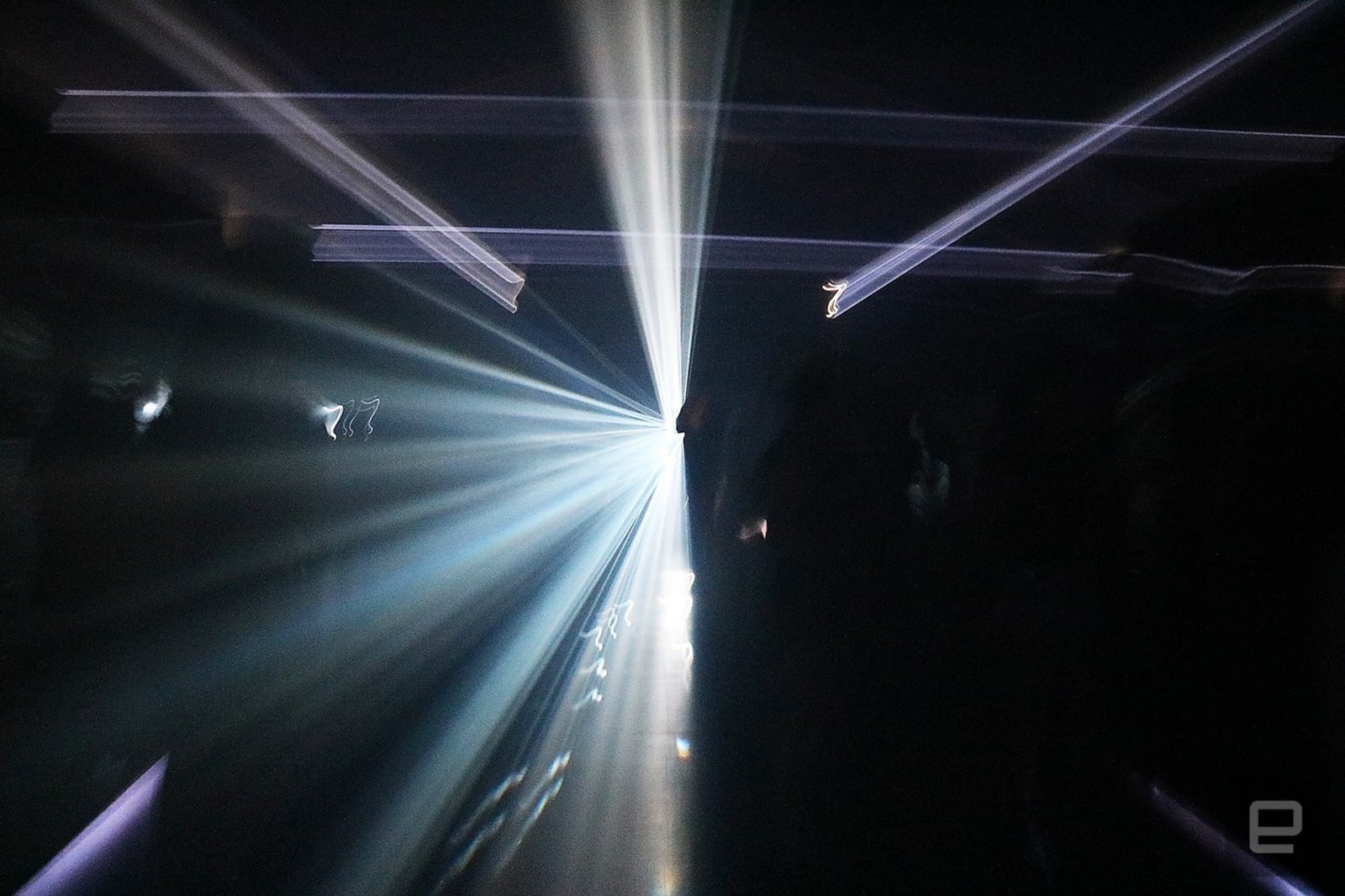 At The Lab, branding is kept to a minimal. "We want to power the experiences; We don't have to be the experience," HP's PR manager Conor Driscoll said. You'll still see placards at each exhibit's entrance, explaining what HP products were used to create it, but otherwise the pieces are left to speak for themselves. That's a smart move on HP's part, and the whole event itself is a clever marketing tactic. Although the company is far from being a "cool" brand the way Snapchat and Instagram are, it is so far one of the few PC makers to reach out to the ever-important millennial audience on their turf. You don't see rivals like ASUS, Lenovo, Acer and Dell going to music festivals and engaging people the way HP has.

This isn't the first time HP has used an unconventional, millennial-friendly event to reach a younger, savvier audience, either. The company also sponsored Panorama last year, and launched new laptops at Coachella this year. At both those festivals, HP also hosted similar exhibits to showcase works that blended art and technology.

As is usually the case when artists create with tech, the strongest works are the ones that don't focus on the gadgets behind the product. Some of the displays at Panorama managed to do that, delivering transportational experiences with technological subtlety, including Right Passage and short film The Ark. The latter is presented in a dome-shaped theater, projected on the walls and ceilings for an audience that reclines on beanbag chairs. While Right Passage had me wondering if I had been kidnapped by aliens, The Ark straight up took me on an intergalactic adventure. 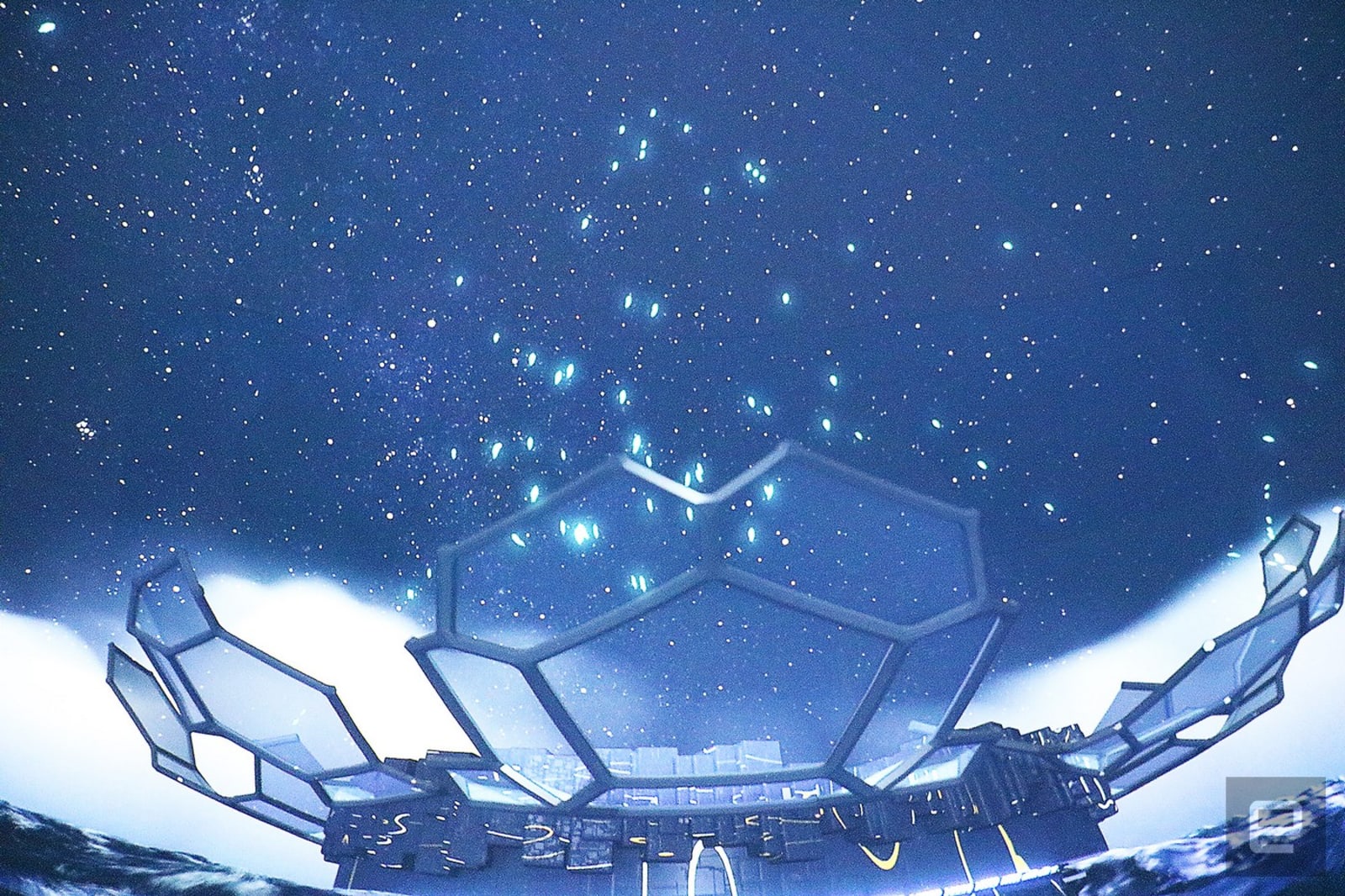 The film is an immersive, almost-360-degree animated ride through some very strange worlds -- basically a trippy acid dream. Some people cheered, some whooped, and many gasped as we "fell" into a chasm that turned into a tube entering a spaceship. I was amused when I noticed some folks make beelines for the best seats in the house (in the middle of the room). It's as if they knew what to expect, perhaps from attending a previous HP-hosted screening.

I was most surprised by the immense number of people lining up for one of HP's demos -- the "bandana inking station." There, attendees could design and print their own free bandanas using one of HP's recently launched laptops. This shows just how well HP understands what people at these events want -- air-conditioning, picture-perfect staging and free swag.

HP did two things right at the event this year. It gave people mementos -- whether it was a free bandana or a cool selfie video -- that they could share or take home from the festival. It also offered engaging experiences that managed to avoid coming off as aggressive PR stunts. Of course, the entire tents were covered in HP logos, but once you're immersed in the actual art, the advertising melts away. It's a shrewd move that puts the company ahead of its relatively old-fashioned competitors for now. HP could have simply thrown money at the festival's organizers in exchange for a "Sponsored by" logo on the event's website and banners, but it participated in a more meaningful way. Doing so may not generate immediate returns for HP, but if it continues to work on its image with the creative crowd, it may see immense benefits in future.

All products recommended by Engadget are selected by our editorial team, independent of our parent company. Some of our stories include affiliate links. If you buy something through one of these links, we may earn an affiliate commission. All prices are correct at the time of publishing.
View All Comments
HP brought a trippy tech museum to a music fest