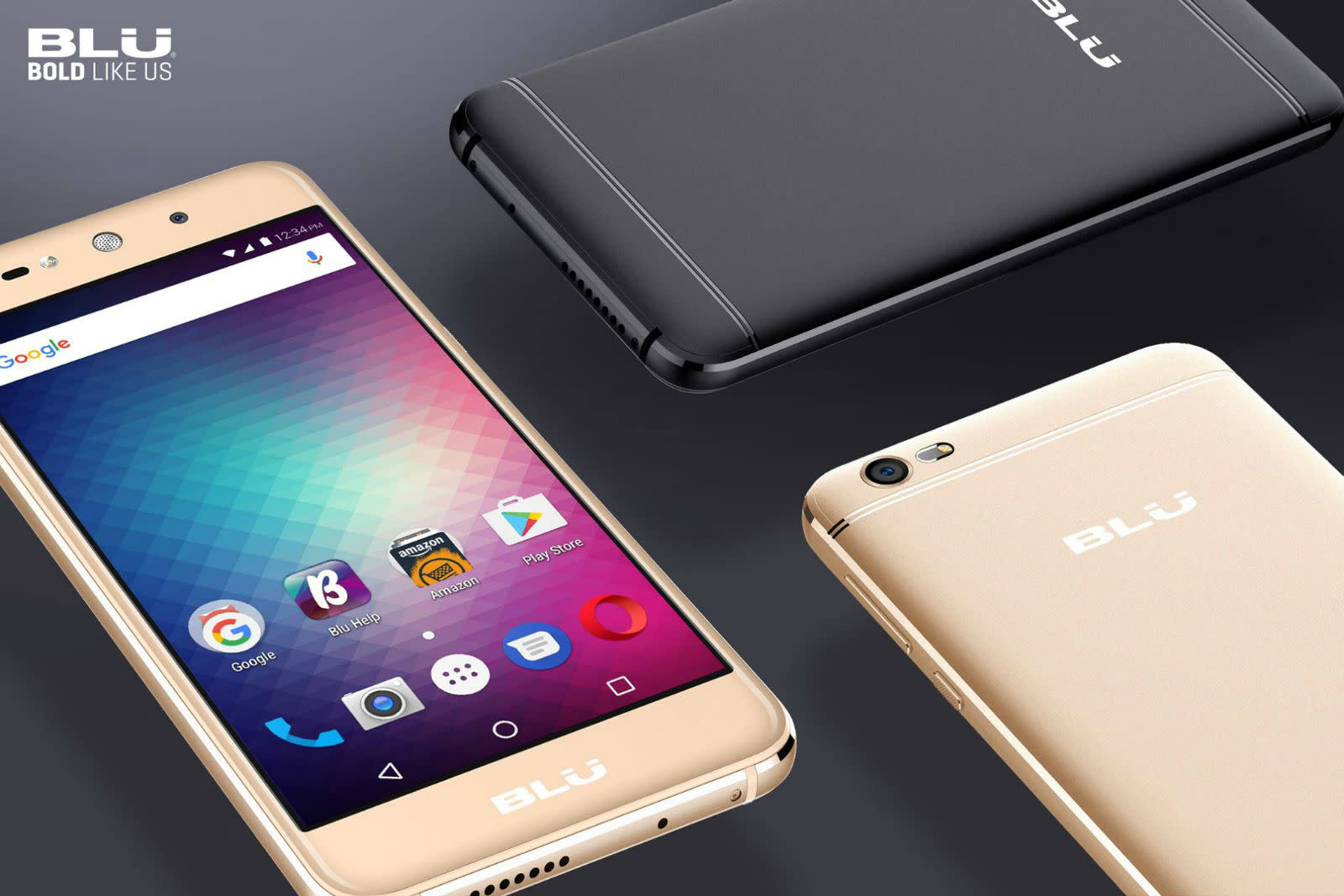 Privacy has proven a stumbling block for the Miami-based seller in the past. Back in November, Blu admitted that a third-party app had been collecting info in the form of text messages, call logs, and contacts on a limited number of devices. At the time, Blu confirmed to Engadget that the Adups software (used for OTA updates) had affected 120,000 phones. It also claimed it was replacing the Chinese tool with Google's OTA and servers for future products.

Blu is refuting the latest allegations. Although its older phones still use the Adups app, it claims they contain "absolutely no spyware or malware or secret software." Blu adds the data currently being collected is "standard for OTA functionality" and "does not affect any user's privacy or security."

In an emailed statement to Engadget, Blu said the following: "Since November 2016...Amazon has been aware of the Adups and other applications on our BLU devices which were deemed...by BLU, Amazon, and Kryptowire to pose no further security or privacy risk."

It continued: "The devices are still behaving in the same exact way...There has been absolutely no new behavior or change in any of our devices to trigger any concern. We expect Amazon to understand this, and quickly reinstate our devices for sale." We reached out to Amazon for comment, but did not immediately receive a response.

Despite serving as an early partner on Amazon's Prime Exclusive Phones program, Blu's handsets are no longer listed on its page. The manufacturer's phones have also been a mainstay on the site's unlocked cell phones best sellers chart.

In this article: adups, amazon, AmazonPrime, Blu, BluProducts, business, gear, mobile, smartphone, spyware
All products recommended by Engadget are selected by our editorial team, independent of our parent company. Some of our stories include affiliate links. If you buy something through one of these links, we may earn an affiliate commission.