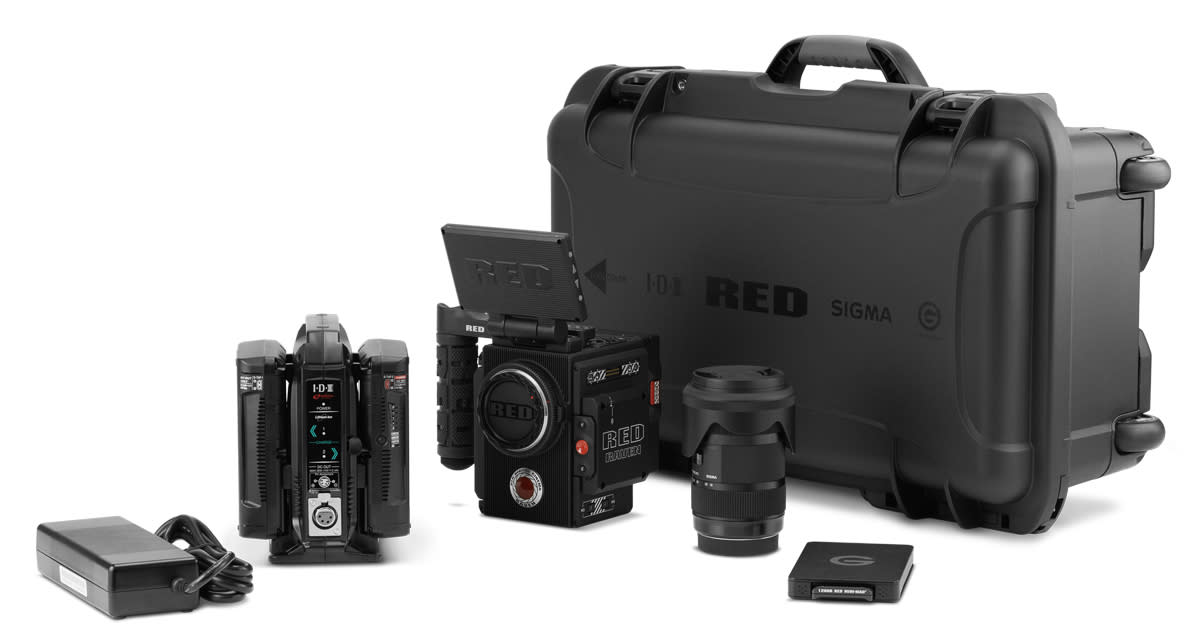 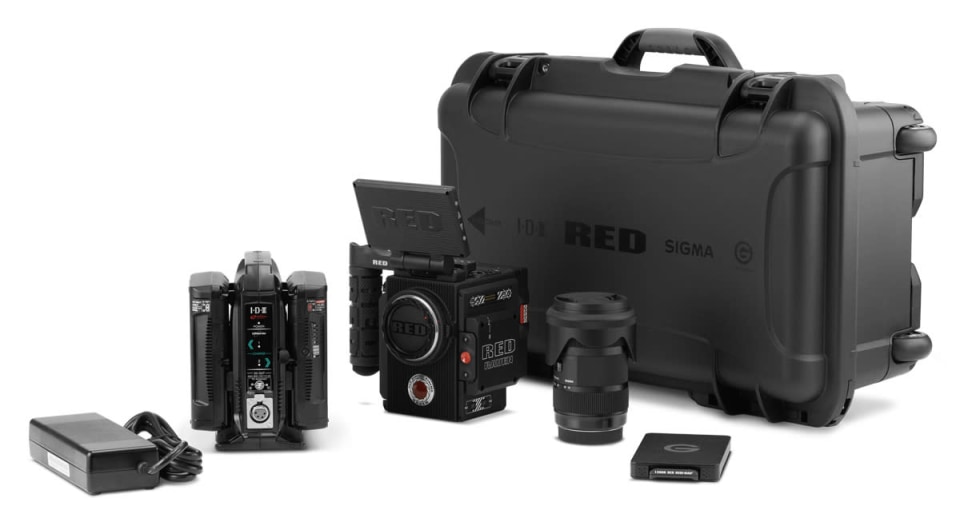 RED, known for high-end cinema cameras used by James Cameron, Peter Jackson and others, has just formed a very unusual retail partnership. It's now offering the 4.5K, 120 fps RED Raven camera exclusively at Apple.com for a mere $15,000. That makes it far and away Apple's priciest third-party accessory, and the priciest product, period, on Apple.com, as far as I can tell -- and it's not exactly a thrift shop in the first place.

The Raven debuted at $6,000, but that only gets you the 4.5K "brain." That contains a Red Dragon sensor sized between micro four thirds and APS-C (4,608 x 2,160 or 9.9-megapixels). As with other RED models, it can capture pristine RAW video via the compressed Redcode format.

With the Apple kit, however, there's also a 4.7-inch touch LCD monitor, two 120GB SSD "Mini-Mags" and a reader, a pair of batteries and a charger, the stellar Sigma 13-35 mm F1.8 "Art" lens, Nanuk heavy-duty case, an outrigger handle, and a V-Lock data expander. You'll also get a copy of Apple's Final Cut Pro X, the foolcontrol iOS app for Raven and the RED Apple Workflow Software.

If you want to try one before plopping down $15K, the Raven is on demo at select Apple Stores, but to buy it, you'll need to go to Apple.com. Provided you have the credit card limit, expect a very surprised call from your card provider.

RED stopped selling the Raven some months ago in its own Red.com shop, and is now referring buyers to Apple -- something Apple may have required before agreeing to stock it. While the price seems outrageous, it does include everything the average shooter needs.

This is not RED's first foray into the consumer world. The company recently unveiled "Hydrogen," a $1,200 smartphone with a so-called holographic display and a "modular system that adds image quality well beyond any other camera short of our professional cameras," CEO Jim Jannard wrote recently. It's still not clear how the "4D display" works, but Brad Pitt and David Fincher look impressed enough.

In this article: 4.5K, Apple.com, AppleStore, cameras, FinalCutProX, gear, Raven, RAW, RED, video
All products recommended by Engadget are selected by our editorial team, independent of our parent company. Some of our stories include affiliate links. If you buy something through one of these links, we may earn an affiliate commission.