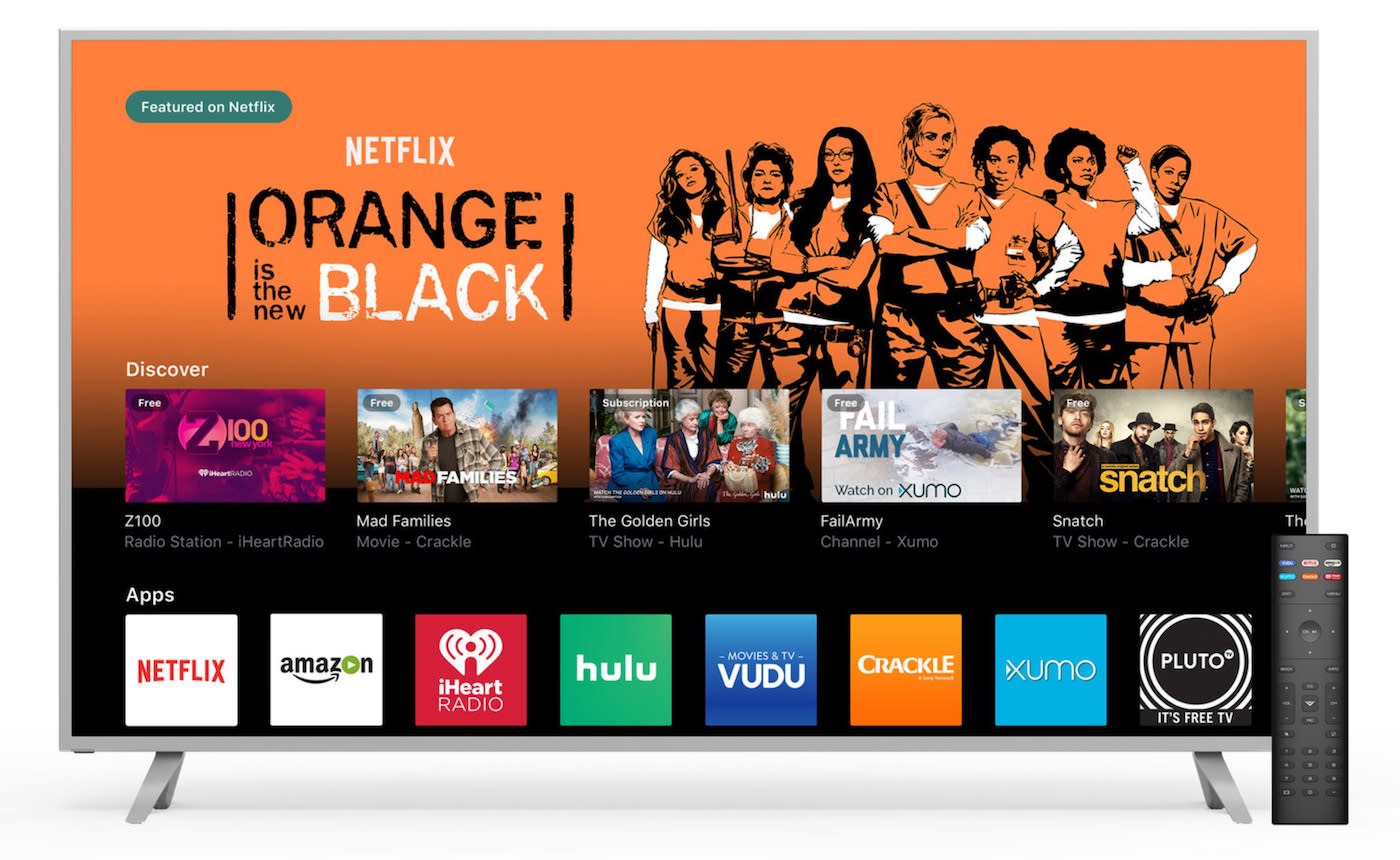 One of the more unique features of Vizio's smart TV lineup is that some models use an Android tablet to cast streaming services to the displays. That's rather than having apps baked directly into the TVs themselves. The TV manufacturer is rolling out an update for its 2017 models that adds apps directly to the displays themselves -- no casting necessary.

In addition to the software update, you might want some new hardware as well to take advantage of it. Specifically, a new remote that offers easy access the streaming services. "Some owners who previously purchased eligible displays may need the new Vizio SmartCast remote, which features the V-button to provide one-button access to the SmartCast TV user interface, along with shortcut keys to top apps," the company said in a statement. Or, you can use Vizio's SmartCast Android and iOS app.

Vizio said that you can get one of the wands free, or "for a nominal fee." To check which camp you fall into, your best bet is inputting your TV's serial number into this website and rolling the dice. If you don't have that handy, Vizio has more information regarding specific models on its website.

Once your 2017 M-series or P-series display has the patch, you'll find a home screen with options for Amazon Video, Hulu, Netflix and others. It sounds a little like Roku's interface. Later this summer, Vizio said that the budget-line E series will get the update as well.

In this article: 2017, 4k, android, av, cast, chromecast, eseries, gadgetry, gadgets, gear, patch, pseriesmseries, uhd, update, vizio
All products recommended by Engadget are selected by our editorial team, independent of our parent company. Some of our stories include affiliate links. If you buy something through one of these links, we may earn an affiliate commission.