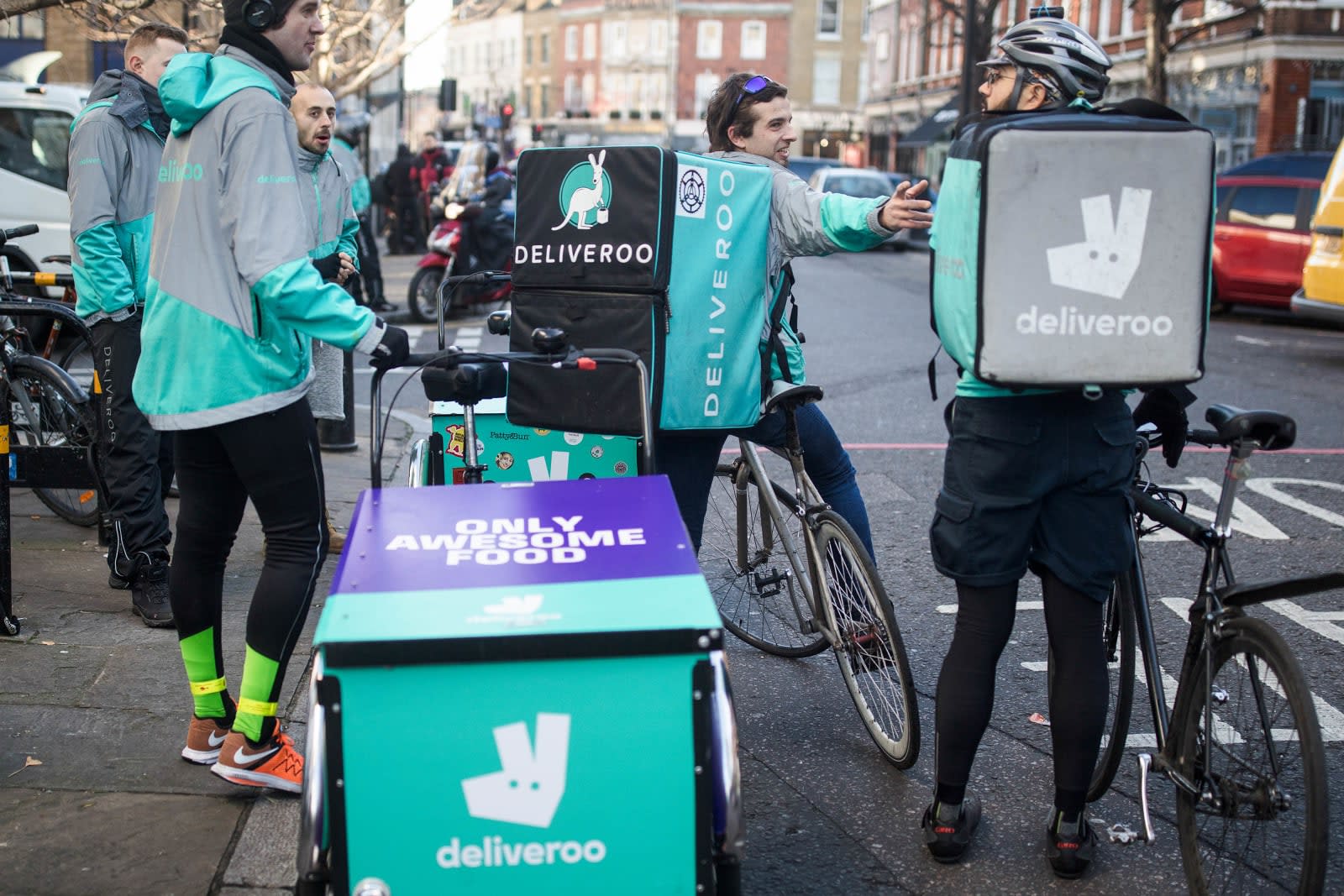 Following the sharp rise of acid attacks, especially in inner city areas, food delivery service Deliveroo has introduced new measures aimed at keeping its riders safe as they navigate the streets. The startup announced today that it's hired 50 new staff members to oversee rider welfare, who will be serve as physical points of contact in each of Deliveroo's main markets.

Technology will also play a part, with new apps features allowing riders to alert the company to problem areas and GoPro cameras capturing footage of potential attacks. Deliveroo says that in the past three weeks alone, 71 delivery workers have removed themselves from a delivery over fears for their safety. As well as liaising with police and other local authorities, the company's new hires will also help reassign riders to new areas.

Last month, two food delivery riders -- one from UberEats and one from Deliveroo -- were among five people injured in the space of 90 minutes during an attack in North London. They were targeted by moped riders who threw acid in their faces and attempted to steal their vehicles.

Currently, Deliveroo classes riders as self-employed, rather than employees. However, MPs have urged the UK government to close these so-called 'gig economy' loopholes and have them official classed as "workers."

Contractors aren't entitled to holiday and sick pay, but Deliveroo Managing Director Dan Warne says the company "will do everything we can to protect our riders," which will involve maintaining close ties with the police and local emergency services, as well as regular safety training.

The first such event will be held in conjunction with Hackney Council on August 3rd, with additional sessions being added over time.

In this article: acid, attacks, deliveroo, delivery, gear, gigeconomy, internet, mobile, violence
All products recommended by Engadget are selected by our editorial team, independent of our parent company. Some of our stories include affiliate links. If you buy something through one of these links, we may earn an affiliate commission.