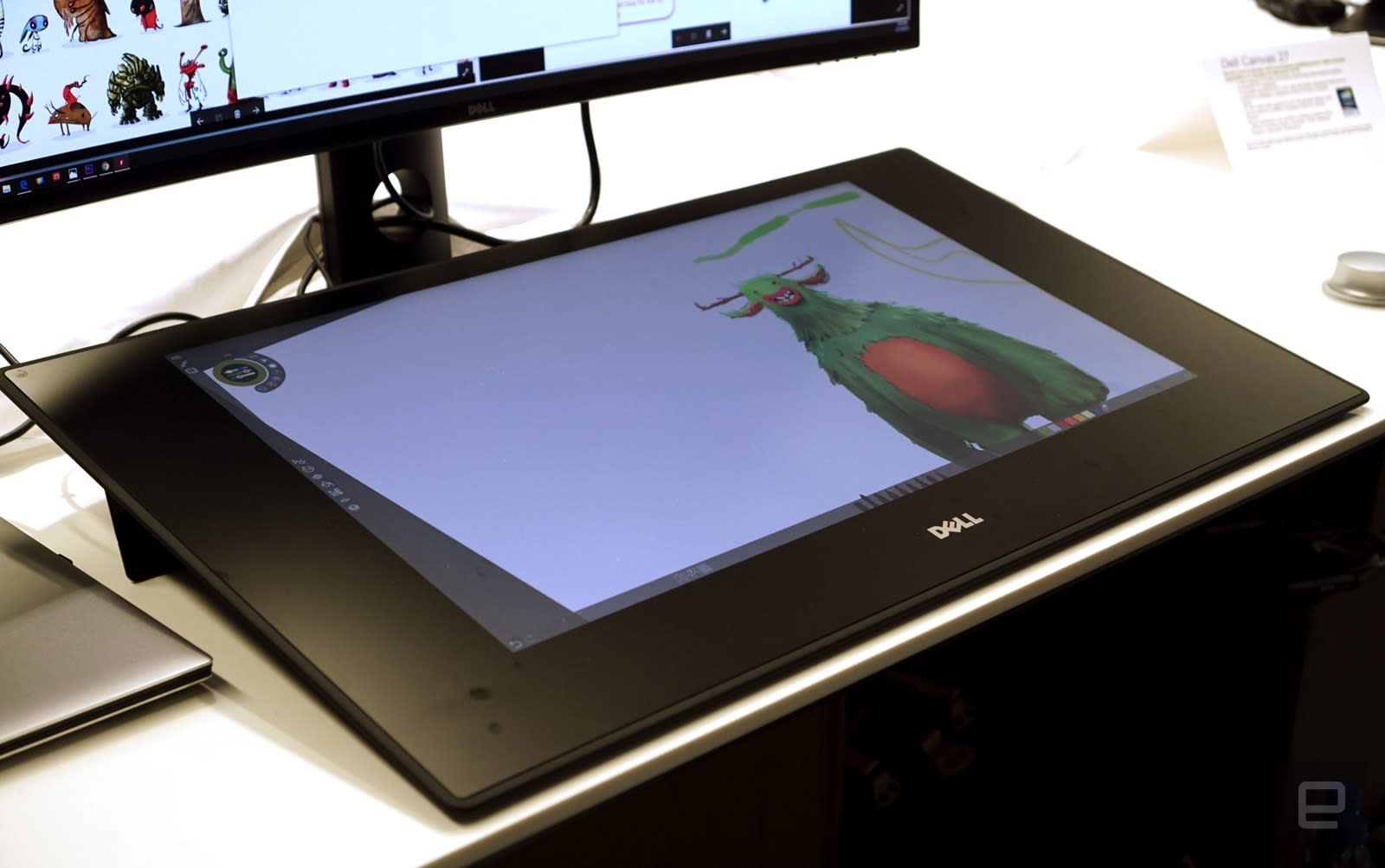 If you're looking for a giant digital drawing display, but don't have the money to spend on Microsoft's lovely but expensive Surface Studio, Dell is ready to take your cash. The Dell Canvas, a massive, touch-sensitive 27-inch display, is now on sale. Of course, it's not exactly cheap: the Canvas will set you back $1,799. That's less than the $2,000 we heard back at CES in January, but it's still a major investment.

Unlike the Surface Studio, the Dell Canvas doesn't even come with a computer attached -- it is simply a display with a quad-HD (2,560 x 1,440) resolution that lays horizontally on your desk. It's got some big bezels, but Dell says that's intentional. They received feedback from artists who said they preferred big bezels to rest their palms on while drawing. The Canvas also comes with a digital pen as well as the "totem," a circular dial meant to be placed on the screen that was clearly inspired by Microsoft's own Surface Dial. So while the Canvas doesn't have the same extreme screen resolution as the Surface Studio and also doesn't include the PC you'll need to run it, it's worth noting that it's a full $1,200 less than the Studio. If you already have a PC that works for you, this could be a solid way for artists to get an immersive digital drawing tool on their desk.

In this article: canvas, dell, dellcanvas, digitaldrawing, gear, personal computing, personalcomputing, surfacestudio
All products recommended by Engadget are selected by our editorial team, independent of our parent company. Some of our stories include affiliate links. If you buy something through one of these links, we may earn an affiliate commission.