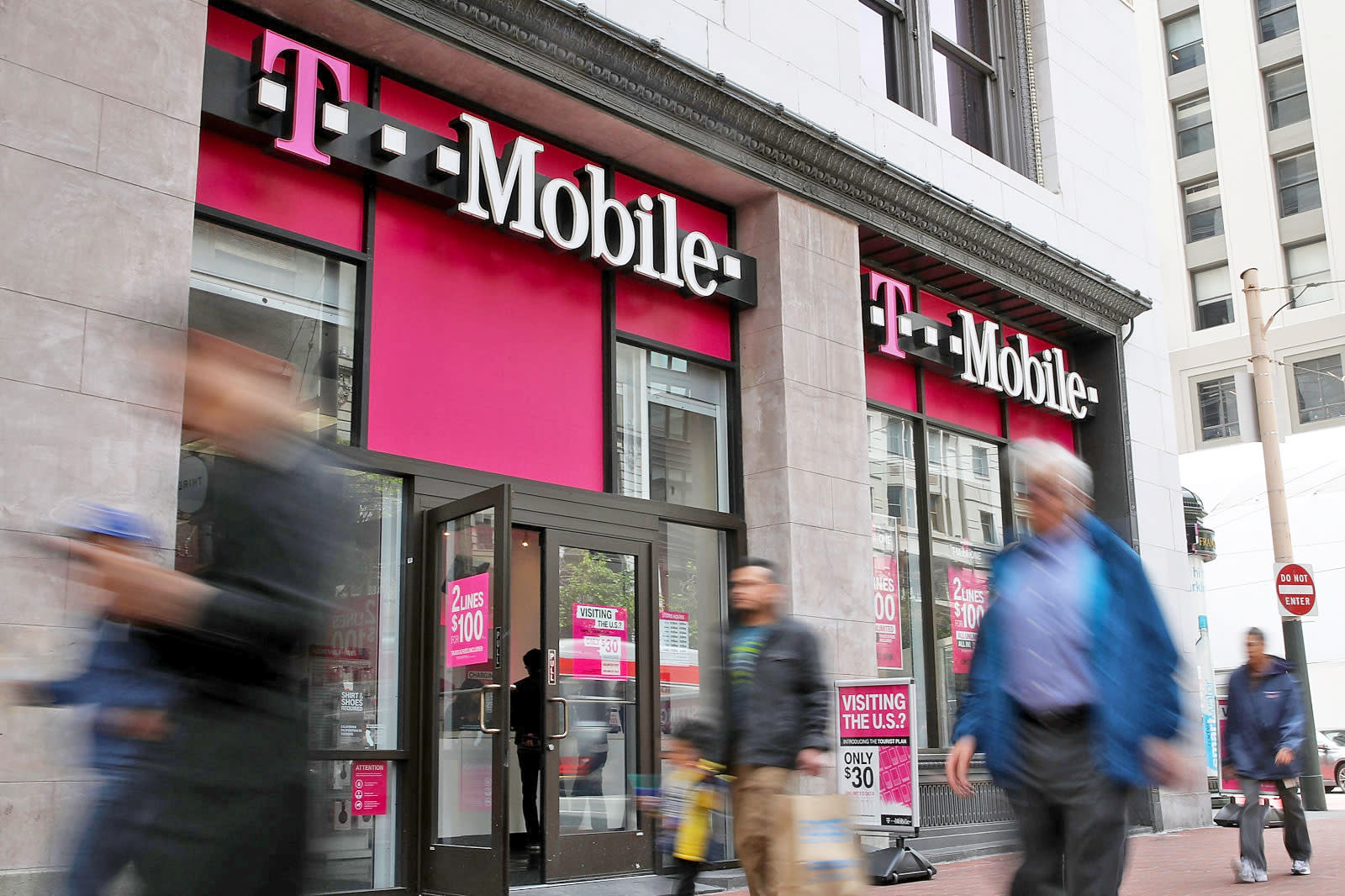 You can't really sugarcoat it: senior citizens get a raw deal when it comes to cellphones. Carriers tend to either assume that you don't use data (and want a basic cellphone) or else give you a modest discount at best. T-Mobile thinks it can do better: it's launching a One Unlimited 55+ plan on August 9th that, for the most part, acknowledges that many seniors use smartphones as enthusiastically as the younger crowd. The offer gives you two lines with unlimited data, talk and texting for $60 per month, or $50 for one line. There are a few gotchas, but it still amounts to a huge deal for empty-nesters who want to post their vacation shots on Instagram.

The plan offers many of the perks that everyone else gets, including unlimited text and basic data when traveling (plus full service in Canada and Mexico), freebies on Tuesdays, Digits phone number syncing and some free use of your phone on Gogo's in-flight wireless access. The catches? You need to set up automatic payments to get those rates (it's $5 more per line otherwise), and you won't get Kickback, Insider Hookup or a handful of other discounts. There's also no mention of video streaming at higher quality than 480p or tethering beyond 3G speeds, although we've asked the carrier if customers can upgrade to higher video quality and faster hotspot connections.

This isn't necessarily the best option if you don't make heavy use of your phone (Google's Project Fi could cost as much or less with modest use, for example). However, it might just beat the alternatives. AT&T and Verizon will both give you a 65-plus plan at $30 for one line, but that doesn't include data. Verizon asks at least $30 to add a reasonable amount of data, at which point you might as well pay for regular service. You can get discounts on some carriers if you're an AARP member (AT&T's is 10 percent), but you might still end up paying more. In short: so long as you actually intend to take advantage of all that data and airtime, T-Mobile might have the edge.

It's not surprising why T-Mobile would cut a deal like this, at least. Cellphone use is near a saturation point in the US, with few new customers -- by courting a relatively untapped market, T-Mobile might continue growing at the expense of rivals who only make minimal efforts to accommodate older users.

In this article: carrier, gear, mobile, plans, seniors, t-mobile, t-mobileone, t-mobileoneunlimited55plus, unlimited55plus, wireless
All products recommended by Engadget are selected by our editorial team, independent of our parent company. Some of our stories include affiliate links. If you buy something through one of these links, we may earn an affiliate commission.