Apple updates the $329 iPad with an A12 Bionic chip 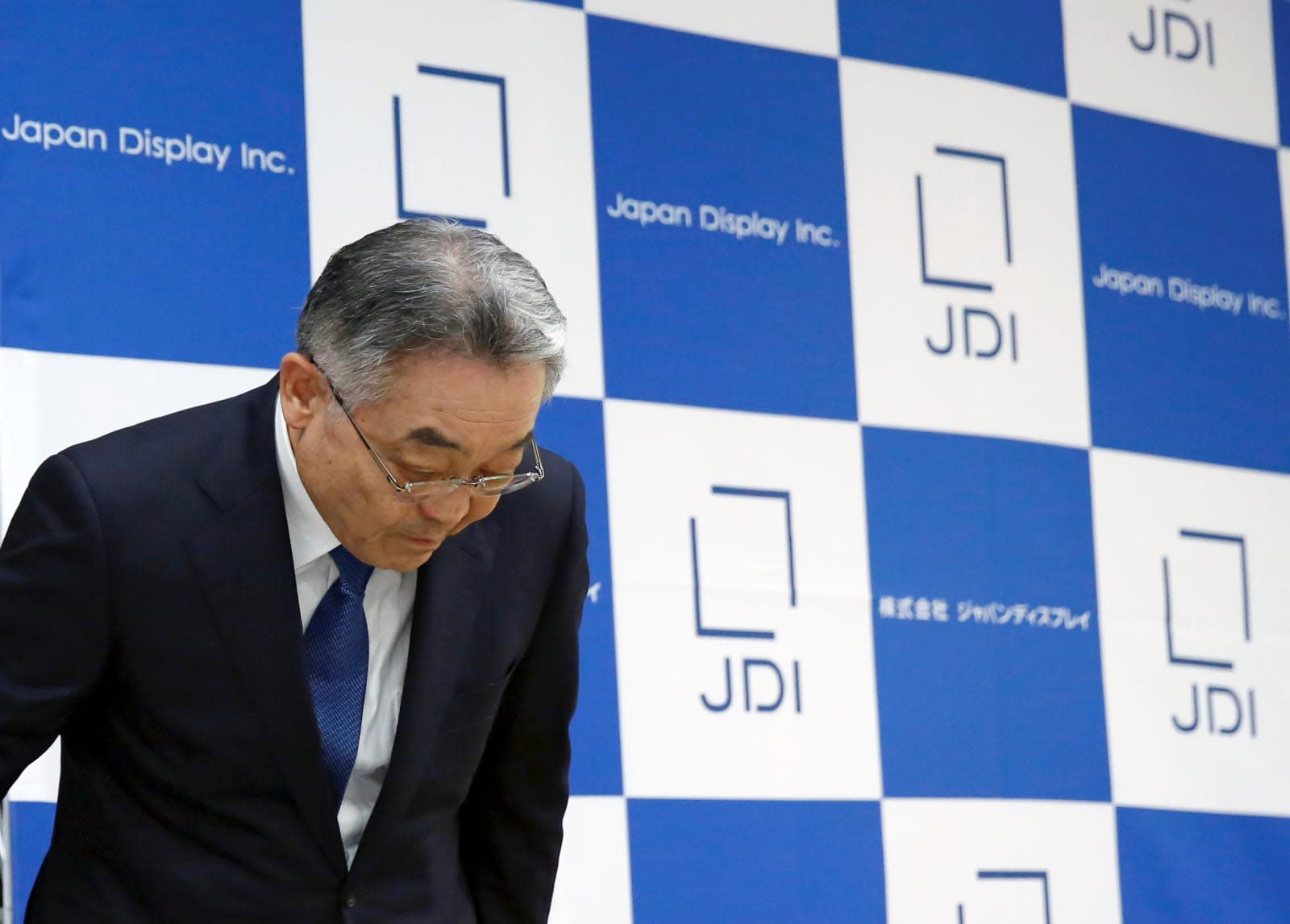 Japan Display's reluctance to embrace OLED manufacturing has cost it dearly. The firm took a net loss of ¥31.5 billion ($287,185,500) from April to June. "We have decided to make a strategic change as we would have no future in the smartphone business without OLED," CEO Nobuhiro Higasgiiriki (above) said. The iPhone screen supplier has shed 30 percent of its employees (3,700 people according to Phys.org) and is reorganizing for what it says is the last time.

"We find ourselves in a very regrettable situation," Higasgiiriki said. "Our biggest task is to build a management system that generates profits by keeping in mind that this is our last chance to restructure." Its current OLED prototype won't go into full production until 2019 -- a year later than previous estimates.

According to Reuters' sources, the display supergroup was hoping to raise 100 billion yen ($910 million) to pay for the restructuring. The company started in 2012 as a joint venture between Hitachi, Sony and Toshiba, with a focus on making small to mid-sized LCD screens.

Japan's Innovation Network Corp helped fund the venture back then, and could come to its rescue once again with a ¥75 billion ($683,147,250) investment, Reuters reports. That should cover the restructuring costs. But, if the rumors are true, Apple needs OLED screens now, not in two year's time.

Update: The post originally stated that JDI was hoping to raise 100 million yen ($910,000). The correct figure is 100 billion yen, or $910 million. The post has been updated with the change.

In this article: apple, business, japandisplay, japandisplayinc, mobile, NobuhiroHigasgiiriki, oled, restructuring
All products recommended by Engadget are selected by our editorial team, independent of our parent company. Some of our stories include affiliate links. If you buy something through one of these links, we may earn an affiliate commission.