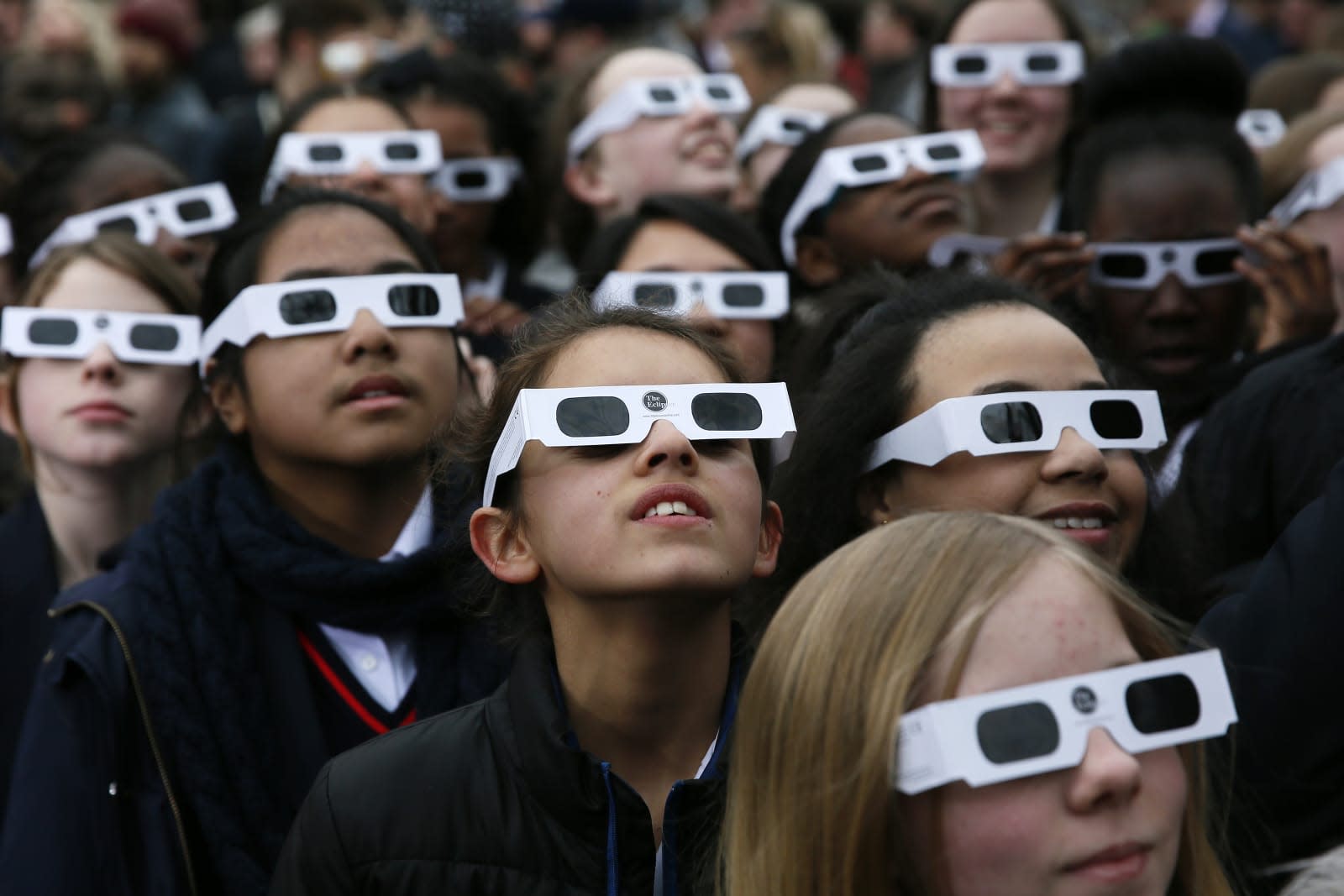 The total solar eclipse is just a week away in the US, and unless you've been hiding under a rock, you know that this is an experience you simply cannot miss. But if you don't live in the eclipse path and can't travel for it (or waited until too late to make your plans), there a few options for livestreaming the event. Today, CNN revealed its plans for the eclipse: a 360-degree live stream from multiple locations along the eclipse's path.

The event will start at 1 PM ET on next Monday, August 21st, and features a live show called "CNN's Eclipse of the Century" starring astronaut Mark Kelly, along with CNN's Space and Science correspondent Rachel Crane. The really interesting part of this announcement, though, is the breadth of the broadcast. It will use multiple 4K, 360-degree cameras placed along the eclipse's path, from Oregon to South Carolina, allowing viewers to see multiple eclipse events virtually.

Viewers all around the world will be able to tune into this 4K event at CNN.com/eclipse and CNN's mobile apps. Additionally, the livestream will be available in VR with Samsung Gear VR powered by Oculus and Oculus Rift via Oculus Video. Finally, the entire thing will be streamed on CNN's Facebook page thanks to Facebook Live 360.

In this article: cnn, eclipse, livestream, OculusRift, space, vr
All products recommended by Engadget are selected by our editorial team, independent of our parent company. Some of our stories include affiliate links. If you buy something through one of these links, we may earn an affiliate commission.