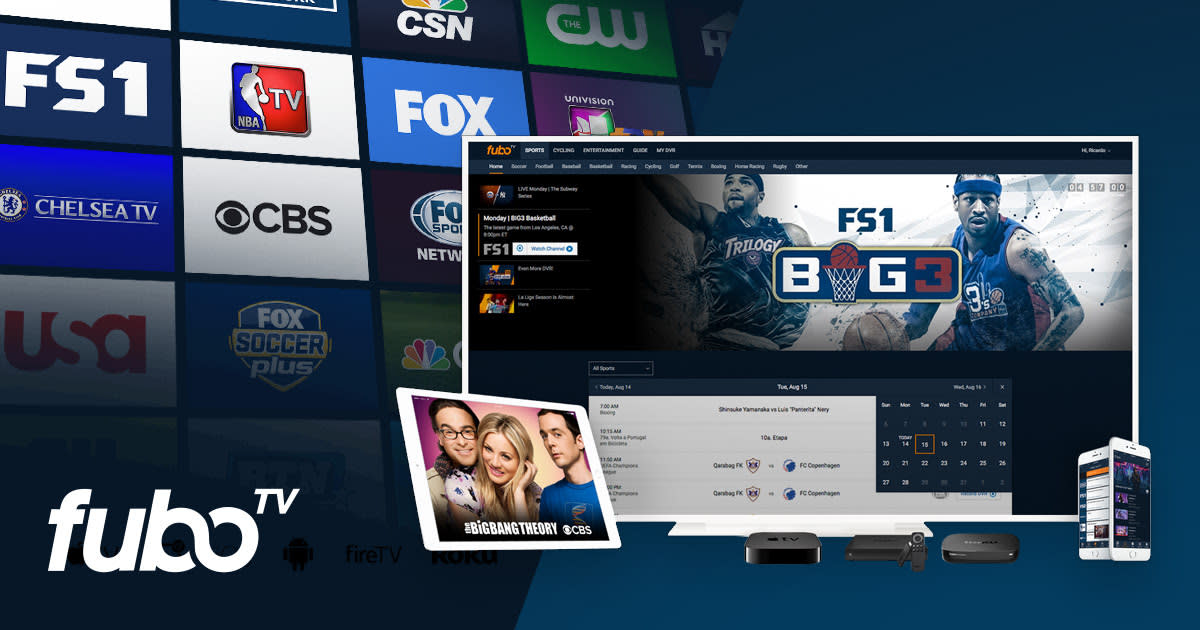 Folks generally cut the cable cord to save money, but fragmentation means you might have to subscribe to more than one service. Case in point is fuboTV, which focused on international soccer (football, for our international readers), but not much else, when it launched a $10 monthly service in 2015. To attract a broader audience, it later introduced a $35 Premier bundle with more regular TV channels. As part of that, fuboTV has now gone live with CBS, making it a viable rival to services like DirecTV and Sling TV.

You'll be able to watch your local-market CBS stations, with shows like NCIS, 60 Minutes and The Big Bang Theory. You'll also get the CBS Sports Network (in markets with local CBS stations), Pop, and CBSN. Subscribers have video-on-demand access to CBS shows nationwide, and can log into the CBS app using fuboTV authentication.

fuboTV has already inked deals with Fox and NBCUniversal, so the addition of CBS puts fuboTV more directly into competition with Sling TV, which starts at $20 per month, and AT&T's DirecTV, for $35 and up. While it may have fewer live TV channels on those services, it could be a better option for sports, and particularly soccer, fans -- both in the US and Latin America. The fubo Premier service is available for $35 for a limited time.

In this article: av, CBS, cord-cutting, entertainment, fuboTV, LiveTV, LocalStations, OTT, Pop, Streaming
All products recommended by Engadget are selected by our editorial team, independent of our parent company. Some of our stories include affiliate links. If you buy something through one of these links, we may earn an affiliate commission.