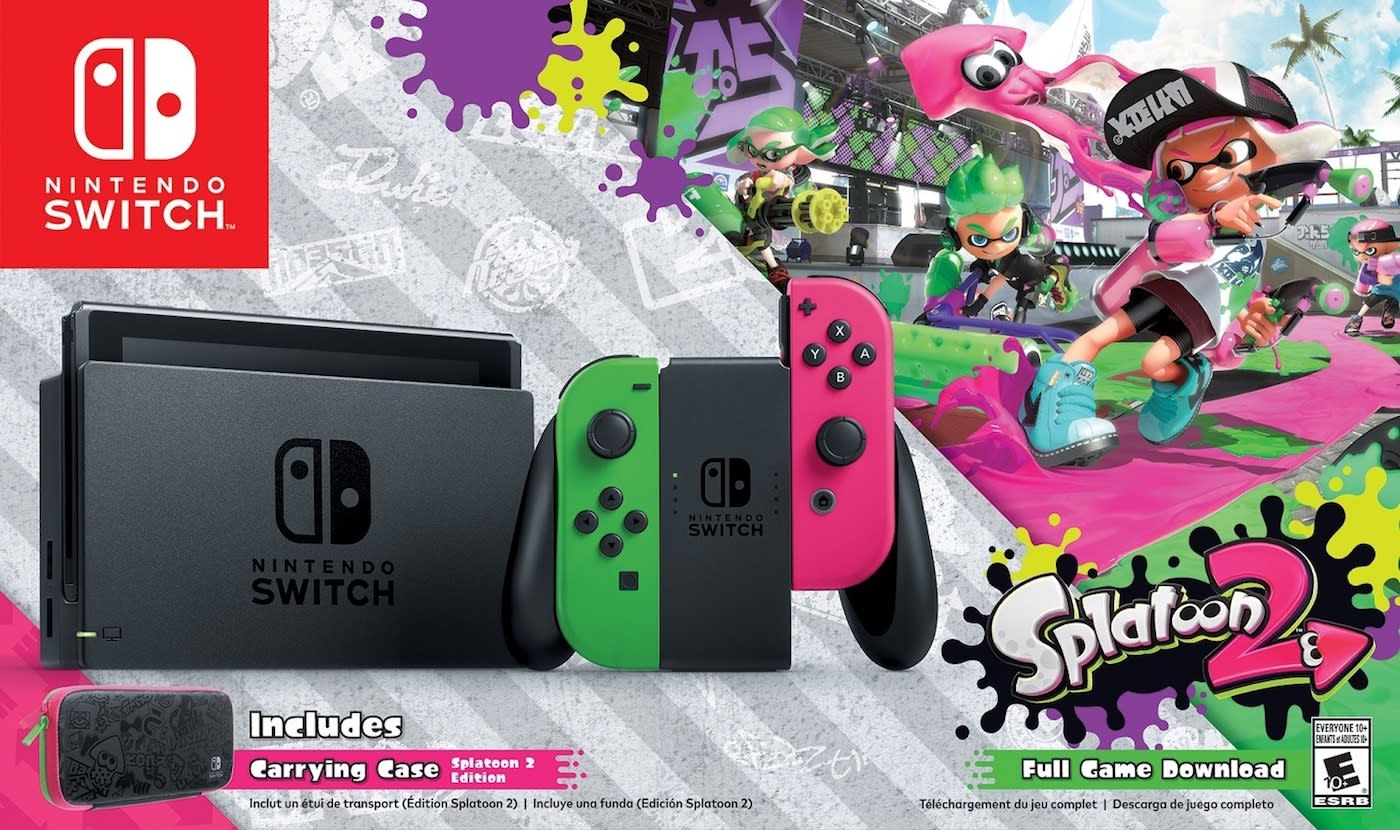 In case you've been holding off on picking up a Nintendo Switch until it had a pack-in game, you're in luck. Nintendo has announced that it's releasing a special Splatoon 2 version of the console replete with neon green and pink Joy-Cons, a carrying case and a download code for the seafood-starring shooter. If there's a downside, it's that the bundle will only be available from Walmart. Assuming that doesn't deter you, it'll cost $379.99 starting September 8th. So, for an extra $80, you'll get a much-needed carrying case and a solid game -- it's a veritable circus of value.

In this article: av, bundle, gaming, nintendo, nintendoswitch, splatoon, splatoon2, walmart
All products recommended by Engadget are selected by our editorial team, independent of our parent company. Some of our stories include affiliate links. If you buy something through one of these links, we may earn an affiliate commission.