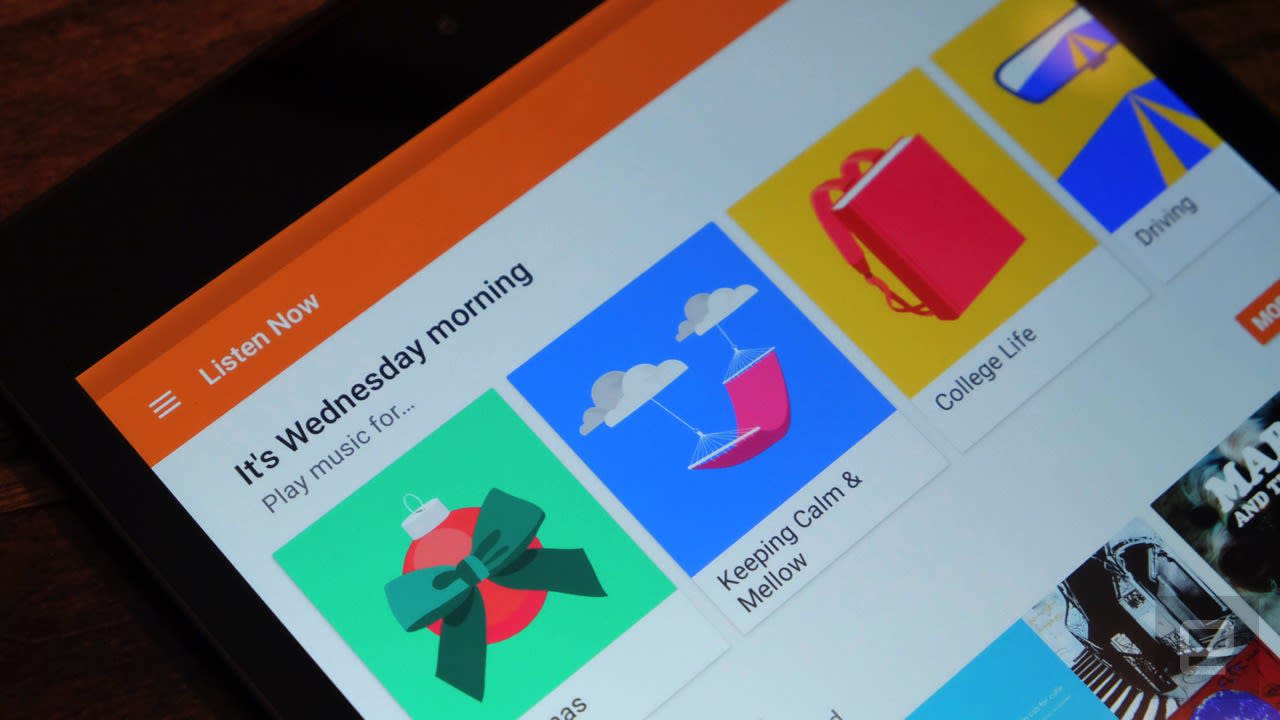 Google and Deezer don't want to be known as home for the hateful, racist music that Spotify started deleting earlier this week -- so both companies have pledged to follow in its footsteps. Spotify began removing racist content after Digital Music News published the names of 37 white supremacy bands you can find on the platform. Most of them are included in Southern Poverty Law Center's list of racist acts you can find on streaming services and digital stores.

Spotify-competitor Deezer told the publication that it's now also in the midst of "swiftly and actively reviewing" the songs and on its platform has begun removing "any material that is in any way connected to any white supremacist movement or belief system."

Google, one the other hand, isn't actively seeking them out. Still, it told Variety that it will remove any YouTube and Play Music offering that violates its policies against hate speech and incitement to commit violent acts. It will only take action if users report them, though, which could be a problem, since it's hard to report anything on Google Play Music. You'll have to file a form within the "help & feedback" menu -- there's just no intuitive way to do so.

Other streaming services and stores like Amazon Music haven't revealed whether they also plan to follow suit. Even if they don't, they might get fewer and fewer new racist tracks going forward: CD Baby, one of the music distributors where the likes of Amazon, Google and Spotify get their content, has also sworn to delete racist tracks its own users flag. CEO Tracy Maddux also said that the company has the right to refuse submissions from artists if they promote hatred and violence against specific groups of people.

"We believe hate speech is particularly odious, and we try not to carry it, per our hate speech policy. CD Baby does not intentionally distribute content that promotes violence against persons of a specific race, color, religion, nationality, gender identity, or sexual orientation, and we reserve the right to refuse submissions of this nature, or to cancel submissions that fall into this category at any time.

We carry over 8 million songs that hundreds of thousands of artists self-distribute on the CD Baby platform, and it is impossible to screen every song for objectionable content. Our practice has been to encourage our community to let us know if there is content available on our site that violates these guidelines. Reports of hate-promoting music are taken very seriously and we are making every effort to flag and vet tracks of concern. In the event we find content in violation of these guidelines, we will take it down."

Music streaming platforms aren't the only entities taking action against white supremacists after the tragic events in Charlottesville. Twitter suspended the account used to promote updates posted by the neo-Nazi website Daily Stormer, but only after GoDaddy dropped the domain and Google refused to host it -- actions the EFF criticized, because it's worried that the same tactic could be used against other groups of people, including ones whose opinions you agree with.

Comments to this article have been removed due to the many, many violations of our Comment Guidelines. Name-calling, insults and threatening other commenters is not permitted and will not be allowed in our comments section.

In this article: cdbaby, deezer, entertainment, google, googleplaymusic, internet
All products recommended by Engadget are selected by our editorial team, independent of our parent company. Some of our stories include affiliate links. If you buy something through one of these links, we may earn an affiliate commission.
Share
Tweet
Share