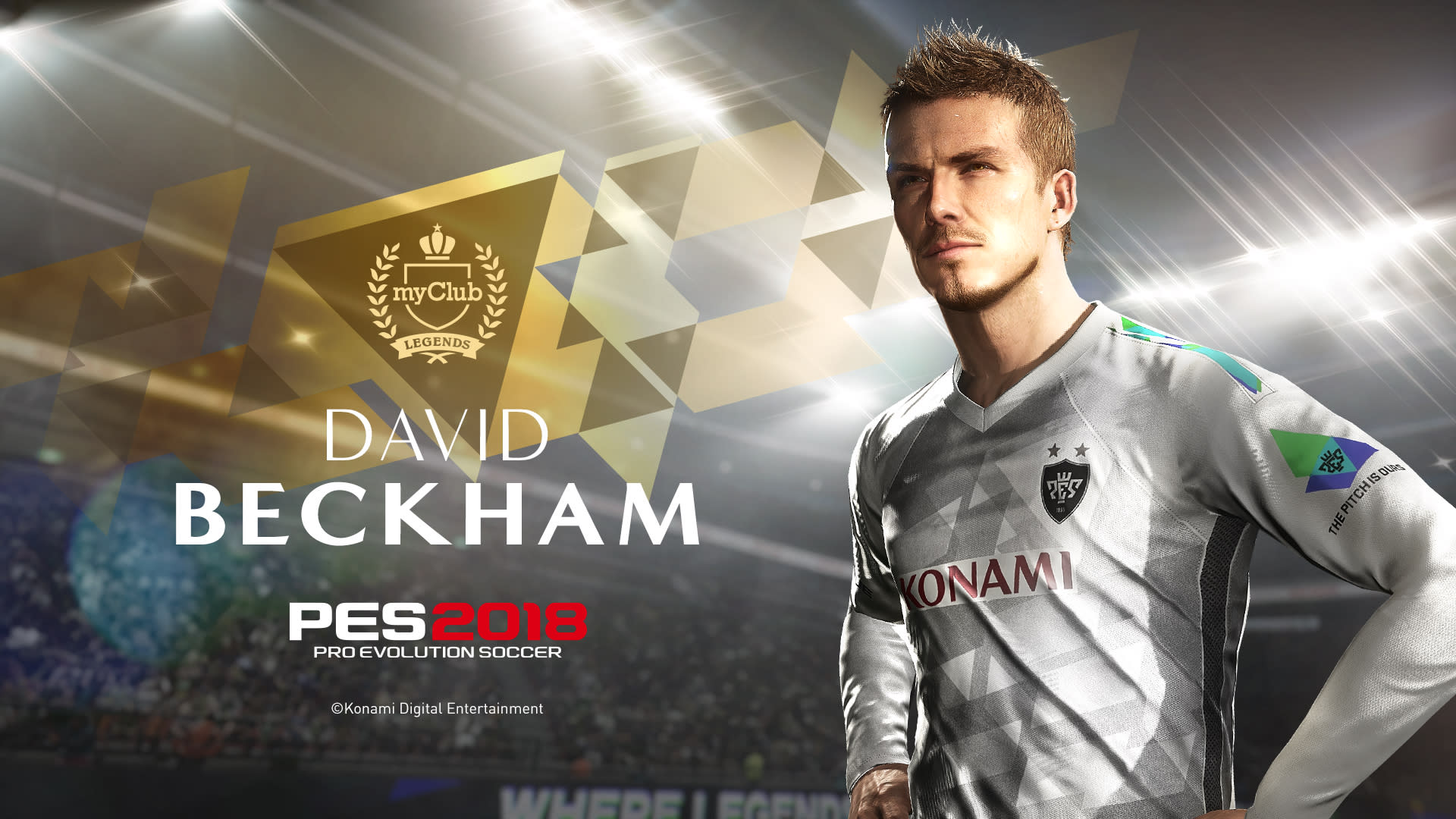 Konami's Pro Evolution Soccer franchise always vies with EA Sports' FIFA series for the year's best football game. To get an edge over its competitor, Konami packed new features into this year's edition -- along with licensing some celebrity athletes to include in your squad. While champion sprinter Usain Bolt was an odd choice to include in the game, the next addition to PES 2018 is a no-brainer: The legendary David Beckham.

Konami signed a deal with the highly-accomplished English footballer, who won 19 major trophies including league titles while playing in England, Spain, France and the United States over his 20-year career. Players can pick Beckham in the myClub mode of PES 2018, which comes out on consoles (including PS3 and Xbox 360) and PC on September 12th.

In this article: av, DavidBeckham, gaming, konami, pes, ProEvolutionSoccer, ProEvolutionSoccer2018
All products recommended by Engadget are selected by our editorial team, independent of our parent company. Some of our stories include affiliate links. If you buy something through one of these links, we may earn an affiliate commission.