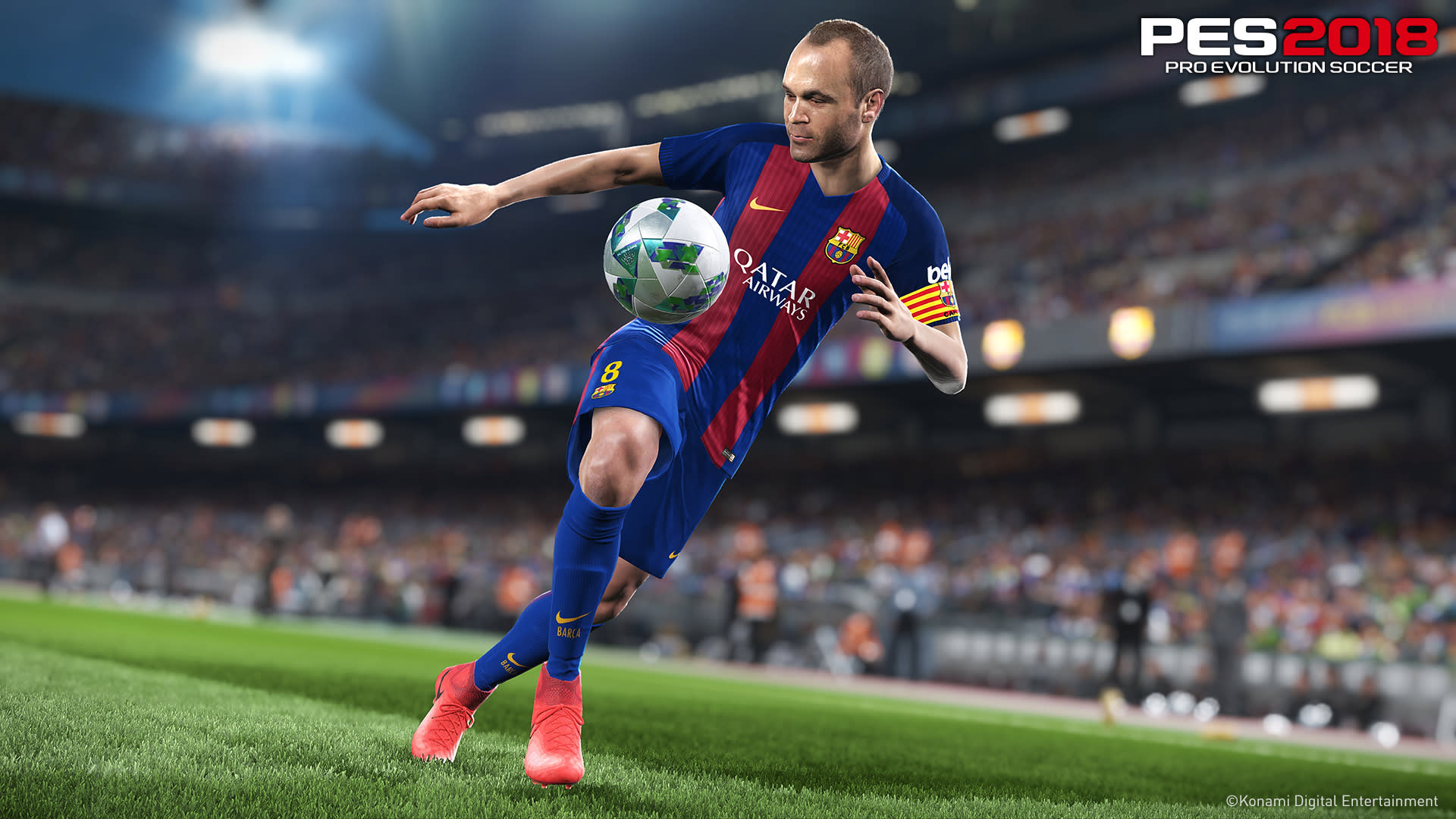 The next edition of Konami's perennial FIFA competitor just got a release date: Pro Evolution Soccer 2018 comes out on September 12th. This year's version adds new online co-op modes and immersive touches alongside a UI overhaul. Best of all it's also coming to PS3 and Xbox 360, which is great news for last-gen holdovers.

The game has integrated PES League across all its online modes, including new co-op dedicated to 2v2 and 3v3 matches with support for local guests, meaning you and your couch buddy can team up with a stranger online to take on another team of three players. Other modes fall under the PES League umbrella, like myClub and the returning Random Selection Match. The team-managing experience Master League gets new immersive scenes like pre-match interviews and locker room moments. Finally, there are subtle gameplay improvements to ball handling and full body contact control, along with other refinements, that we won't see in action until the game's release trailer comes out later this year at E3.

In this article: applenews, av, gaming, konami, ProEvolutionSoccer, ProEvolutionSoccer2018
All products recommended by Engadget are selected by our editorial team, independent of our parent company. Some of our stories include affiliate links. If you buy something through one of these links, we may earn an affiliate commission.