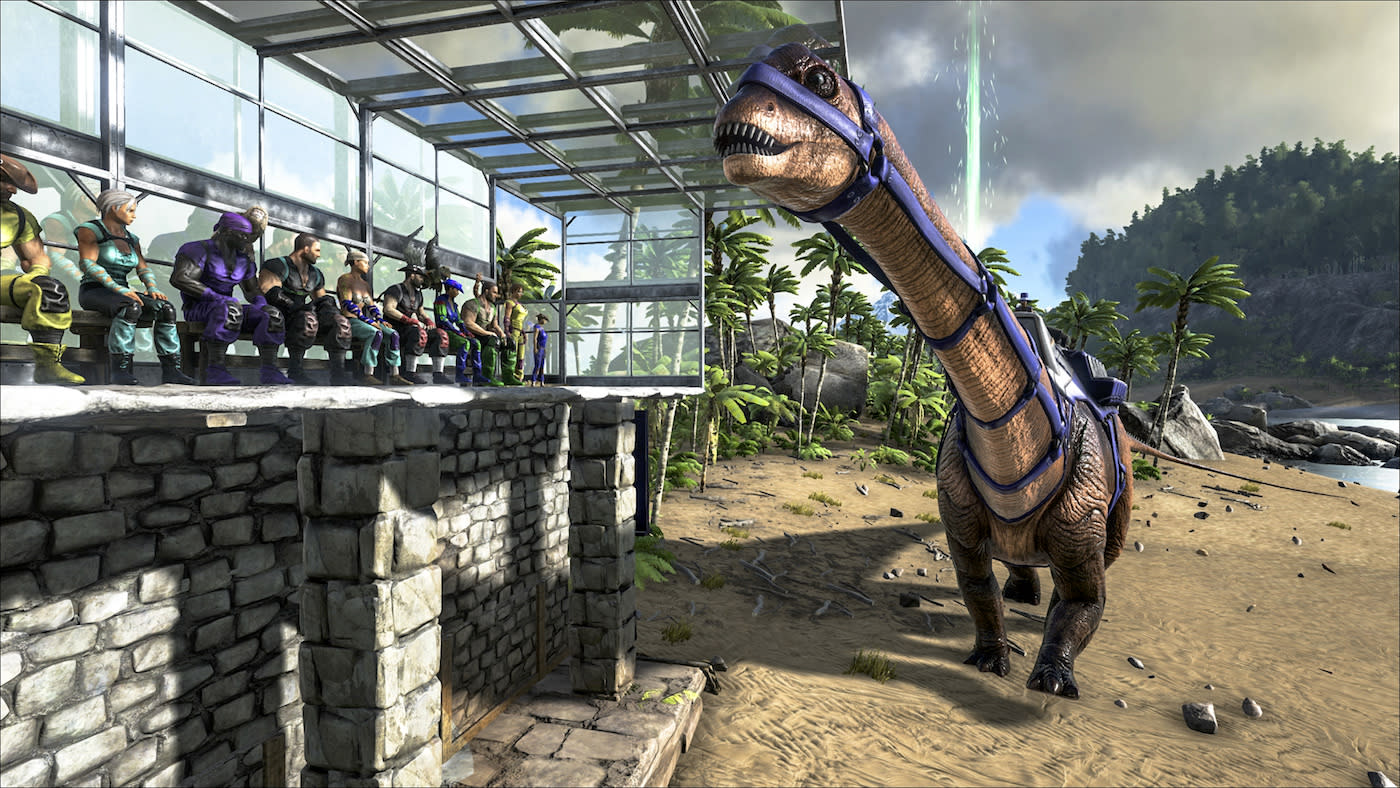 Stop me if you've heard this before: The makers of a huge multi-platform game want to unite their disparate users so everyone can play together, regardless of whether they're playing on PC, PlayStation 4 or Xbox One, and Sony is blocking that. This time, it's Ark: Survival Evolved. Lead designer Jeremy Stieglitz was answering questions on Twitter recently and when someone asked if cross-network play would ever happen, he replied with the following: "We have it working internally, but currently Sony won't allow it."

We have it working internally, but currently Sony won't allow it :(

If you're keeping track at home, this is the third time we've heard that. The first was with Minecraft back in June, then came Rocket League. At E3, Rocket League developer Jeremy Dunham said that someone from his studio had been in contact with Sony every day since the game launched, and the answer about cross-platform play never changed. Psyonix too, has cross-network play up and running in its offices.

"There have been slight variations on how it's been presented to us, but essentially it's the same answer," Dunham told Engadget. "It's 'not right now' or 'It's something we'll consider.' That's paraphrasing, but there hasn't been any movement."

With this news about Ark, it sounds like it's that way for everyone who asks.

In this article: arksurvivalevolved, crossnetworkplay, crossplatformplay, gaming, internet, jeremystieglitz, multiplayer, playstation, playstation4, sony, xbox, xboxone
All products recommended by Engadget are selected by our editorial team, independent of our parent company. Some of our stories include affiliate links. If you buy something through one of these links, we may earn an affiliate commission.