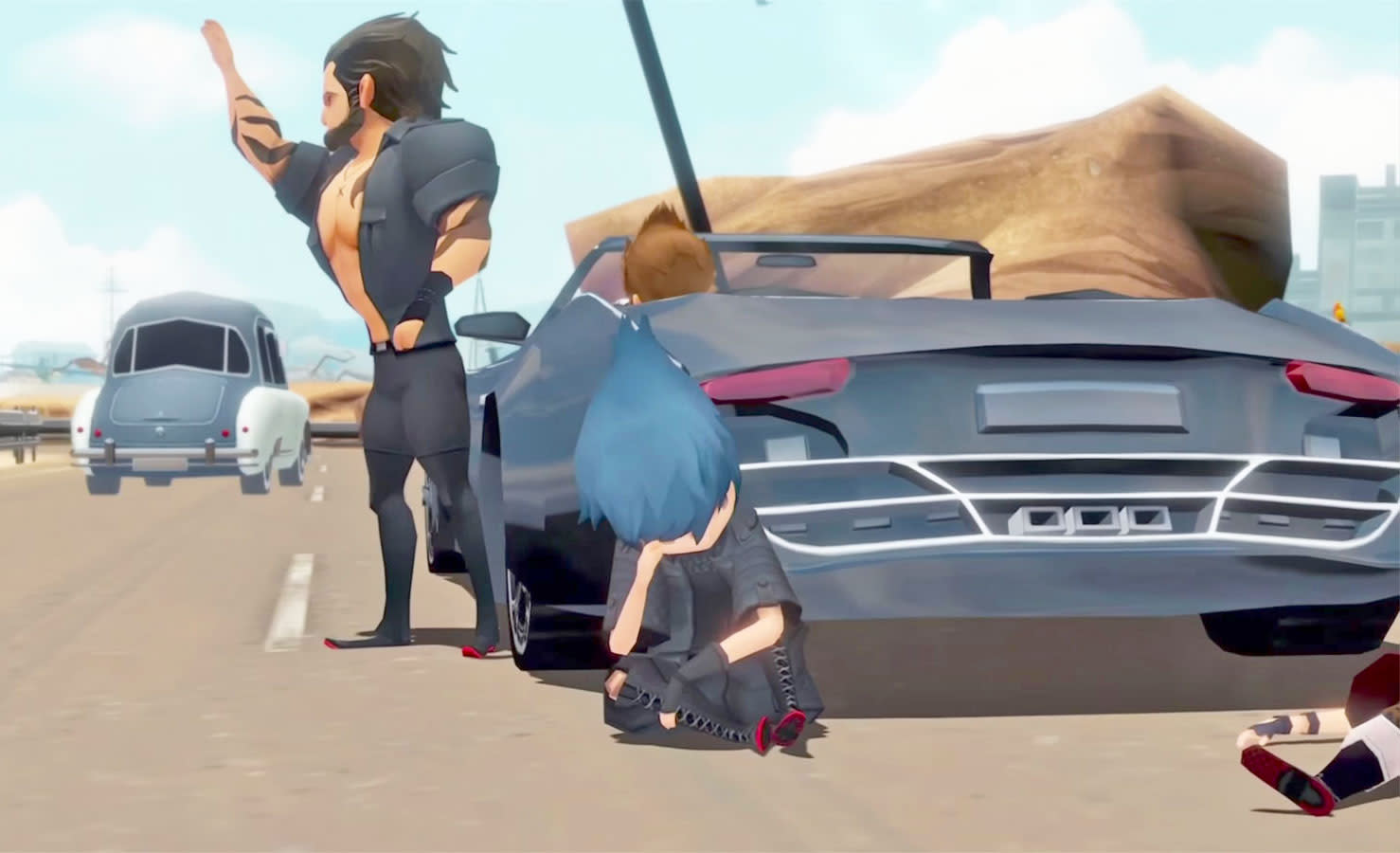 Square Enix is bent on bringing Final Fantasy XV to every platform imaginable, and that includes the phone in your pocket. It just unveiled a Pocket Edition of the road trip role-playing game that will hit Android, iOS and Windows 10 (yes, despite its dwindling influence) this fall. Its first episode will be free to play, while you'll have to fork out an unspecified amount to continue the tale of Noctis and crew. The title includes the "main story" and characters, but don't expect a carbon copy of the game you can buy on your console.

For one... well, look at it. The studio is adopting a "cute" art style that it believes will appeal to both newcomers used to mobile games as well as series veterans (that's debatable -- we'd say it's just adapting to the reduced processing power). The Pocket Edition also adopts "casual" touch controls, and it adopts more of a top-down perspective than its console counterpart. It looks like many of the core mechanics are still present, though, including cooking.

There's no question that Square Enix is trying to wring as much as it can out of its investment in Final Fantasy XV with the phone-friendly version. At the same time, it also speaks to the importance of mobile: the developer sees mobile gaming as big enough that it can justify bringing an expansive RPG (even if it's a streamlined version) to platforms it might have ignored in the past.

In this article: android, finalfantasy, finalfantasyxv, games, gamescom2017, gaming, ios, iphone, mobile, rpg, squareenix, video, videogames, windows10
All products recommended by Engadget are selected by our editorial team, independent of our parent company. Some of our stories include affiliate links. If you buy something through one of these links, we may earn an affiliate commission.