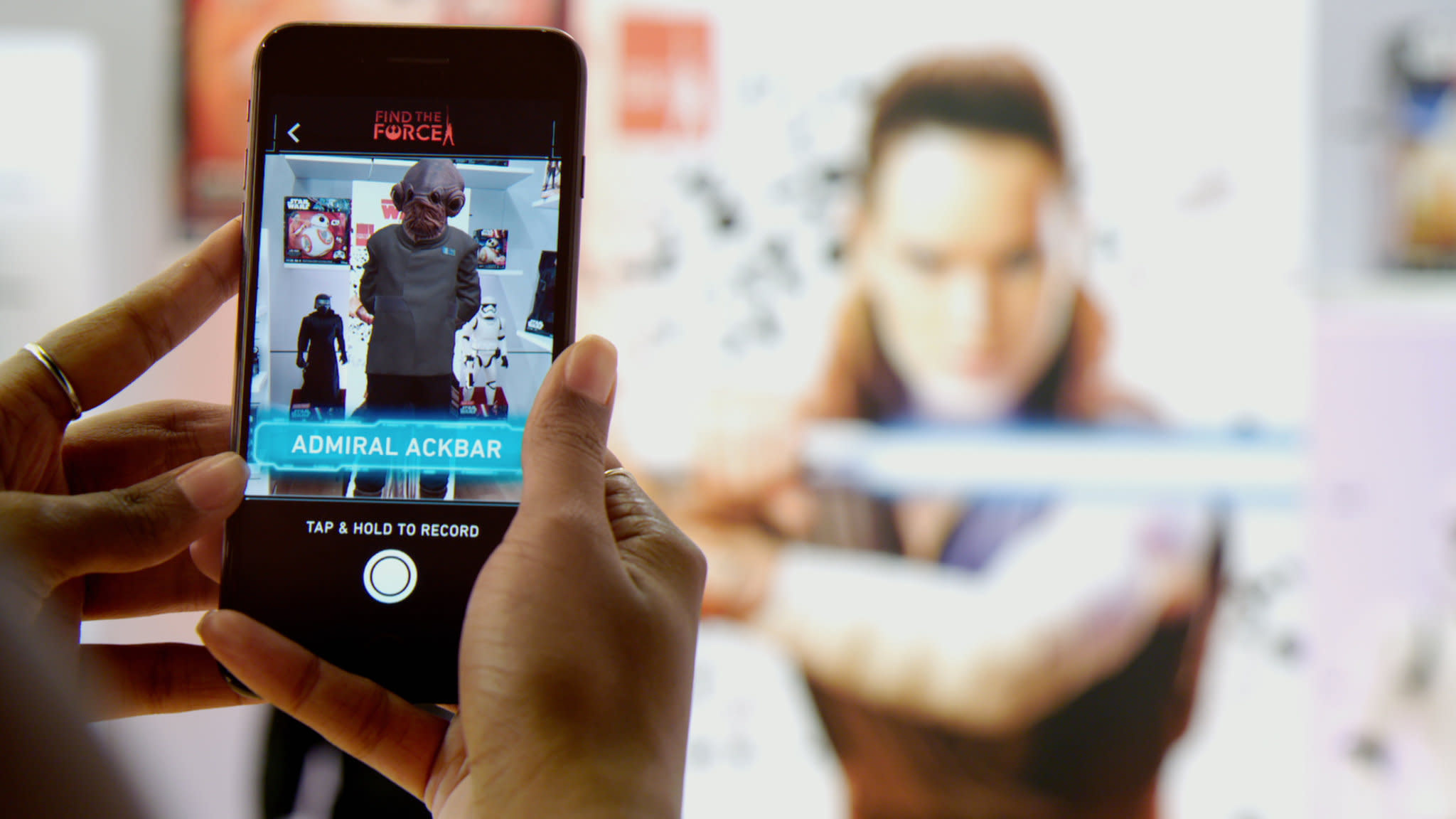 Luckily for George Lucas, Fox didn't give a hoot about toy licensing for the original Star Wars, but Disney sure as hell does. To make sure its September 1st Star Wars: The Last Jedi Force Friday II toy launch event is a success, it has added an augmented reality component called Find the Force. You'll be able to scan new in-store physical displays that feature characters like Rey and the new "Executioner Stormtrooper," and those characters will come to life on your screen, Pokémon-style.

To make sure you come back again, scanning the same display on a different day will show a different character. There will be up to five different displays in the larger stores, and you'll see as many as 15 different characters: Chewbacca, Admiral Ackbar, and Supreme Leader Snoke's Praetorian Guard among them. A new character will supposedly be revealed on the first day, September 1st. If you gather enough, you'll get bonus "data chip" tokens that will unlock video clips, character emoji and other digital collectibles.

Lest you think this is a minor PR stunt, Find the Force will be available in 20,000 stores in 30 different countries, including Best Buy, Apple, Kohl's and Petco(?). The aim is likely to generate some excitement at phsyical shops so that kids and fans can experience the toys, rather than just browsing them online. The displays will stay in stores until the end of the year, when Star Wars: The Last Jedi comes to theaters (December 15th, 2017).

It's not the first time Disney has dabbled in AR, as the original Star Wars app featured a Stormtrooper, BB-8 and other characters. As for the toys, expect to see a new Force Link Band that plays dialogue from action figures when placed next to them, including a new Kylo Ren model. There's also a new BB-8 playset that features a First Order base and some new posters.

In this article: AR, AugmentedReality, av, Disney, entertainment, ForceFridayII, mobile, Promotion, StarWars, StarWarsTheLastJedi, TheLastJedi, video
All products recommended by Engadget are selected by our editorial team, independent of our parent company. Some of our stories include affiliate links. If you buy something through one of these links, we may earn an affiliate commission.