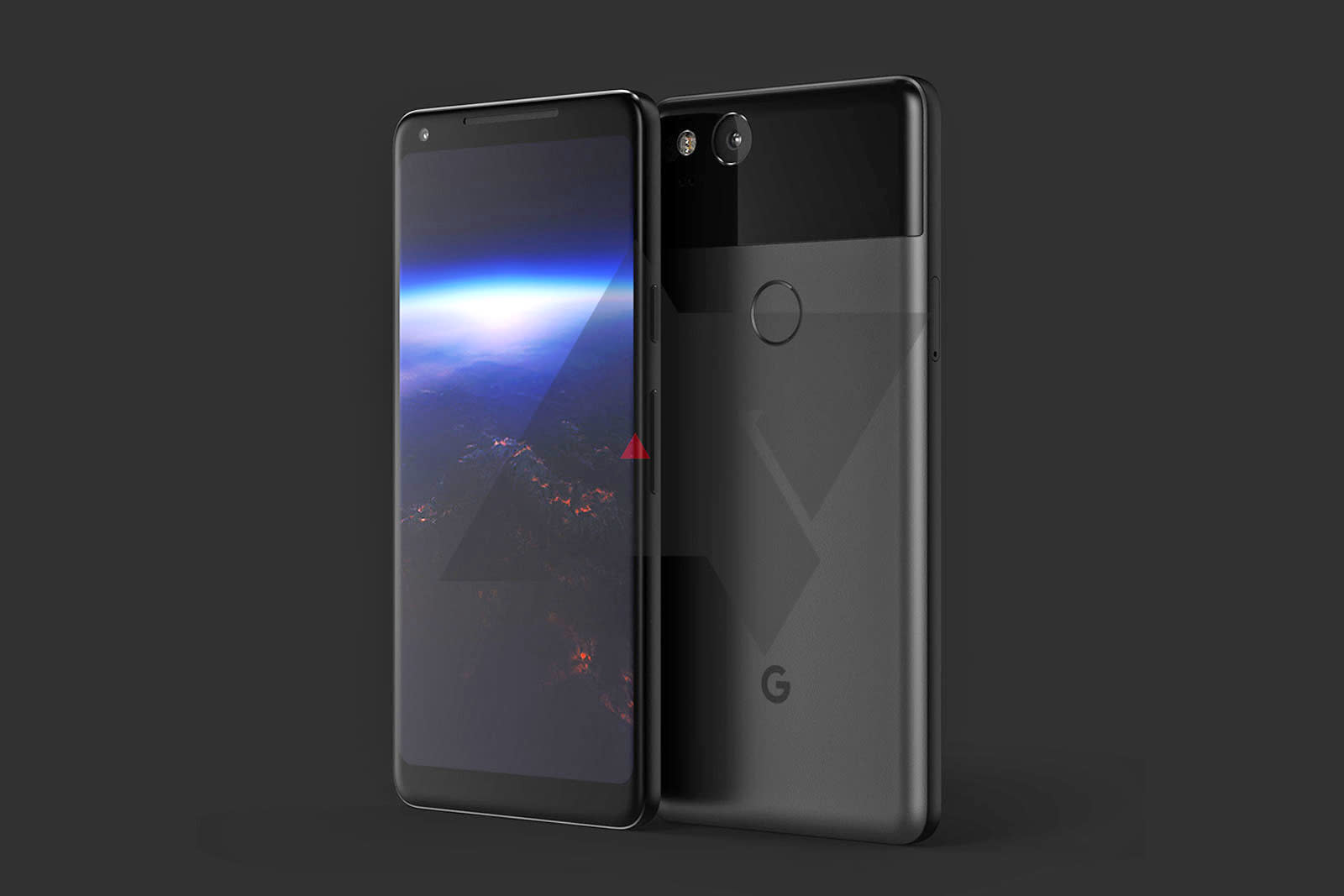 If you need to see Google's next-gen Pixels before deciding whether to get the Samsung Galaxy Note 8, don't worry -- you might only need to wait for a few more weeks. Evan Blass, known for his accurate mobile leaks, has tweeted that Google will be revealing the second generation of its Pixel handsets on October 5th. He also said that both regular-sized and XL versions will be powered by Qualcomm's upgraded chip, the Snapdragon 836, which HTC hinted at in its FCC filing. According to previous reports, HTC made the smaller model, while Google put LG in charge of the larger one.

If the older leaks about the devices are true, then you're waiting for rather basic-looking phones with HTC's border squeeze controls. They reportedly don't have dual cameras like most new releases these days, and it's believed that Google took cues from the latest iPhones and removed their headphone jacks. Other possible features include 1440p screen resolution, 4GB of RAM and up to 128GB of storage. The photo you see above, which was obtained by Android Police, shows what the devices could look like. No point in guessing its features and looks at this point, though -- if the date Blass tweeted is spot on, we'll get to know them real soon.

In this article: evleaks, gear, google, googlepixel2, mobile, pixel
All products recommended by Engadget are selected by our editorial team, independent of our parent company. Some of our stories include affiliate links. If you buy something through one of these links, we may earn an affiliate commission.