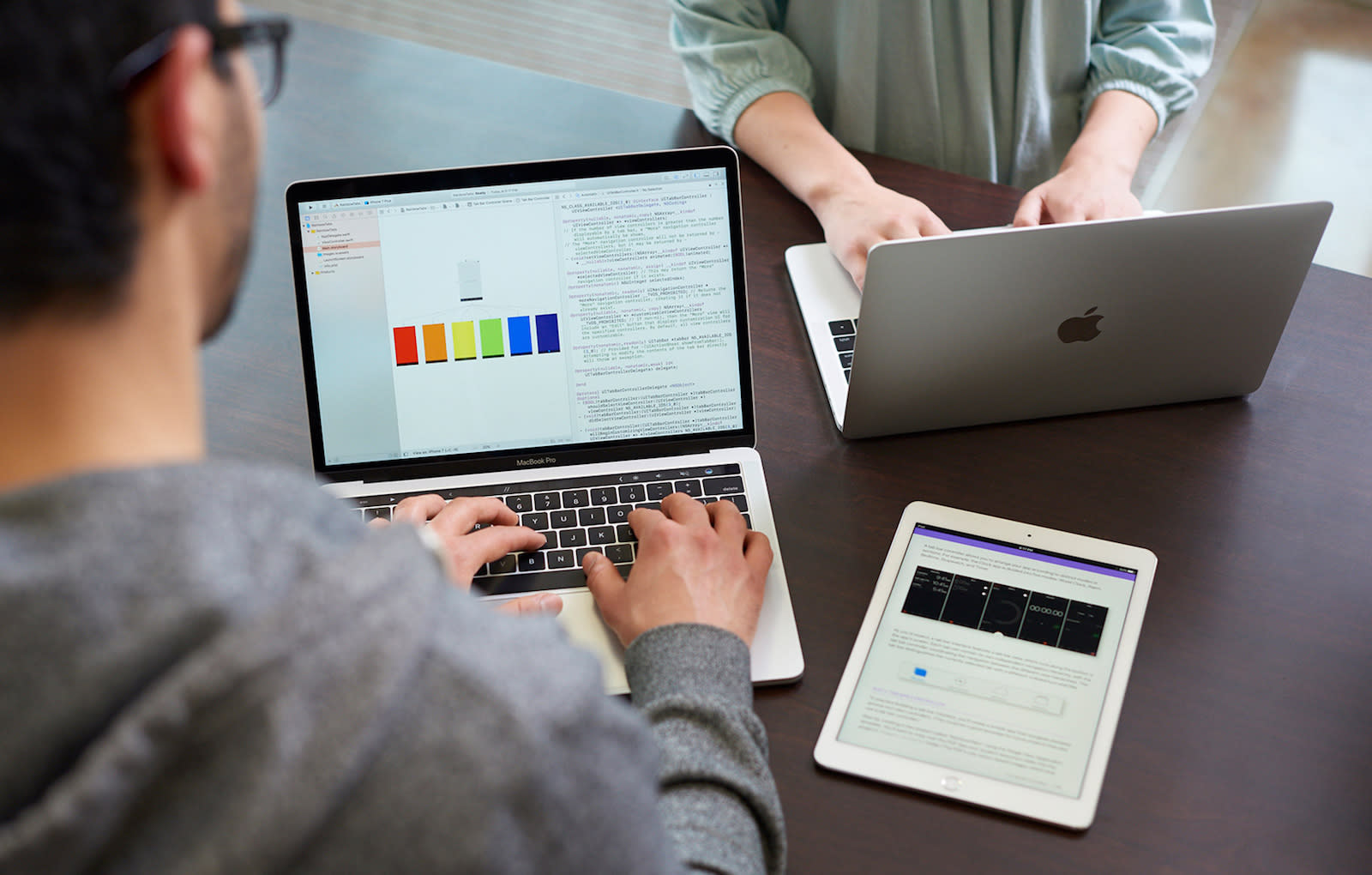 In May, Apple launched a free app development curriculum that includes around 180 hours of training as well as lesson plans, exercises and instruction guides. Today, the company has announced that over 30 community colleges across the US have incorporated the App Development with Swift curriculum into their course offerings for the upcoming school year.

Colleges that will offer the course include institutions in Mississippi, Kansas and Alabama, among others. Austin Community College District, which has 11 campuses in eight counties and serves 74,000 students, is also one of the schools that has adopted the curriculum. "We're thrilled to have Apple join our mission to make Austin more affordable for people who already live in the city," Austin Mayor Steve Adler said in a statement. "Apple is going to be a force multiplier in the community's ongoing efforts to lift 10,000 out of poverty and into good jobs over the next five years."

This early adoption of Apple's new program is a testament to the attention educators are giving app development and coding in their curricula. And with learning to code becoming more and more accessible at earlier ages -- through both school-based initiatives like Apple's Everyone Can Code as well as the slew of toys and apps that are now geared towards young children -- the demand for such courses in higher education is only going to grow.

"We've seen firsthand how Apple's app ecosystem has transformed the global economy, creating entire new industries and supporting millions of jobs," said Apple CEO, Tim Cook. "We believe passionately that same opportunity should be extended to everyone, and community colleges have a powerful reach into communities where education becomes the great equalizer."

In this article: AppDevelopment, AppDevelopmentWithSwift, apple, coding, design, education, gadgetry, gadgets, gear, mobile
All products recommended by Engadget are selected by our editorial team, independent of our parent company. Some of our stories include affiliate links. If you buy something through one of these links, we may earn an affiliate commission.